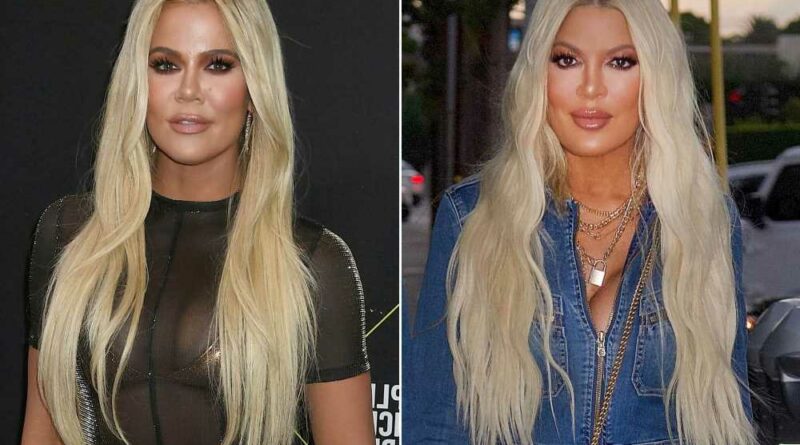 Plastic surgeons reveal what work Tori Spelling may have had done

Tori Spelling then and now: Photos of her transformation through 2021

She’ll take it as a compliment.

Tori Spelling is “honored” to hear fans think she bears a striking resemblance to Khloé Kardashian after unveiling her new look.

When asked whether looking like Kardashian, 37, was what she was “going for,” Spelling responded, “No, but I’m honored to get that compliment.”

The mother of five also shared that she hasn’t yet heard from the “Keeping Up With the Kardashians” star about the comparisons.

Last week, Spelling stepped out in Los Angeles to celebrate the wrap of MTV’s “Messyness” and shocked fans with her altered appearance — which top New York City plastic surgeons told Page Six they believe is the result of cosmetic enhancements.

However, it wasn’t just the “BH90210” alum’s face that looked like Kardashian, but also her wardrobe.

For the night out with her “Messyness” co-host, Nicole “Snooki” Polizzi, and her hairstylist, Laura Rugetti, Spelling wore a denim jumpsuit similar to one Kardashian has worn in the past.

“Tori Spelling stole Khloe Kardashian’s whole look and she looked good while doing so too,” one person tweeted.

Another quipped, “How nice of Khloe Kardashian to let Tori Spelling borrow one of her heads.” 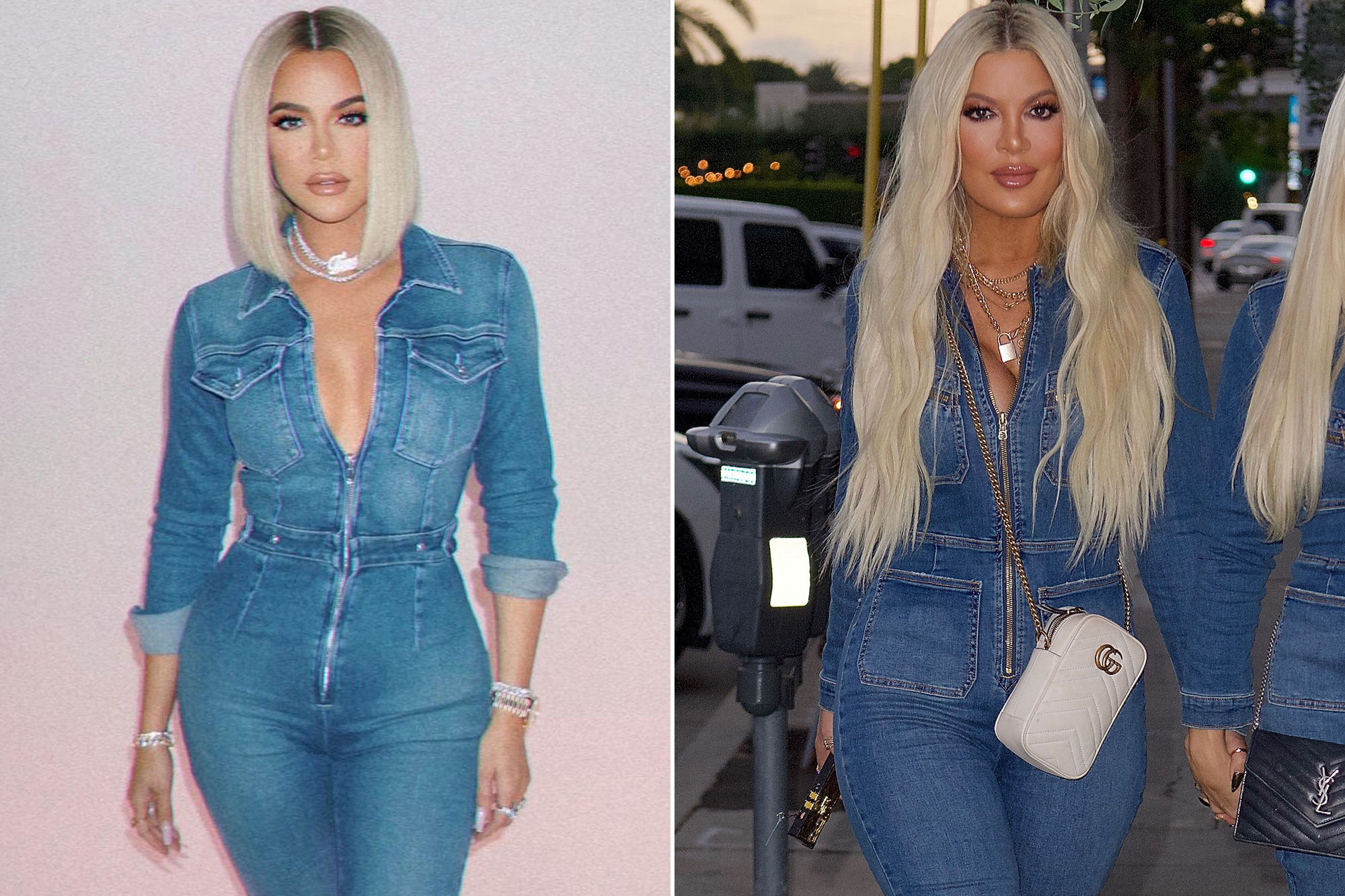 Kardashian has been called out herself for her evolving look over the years.

In August 2020, the Good American founder was criticized for using a FaceTune filter after it was revealed that a glamorous Instagram shot posted in May was taken on the same day as an episode of “KUWTK” filmed — and yet she looked completely different.

At the E! show’s reunion in June, Kardashian admitted to getting her nose done once and some injections.

“Everybody says, ‘Oh, my gosh, she’s had her third face transplant!’ But I’ve had one nose job,” she said, adding, “I’ve done, sure, injections — not really Botox. I’ve responded poorly to Botox.”

Meanwhile, Spelling has not revealed which procedures are responsible for her transformation, but doctors told us a brow lift, lip injections, filler and a possible face lift are among the work she may have had done.