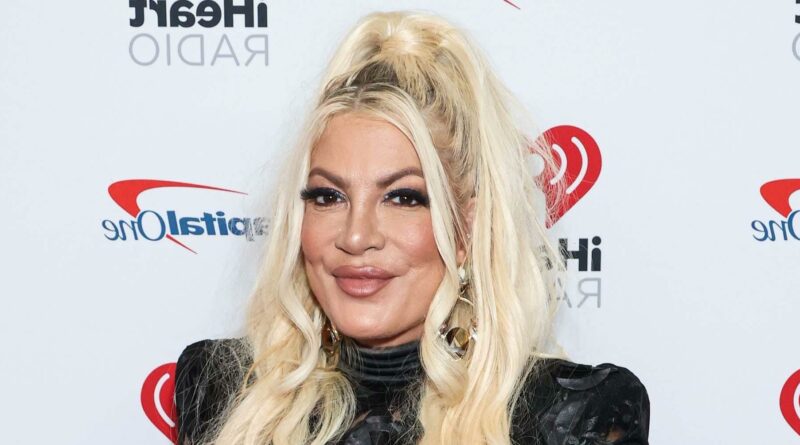 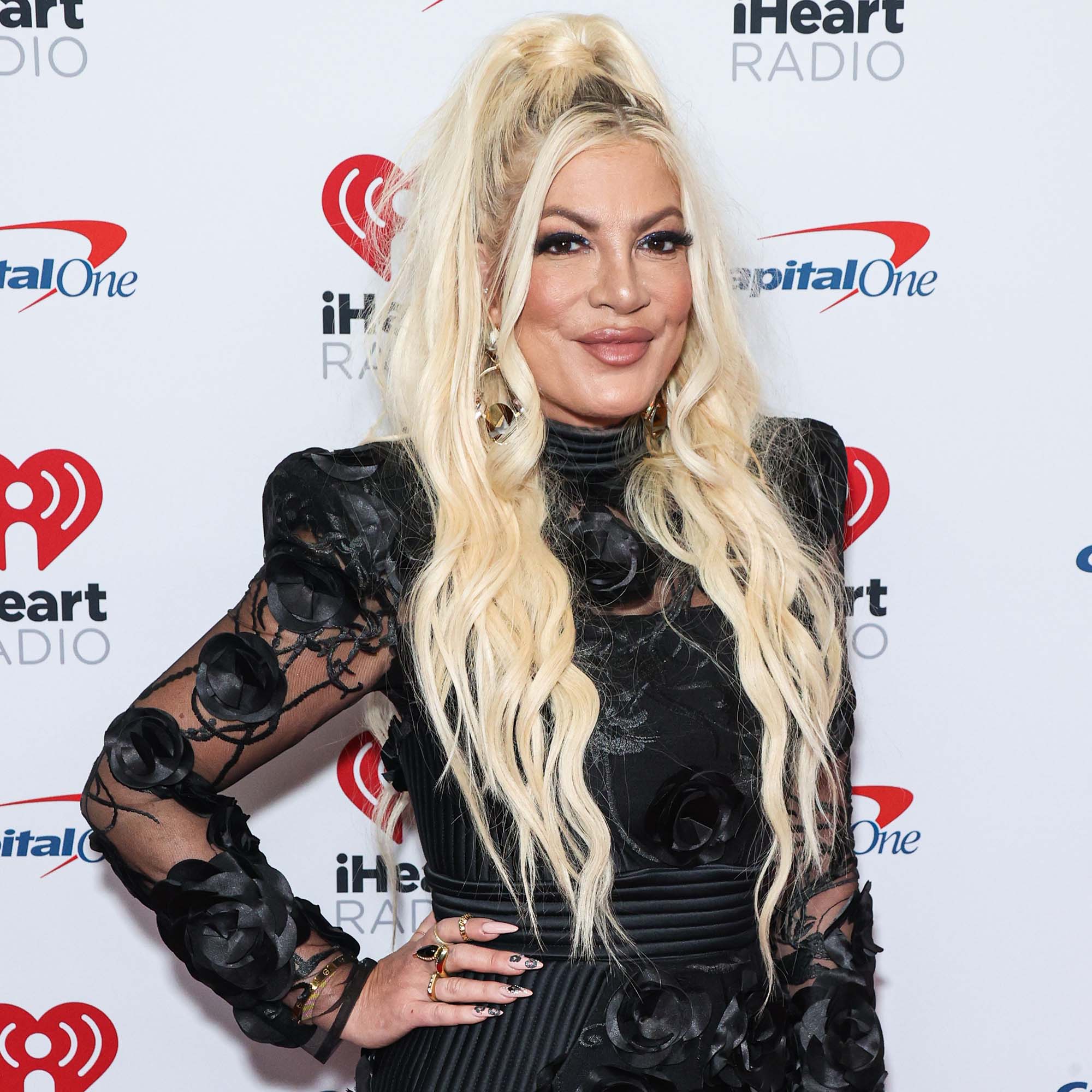 Tori Spelling and husband Dean McDermott are dealing with another health scare in their family.

“The hits just keep coming😭,” the Beverly Hills, 90210 alum, 49, wrote via Instagram on Wednesday, January 11, sharing a photo of daughter Stella, 14, lying on a hospital bed.

Stella — one of Spelling’s five children with McDermott, 55 — wore a hospital gown in the pic and was hooked up to various wires. Stella also donned a face mask in compliance with COVID-19 safety regulations. 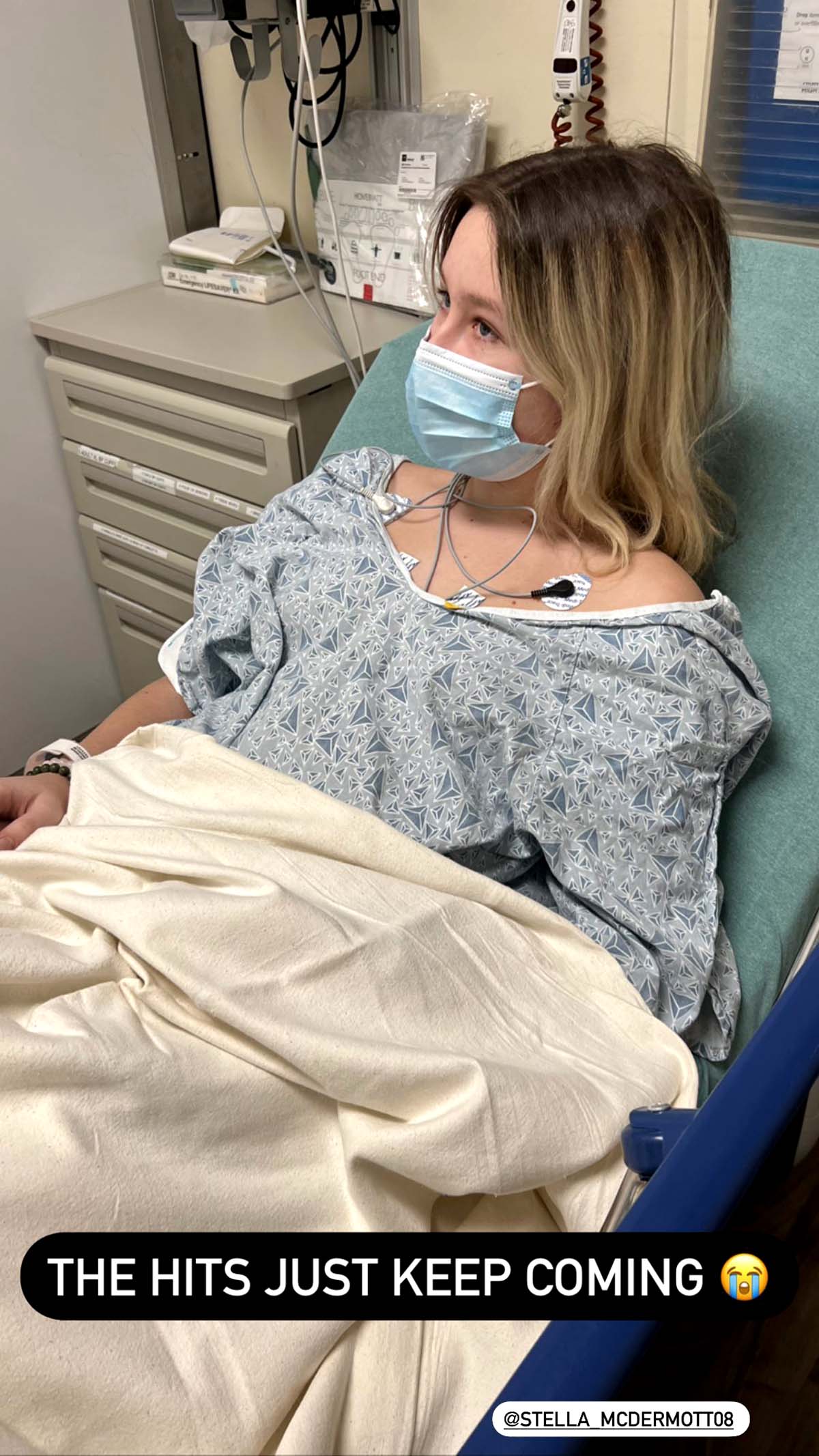 Spelling — who shares Liam, 15, Stella, Hattie, 11, Finn, 10, and Beau, 5, with the Chopped Canada host — did not immediately specify details about Stella’s illness, though the teenager’s health challenges come shortly after the actress’ own hospitalization.

“Here I am in [the] hospital since late last night,” the True Tori alum wrote via her Instagram Story in December 2022, noting that she had a hard time breathing, high blood pressure and “crazy” dizziness. “To all of you who gas lit me when you were told I [was] too sick to work, well here I am. How about next time [you] take someone at face value and show kindness instead of doubtfulness.”

Spelling was ultimately released from the medical facility before the holidays, not long after Beau came down with an undisclosed illness. The former child star revealed earlier last month that her youngest son had missed school for three weeks after feeling under the weather.

While Beau had started to feel better before the new year, he [contracted another ailment — as had his brothers, Liam and Finn, who were experiencing high fevers, vomiting and stuffy noses. “Parents, are you finding this to be true as well?” Spelling asked her social media followers. “That our kiddos are just getting sick again as soon as they get back to school? It’s like groundhog’s day.”

Despite her children’s various medical challenges, Spelling made sure to embrace the festive spirit during their Christmas and New Year’s celebrations.

“It’s currently the Christmas season, and I have seven kids right now because we have [Dean’s] ex’s two kids — so one from his [past] marriage, my stepson, and then her daughter — living with us,” the Masked Singer alum told Bethenny Frankel during a December 2022 episode of her “ReWives” podcast, referring to McDermott and ex-wife Mary Jo Eustace’s son, Jack, and his half-sister Lola. “We have a big blended family right now. The more, the merrier!”