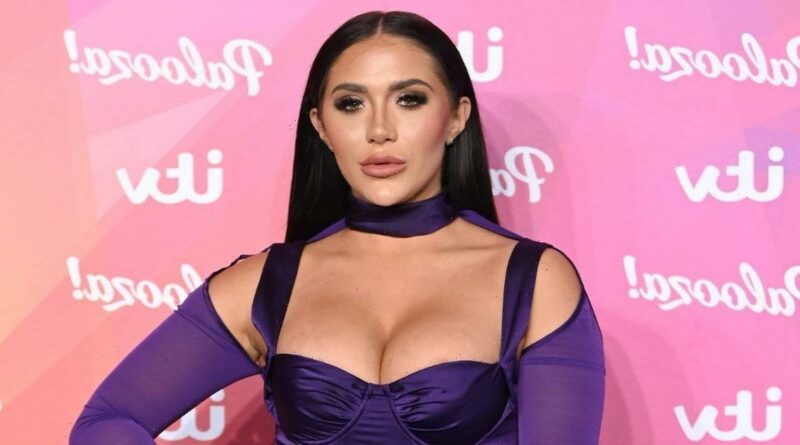 Just when you thought The Only Way Is Essex star Chloe Brockett couldn’t get any more glam, she’s only gone and got herself a fringe – and it might just be her best look yet.

The 21 year old jumped on her Instagram Stories to reveal her new hairstyle with her long, dark tresses styled in loose waves, complete with chic, feathered bangs.

It’s a whole new look for Chloe, who typically wears her dark chocolate locks in a classic side parting teamed with sleek retro curls.

With her new wispy fringe, the Essex beauty looks incredibly similar to her mum Clare, who also joined the ITV2 reality show back in 2019.

Although we wish the look was permanent, it appears that Chloe’s fringe is only a clip-in and was part of a photo shoot for her new collaboration with Riri Hair Extensions, which officially launches on the 11th of December.

But that’s not all Chloe’s been up to recently. The reality star has been unveiled as one of the famous faces set to go looking for love on the latest series of E4’s Celebs Go Dating, which is set to launch in early 2022.

She’ll be joined by a whole new batch of celebrity singletons like Made In Chelsea’s Miles Nazaire, Married At First Sight UK star Nikita Jasmine and former Gladiators presenter and model Ulrika Jonsson.

The star officially announced she’d be joining the show back in October, sharing the news to her 343K Instagram followers with a picture of herself on set.

In the caption of the post, Chloe writes; “Well the news is officially out… I’m going to be going on @celebsgodating, who’s excited?”.

Fans of the star appear thrilled with the news, with many flocking to the comments section to share their excitement.

“Yayyyy can’t wait to see you on this,” one person writes, whilst another adds, Steal the show like you are on TOWIE.”

She may not be making the fringe permanent but we expect Chloe won’t have any trouble getting dates on the E4 show – what a stunner!

For all the latest beauty news, tips and tricks, sign up to the OK! Daily Newsletter here.