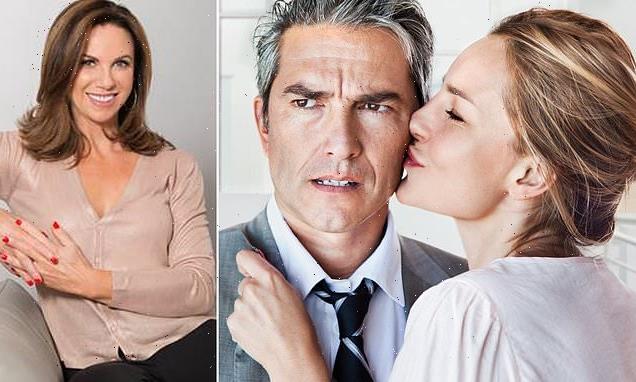 Are YOU dating a commitment phobe? Tracey Cox reveals 11 ways to spot someone who’s terrified of intimacy – and the tricks that might just change their mind

Anyone over the age of 14 knows what that really means.

It means, ‘It’s over and I don’t quite know how to tell you yet, so I’m going to start seeing you less and less in the hope that you won’t notice when I finally don’t show up at all’.

That’s what most of us mean when we trot out those three not-so-magic words.

There’s a certain type of person who means exactly what they say when they say they need space: the commitment phobe.

People who are commitment phobic fear people getting close to them or making any decisions that require long-term commitment.

We recognise them instantly in fiction: Big on SATC and Christian Grey in Fifty Shades are obvious examples. But what about in real life?

That’s a little tougher – but there are giveaway signs.

Your relationship isn’t doomed if you recognise one or two of these. Score more than four and you need to sit up and pay attention. 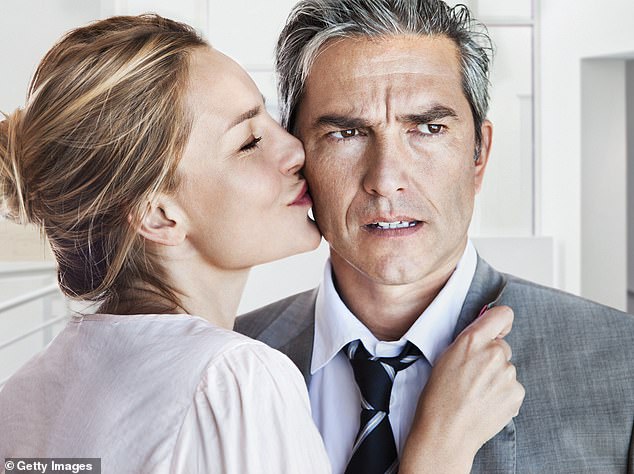 Are you dating a commitment phobe? There are 11 crucial questions to ask yourself that will give you an insight into your relationship (stock image)

They tell you they don’t want a commitment

Commitment phobes don’t hide their disinterest in intimacy and often say, ‘I’m not sure I want a relationship right now’, or ‘I don’t really do relationships/commitment’.

They’ve only had short-term or ‘casual’ relationships.

Even if they did manage to chalk up a relationship that lasted more than six months, they’ll still label it because ‘nothing special’. Scratch the surface of those that did seem significant, and you’ll often find they hooked up with another commitment avoider and both led quite separate lives.

They don’t properly engage with you.

You send a long, loving text with lots of information about your day and asking about theirs; their reply is ‘Glad you’re having a nice time’. No emojis or kisses. 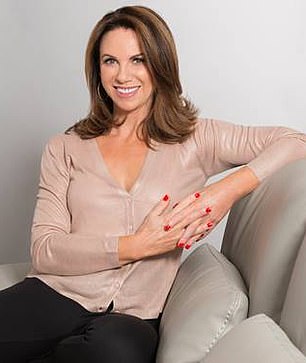 Even if you’ve just had a great night, don’t hold your breath waiting for that good night text waxing lyrical about how wonderful you are. They don’t feel like they’ve made an emotional attachment because, well, they haven’t.

They don’t like signing on the dotted line – for anything.

Commitment phobes aren’t just scared of committing to relationships. Anything that ‘ties them down’ scares them: a mortgage, future holiday plans, a rental agreement. What else have they committed to in their lives?

They’ve had a bad experience in their past. Look at the past of most commitment phobes and you’ll usually find the reason why they’ve ended up that way.

They’ve been married or in a long-term relationship that ended badly.

Their parents divorced and they saw the fall-out. Even worse, their parents are together but utterly and completely miserable or venomous.

Their experience of relationships isn’t fab.

They need to be in control.

If your partner hates being told what to do, watch out. Commitment phobes are often defensive and argumentative if you take control of a situation because they like being the ones in control. If they’re in control, they can control their emotions and they can’t get hurt. That, of course, is ultimately what they’re scared of.

They cancel at the last minute and reschedule constantly. They’re always late because they resent having to be somewhere at a certain time. It’s the same with money: they don’t pay bills until they’ve had several ‘overdue’ warnings.

If your partner hates tying themselves down to anything, even a few days in advance, be afraid. If they also don’t reply to messages, calls or texts for days, be very afraid.

They aren’t affectionate and don’t like talking about their feelings.

Again, it’s the control thing. If they tell you intimate things about themselves, they’ve given you the power to hurt them.

They’ll avoid any PDA’s because it suggests you’re ‘official’. They won’t say ‘I love you’ back or, if they do, it’s only when they’re drunk. Lots of commitment phobes won’t share deep thoughts about anything, not just the relationship.

They panic at the mere mention of commitment – even if it’s not in relation to them.

WHAT DOESN’T MAKE YOU A COMMITMENT PHOBE

Needing time or having doubts

We all need time to make big decisions like marriage or moving in. Not being 100 per cent sure of something doesn’t make you commitment phobic either.

Even people who are happily married still have those moments after an argument when the doubts creep in (‘Yup. I bloody well knew it! I’ve made a mistake’).

The world has never been more uncertain.

None of us know what the future holds; all you can do is make a sensible choice and put all you’ve got into making it work.

If your partner is taking things slow but the relationship is moving forward, they DON’T tick the commitment phobe box. They also don’t qualify just because…

They want to commit to more than one person

Not everyone wants a monogamous relationship.

Some people are fully able to commit to long-term involvement, just not with one person only.

While it’s unlikely to become the new norm, polyamory is almost certainly headed towards being an accepted alternative, rather than stigmatised, as it has been in the past.

Say, ‘My friends Lily and James have decided to move in. I’m so happy for them,’ and they’ll change the conversation rapidly. Ask them to come to your best friend’s wedding with you and they’ll manufacture an excuse why they can’t be there in seconds.

They talk negatively about marriage or love and talk a lot about the ‘pressure’ of being in a long-term relationship.

If they talk about the future, it doesn’t involve you. Commitment phobes continue to plan their lives – book holidays, buy or rent a new house or flat, plan overseas career moves – without thinking to factor you in at all.

You meet someone you’ve been seeing for eight months for a drink, only to find out they’re moving the next day and that’s the last time you’ll ever see them.

So that’s eleven signs your partner (or you) struggle with intimacy.

Here’s how to move the relationship forward (if it can be!).

Your friends are buying houses and having babies and you’re still struggling to get your partner to commit to Christmas with your family?

Here’s how to move the relationship forward (if it can be!).

Check you’re not rushing into things

All relationships need to grow and move forward in order to last. That’s why people move in, get married, renovate houses and have kids – you need to do new things together to keep it interesting.

Rushing to get to the finish line, though, makes everyone nervous. The first thing to ask yourself is: Am I asking for a commitment too soon?

Have you been together at least a year? That’s a good benchmark for a serious commitment.

Find out why they’re not ready

If you’re absolutely convinced that what you’re asking is reasonable and your partner comes back with, ‘I’m not ready to make a commitment,’ the obvious question to ask is, ‘Why? What are you waiting for?’

You’ll get one of two responses to this.

The true commitment phobe will say, ‘I don’t know but that’s all there is to it’. In other words, end of discussion.

If that’s the answer you get, bail, because there is no solution if they don’t know what the problem is.

If, instead, they say, ‘Look, I’m not ready now but I might be in the future,’ that’s more promising. Again, ask what it is they’re waiting for. Do they have doubts about how they feel about you? Or is it because their parents had a nasty divorce?

If they open up and tell you the reasons why, stick around. They might just need time before they truly trust you.

The guy who doesn’t want to get married just yet might be waiting until he’s more financially secure. Same goes for women.

If your girlfriend’s crossing the street to avoid bridal boutiques, it might be because she’s terrified she’ll turn into Mum and lose her independence.

The way to get around all this is to spell out, very clearly, what marriage, moving in, monogamy or whatever it is you’re discussing means to each of you.

Is it a simple case of lacking courage?

It takes guts to say to someone, ‘Okay, I’m choosing you and only you as the person I’m going to spend the rest of my life with, regardless of who I might meet.’

That’s a big call! Let them know it’s normal for everyone to have doubts.

Some commitment phobes are simply too idealistic. They want a solid gold guarantee the relationship will work forever. If your partner thinks like that, point out, ever so gently, that relationships don’t come with warranties like the telly does. They’re being a tad unrealistic.

Work out your bottom line. What’s the minimum level of commitment you’ll accept? Spell this out to them very clearly and give them a week to think about it.

If they can’t meet your ultimatum, move on.

Drop your level of commitment

If you want more commitment from your partner, try dropping your level of commitment to them.

Don’t return phone calls immediately, go out on your own with friends and don’t rush to contact them afterwards: let them know they’re not so special you’ll hang around forever.

Make it clear your life will go on quite happily without them. Say you’re considering applying for a job overseas, travelling for a few months (solo), buying a flat (solo).

This usually has one of two effects: they suddenly realise you’ll move on if they don’t get their act together and they do. Or they don’t even notice.

Either way, you’ve got nothing to lose except someone you haven’t got anyway.

Looking for some great present ideas? You’ll find Tracey’s books and her product ranges on traceycox.com. Listen to her weekly podcast, SexTok, wherever you listen to podcasts.