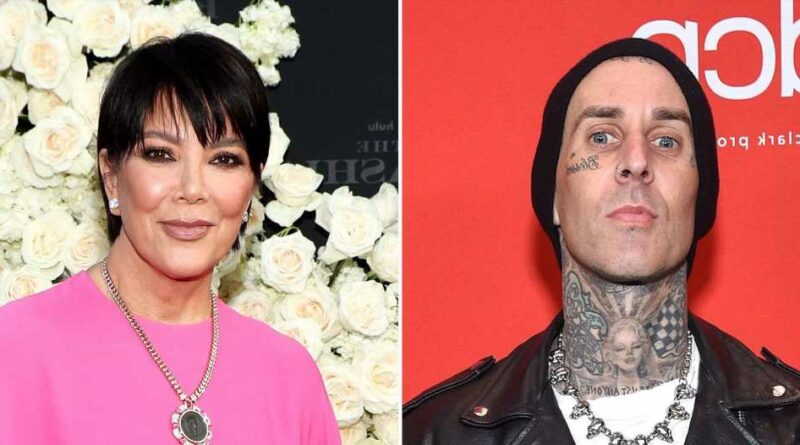 On the mend. Travis Barker has been seemingly discharged from the hospital after his health scare made headlines.

Travis Barker’s Health Ups and Downs Through the Years

The 46-year-old musician, who was struggling with “severe, life-threatening pancreatitis,” shared snaps from outside of the hospital on Monday, July 4, revealing wife Kourtney Kardashian’s mother, Kris Jenner, and boyfriend Corey Gamble sent him flowers.

“Dearest Travis, Get well soon!!!! We love you, Kris and Corey xoxo,” the card alongside an orange bouquet read. 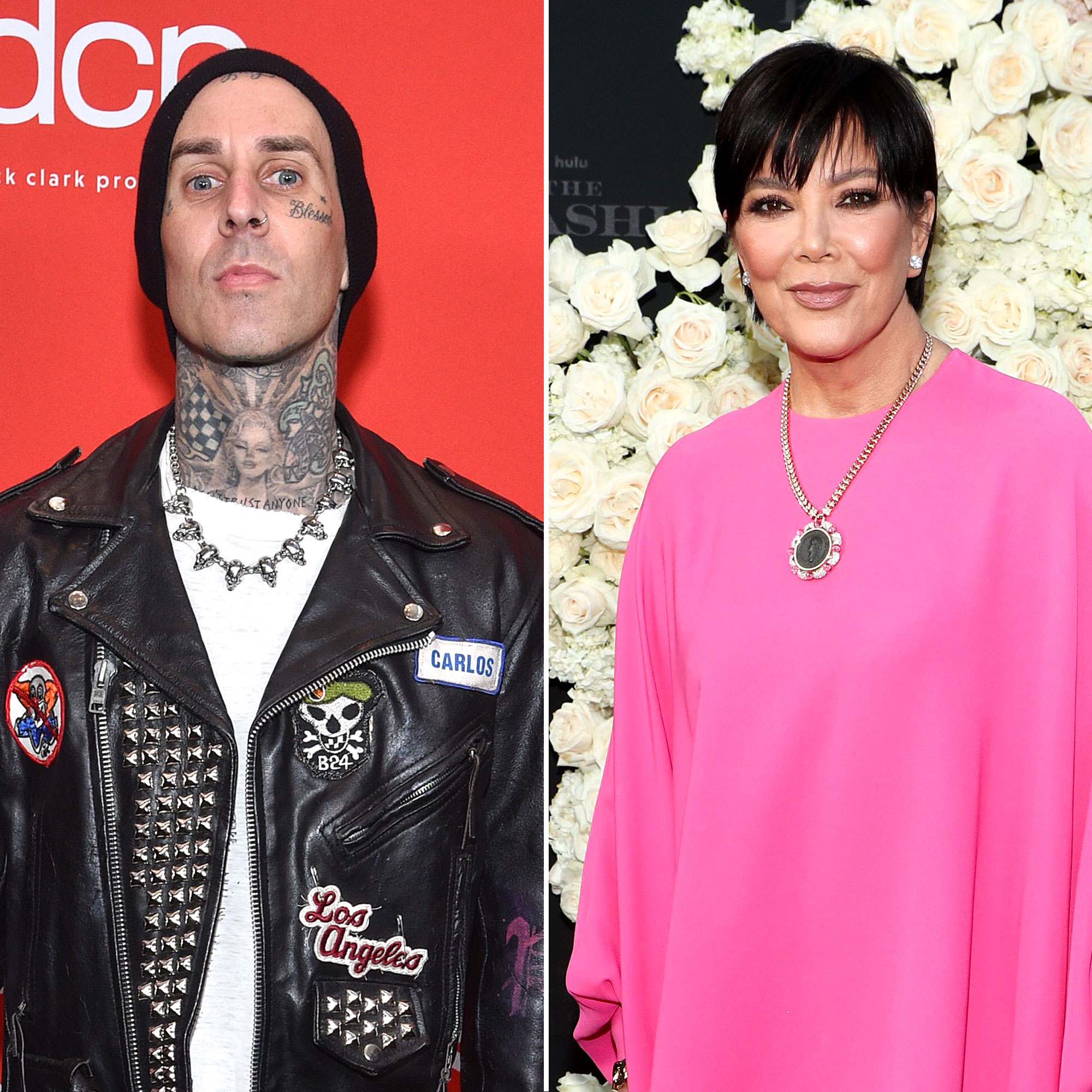 Barker later posted photos of a vintage car and a beach. He previously spoke out about his condition on Saturday, July 2.

Everything to Know About Travis Barker’s Hospitalization After Health Scare

“I went in for an endoscopy Monday feeling great. But, after dinner, I developed excruciating pain and have been hospitalized ever since. During the endoscopy, I had a very small polyp removed right in a very sensitive area, usually handled by specialists, which unfortunately damaged a critical pancreatic drainage tube. This resulted in severe, life-threatening pancreatitis,” he wrote via Instagram. “I am so very, very grateful that with intensive treatment I am currently much better.”

Kardashian, for her part, thanked God “for healing my husband” and the medical team at Cedars-Sinai Medical Center “for taking such wonderful care of my husband and me during our stay.” She added: “Oh what a scary and emotional week it has been. Our health is everything and sometimes we take for granted how quickly it can change.” 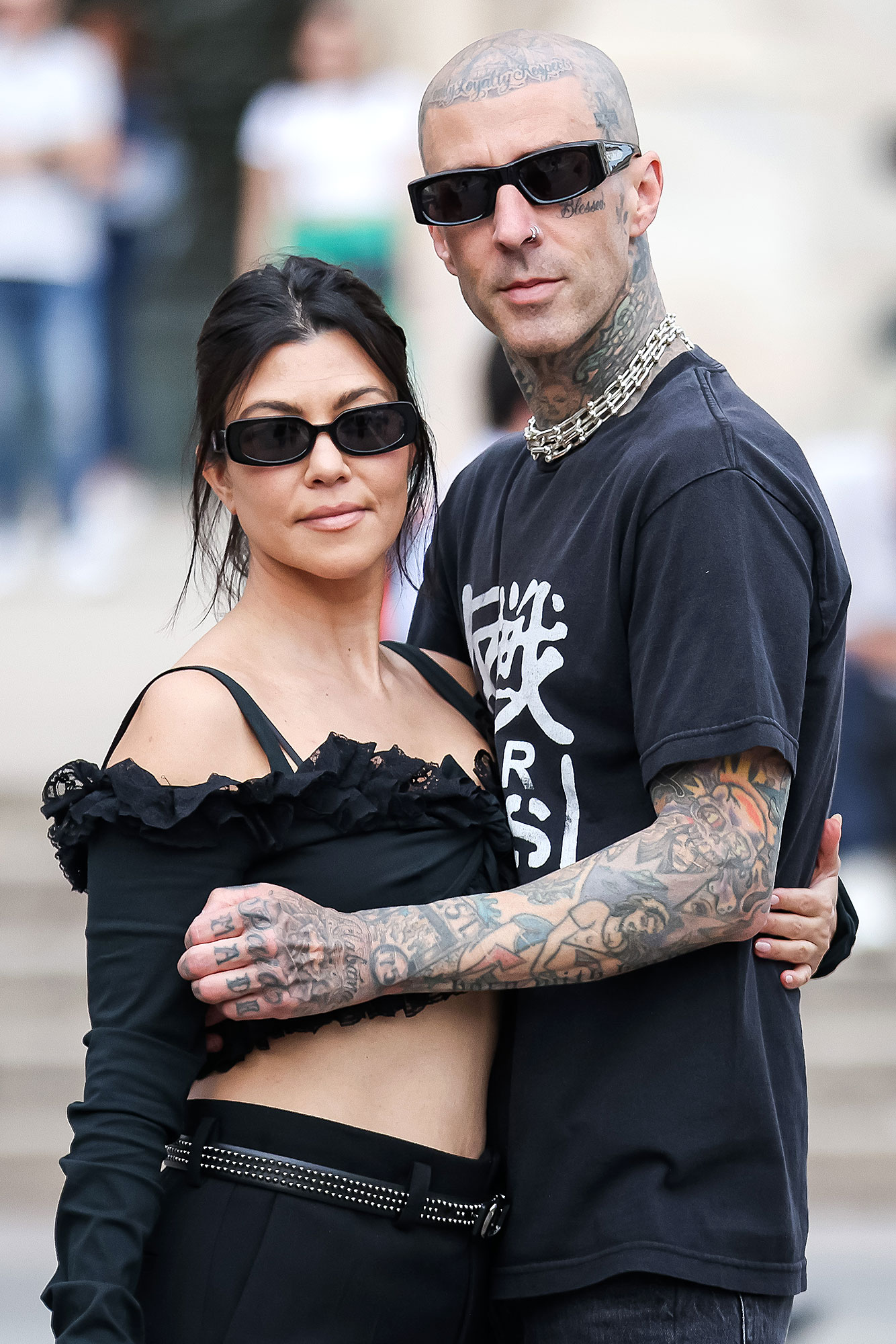 Us Weekly confirmed on June 28 that the Blink-182 drummer was admitted to Cedars-Sinai Medical Center in Los Angeles. The exact details of his health concerns were not known at the time, but the musician was photographed with Kardashian by his side on his way to the hospital.

Hours earlier, Barker raised eyebrows by tweeting, “God save me.” While it happens to be the title of a song he wrote with pal Machine Gun Kelly, the cryptic message sparked concern among fans.

The California native’s daughter, Alabama Barker, quickly took to social media with a plea for well-wishes. “Please send your prayers,” the 16-year-old wrote via Instagram amid her father’s hospitalization.

Alabama is one of Travis’ two children with ex-wife Shanna Moakler. The former couple also share son Landon Barker, 18, who performed with Kelly, 32, at Madison Square Garden in New York City as Travis was rushed to receive treatment. 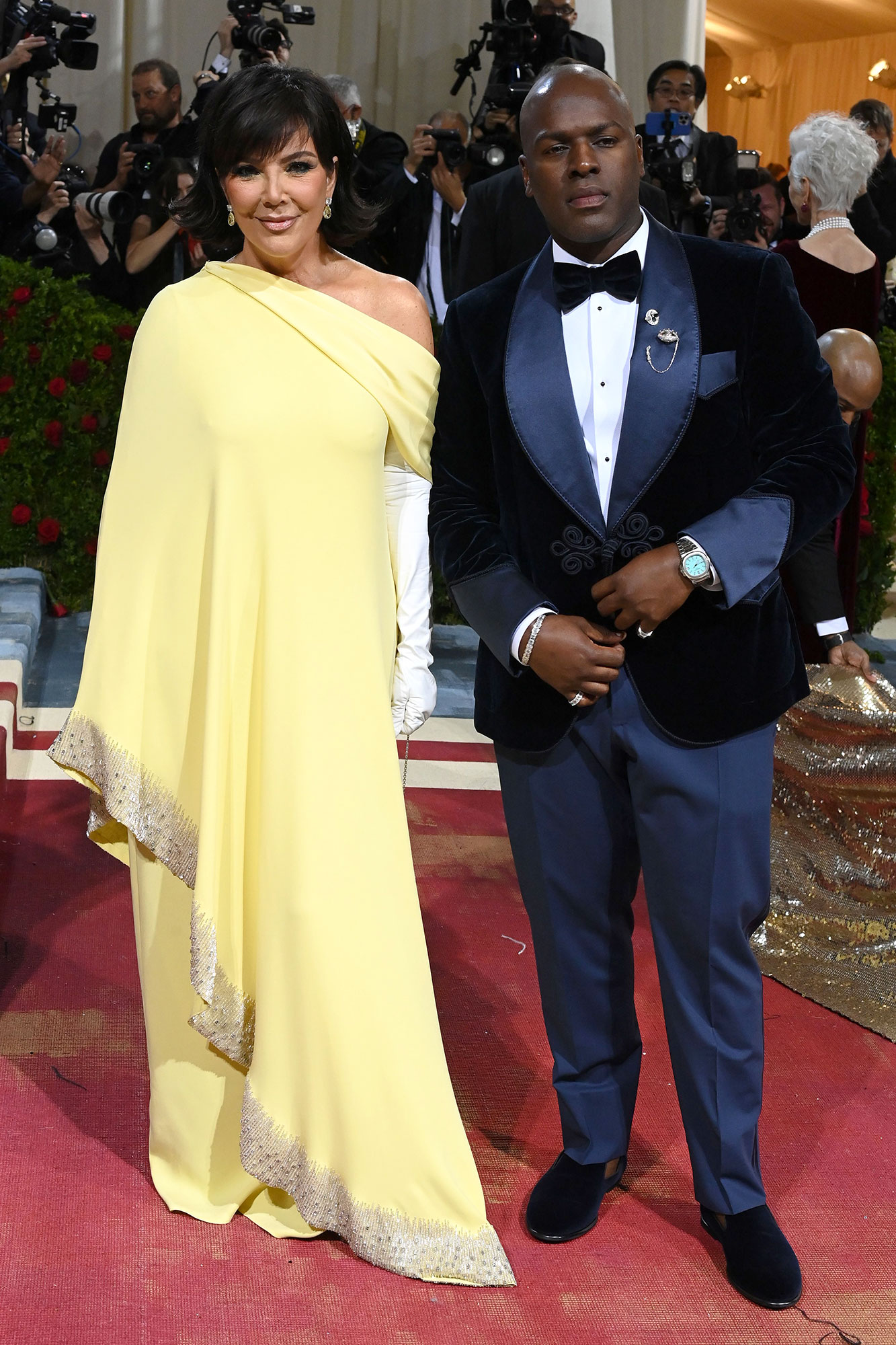 Us confirmed the duo’s romance in January 2021, and the Meet the Barkers alum proposed that October. After attending the 2022 Grammy Awards in April, the couple held a wedding ceremony at a chapel in Las Vegas. The vows were non-binding as the pair did not obtain a marriage license at the time. One month later, they exchanged vows at a California courthouse and during a lavish celebration in Portofino, Italy.

Ahead of his recent hospitalization, the “All the Small Things” artist experienced a handful of ups and downs with his health. Most notably, he was on a plane that killed four people in 2008 and was left with third-degree burns covering 65 percent of his body. Though he avoided flying for years in the wake of the accident, Travis credited the Kardashians star with helping him feel safe on planes again.