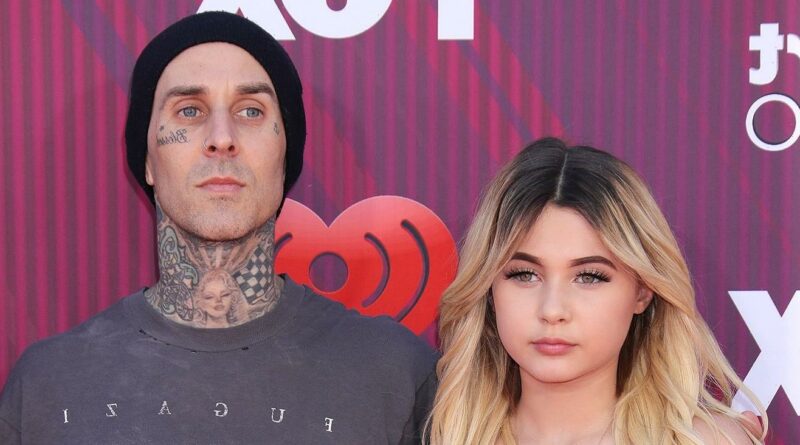 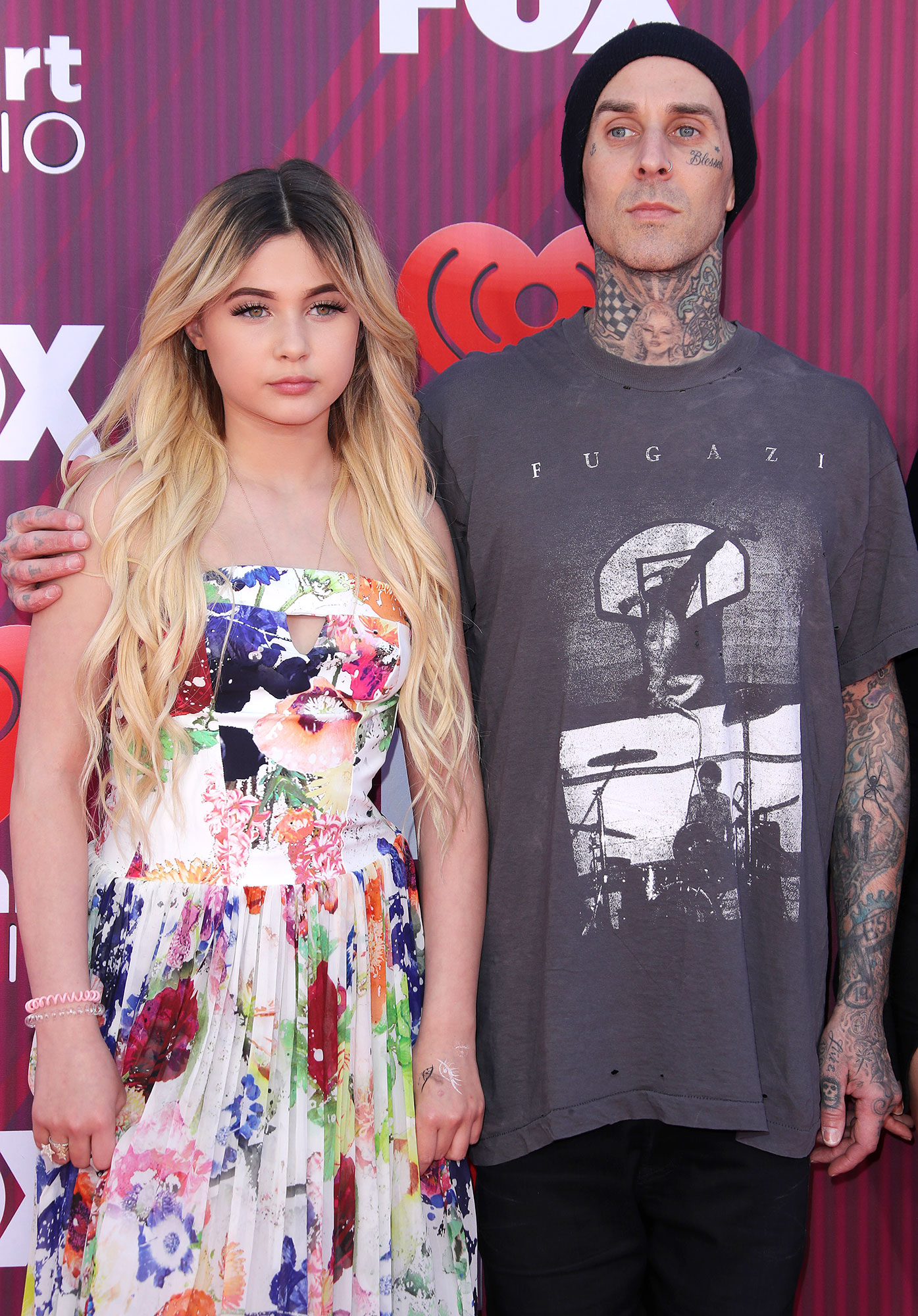 Worried for her family. Travis Barker’s daughter Alabama is requesting well wishes amid her dad’s hospitalization.

“Please send your prayers,” the 16-year-old wrote via her Instagram Story on Tuesday, June 28, after Barker, 46, was seen being transported to the hospital in an ambulance for undisclosed health issues.

Per photos published by TMZ, the Blink-182 drummer and his wife, Kourtney Kardashian, were seen arriving at the West Hills hospital in Los Angeles after he suffered some sort of health problem. The rocker was then taken by an ambulance to Cedars-Sinai Medical center while Kourtney, 43, was photographed by her husband’s side.

Just hours prior to Barker’s hospitalization, the musician shared an ominous message via Twitter, writing, “God save me,” which caused fans to show concern as to what he might have meant.

His son Landon took the stage at Madison Square Garden that same night to perform with Machine Gun Kelly.

The health scare comes just weeks after Barker celebrated Father’s Day with his brood of six. In addition to daughter Alabama, the Meet the Barker’s alum shares son Landon, 18, with ex-wife Shanna Moakler.

Alabama, for her part, took to social media to celebrate her dad’s big day with a special tribute.  “I love u beyond words can describe, your [sic] somebody who always made sure family was first,” the teen wrote alongside a Christmas photo of her and Barker via her Instagram Story at the time. “I have so much respect for the ways you’ve taught me in many aspects. Thank you for bringing me into this world and showing me how a real man treats you.”

Barker is also step-father to Atiana De La Hoya, who is the daughter of Moakler, 47, and her ex Oscar De La Hoya.  After he and Kourtney tied the knot in May, he added three more little ones, sons Mason, 12, and Reign, 7, and daughter Penelope, 9, whom she shares with Scott Disick, to the burgeoning family.

Barker and the Pooch founder, who were wed in May, have been vocal about their desire to get pregnant following their recent nuptials, even documenting their IVF journey during season 1 of The Kardashians.

“Travis is fully supporting her every step of the way,” a source exclusively told Us Weekly in April of the couple’s fertility struggle. “The journey just affirmed their bond and love for each other.”

Kourtney Kardashian and Travis Barker Bonding With Each Other’s Kids

The insider added at the time that Kourtney’s “relationship with Travis was filmed so it was important for her to also share her pregnancy journey,” and “they’re very committed to each other and raising their kids as a blended family but are hoping to have a child together.”

As for the reality stars’ kids they already have, the insider told Us that everyone is “just as excited about the possibility of having another sibling” as the couple are to expanding their family.