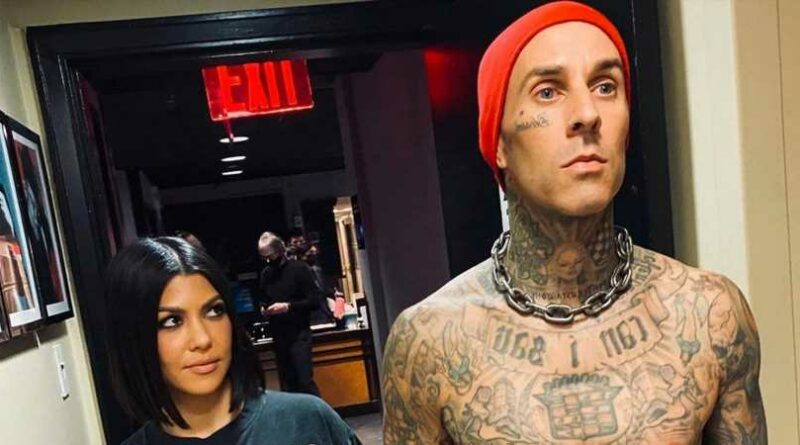 Travis Barker, Kourtney Kardashian, and their entourage have arrived in Italy for the couple’s upcoming nuptials. And the couple proved they’re sparing no expense for their wedding celebration, as they kicked off the festivities by spending time on a super yacht valued at $60 million.

According to TMZ, Travis and Kourtney are spending time with their children aboard the Regina D’Italia, a super yacht formerly owned by Dolce and Gabbana’s founder Stefano Gabbana.

RELATED: Travis Scott’s Nike Drop Is So Popular, A Raffle Was Held For Buyers

Paparazzi photos show the pair enjoying the water with their family, including jet skiing. One image even showed Travis giving Kourtney a foot massage.

The news broke earlier this month that Travis and Kourtney had legally married followed by a practice wedding in Las Vegas last month (they were unable to get a marriage license at the time). The couple, who originally got engaged in October, shared a series of images from the courthouse ceremony.

“They had to legally get married first ahead of their big Italian wedding, which is happening very soon,” a source explained to PEOPLE about their courthouse wedding. “All the details are set and the whole family, including all the kids, are very excited.”

Travis and Kourtney may have kept things low-key for the legal portion of their marriage, but they’re clearly going big with the celebrations.

Paparazzi photos have confirmed that the duo’s families have already started arriving in Italy for the festivities. In attendance includes Kourtney’s sisters Kim Kardashian, Khloe Kardashian, Kylie Jenner, and Kendall Jenner, as well as their mom Kris Jenner and her partner Corey Gamble. It’s unclear if  Kourtney’s nieces and nephews will be present for some of the celebrations.

Kourtney’s three children with her ex-boyfriend Scott Disick – Mason, 12, Penelope, 9, and Reign, 7 – have already been spotted in Italy. Travis’ children – Landon, 18, and Alabama – with his ex-wife Shanna Moakler are also present alongside his stepdaughter Atiana, 23.

Reports say the wedding celebrations will span four days in Portofino. The actual ceremony will be held at Castello Brown, a historic castle with a waterfront view. It’s also been reported that Travis and Kourtney plan to hold another ceremony in Los Angeles for their extended family and friends.

One person who won’t be attending the wedding festivities, however, is Kourtney’s ex Scott. Thou7gh he’s made a big deal on The Kardashian about being excluded from certain family functions since Kourtney’s engagement, this is another Kardashian-Jenner milestone he’s going to have to sit out.