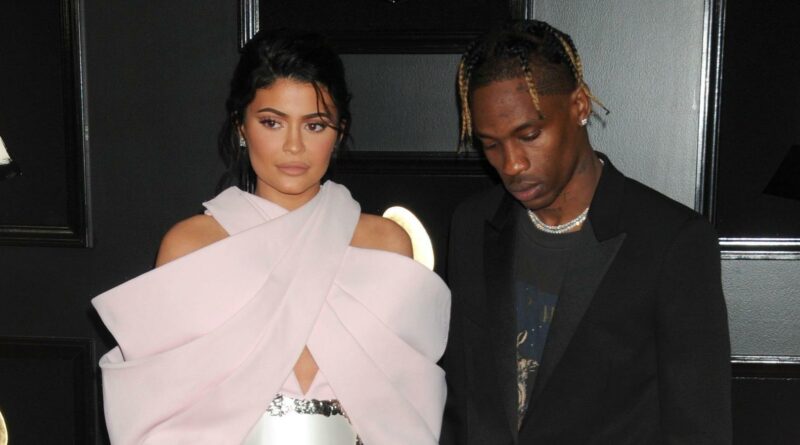 Former billionaire Kylie Jenner took to Instagram to show off a pair of new iced-out diamond rings gifted to her by Travis Scott. The 24-year-old businesswoman revealed that Scott bought her and daughter Stormi matching jewels worth an estimated $400 thousand.

On Tuesday the Kylie Cosmetics CEO shared the image of her and daughter Stormi’s hands each donning matching 2 stone diamond rings. The rings each feature two large diamonds in the shape of a pear and baguette. Jenner’s bling was a bit bigger than Stormi’s but other than that, the pieces are identical. Jenner captioned the photo “daddy got us matching rings.”

“No he did not!!!!!!!!! Daaaammmmmmmnnnnnnn,” Khloé Kardashian wrote in response to the picture.

Rob Kardashian jumped into the comments too, dropping a string of blushing emojis.

RELATED: $26.5 Million Only: Kylie Jenner And Travis Scott’s Rental House In NYC Is Up For Sale

Many fans were also impressed with the gift, asking Scott if they could join the family. One fan commented, “Do you guys want to adopt me?”

PageSix spoke to Mike Fried, the CEO of The Diamond Pro, to figure out how much the stones were worth.

This isn’t the first time that the Sicko Mode singer has splurged on gifts for his daughter, over the summer he surprised his daughter with a full-sized yellow school bus.

“All Stormi has been talking about is riding a big yellow bus,” Kylie wrote alongside a photo of Stormi touching the bus. “Daddy surprised her.”

Though Jenner didn’t reveal the occasion behind the high-priced gifts, she is currently expecting the couple’s second child. While some speculated it could be an engagement ring it doesn’t seem likely as Jenner photographed the jewels on her pointer finger as opposed to her ring finger.

Scott isn’t the only one purchasing expensive gifts, In 2019 the make-up mogul dropped a few hundred thousand dollars to surprise him with a silver Lamborghini for his birthday.