For many millennials, the constant bombardment of success stories about 20-something celebs or entrepreneurs can be seriously anxiety-inducing. Yet for every person on a "30 under 30" list, there are infinitesimal other 20-somethings out there just like you who are trying to figure out where to go next, what they should do with their lives, or even just how to afford their student loan payments. You may believe that you need to accomplish certain things by a certain age, but the truth of the matter is, most of us don’t peak in our 20s — and as shown in the new movie Tully, written by Diablo Cody and directed by Jason Reitman that’s actually totally OK.

In Tully, out now, Charlize Theron stars as Marlo, a 40-year-old mother of two with a third on the way. Her husband, Drew (Ron Livingston), sometimes helps but doesn’t exactly go the extra mile, leaving Marlo as the main caretaker and the stereotypical frazzled mom. But where other movies like Bad Moms or Mom’s Night Out comically amplify how hard it is to be a mother, Tully portrays the stress of motherhood with total honesty. Once the new baby comes, the realities of crying, diapers, feeding, pumping, little sleep, and the stress all of that puts on your mind, body, and soul turn Marlo into a husk of a human, as it would any person. 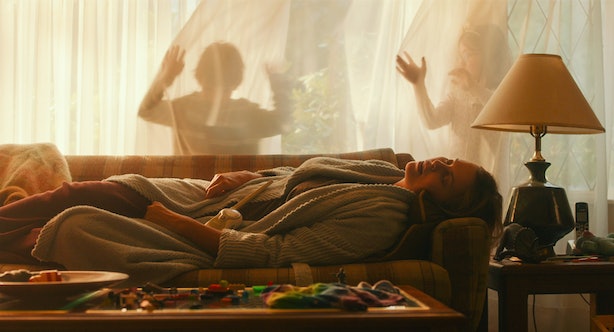 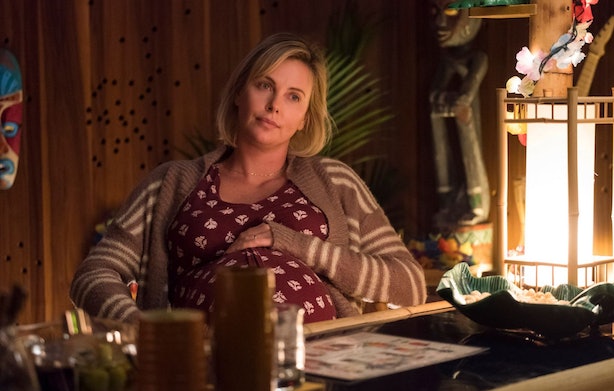 Tully might dive head first into the realities of motherhood, but its central message isn’t that the parenthood stage of life is necessarily harder than others. It’s that every stage of life is going to have its difficulties. It’s pretty unlikely that your 20s are going to be the "best time" of your life, despite what you may think, and your 30s or 40s aren’t necessarily when social lives, bodies, and ambition die. Tully expertly nails how our needs and desires can shift and change throughout our lives, and one of our biggest flaws as humans is thinking the grass is greener on the other side of the fence, or in this case, at a different age. But putting expectations upon ourselves to accomplish things by a certain age will only lead to disappointment, as will mourning the loss of an age to which you can never return.

There’s a wonderful scene in the movie during which Tully explains to Marlo that, for the most part, all of the cells you were born with have been replaced over and over again by newer and newer ones throughout your entire life. In other words, we’re all living in new bodies different from the ones we were born into. Tully asks Marlo if she thinks that makes us the same person as when we were born, or a different one. Marlo chooses the latter, saying that we are no more that person, nor will we be the person we are now in five, 10, or 50 years. That sounds like quite a few chances to reach our peak, our highest potential, and achieve our "wildest dreams."