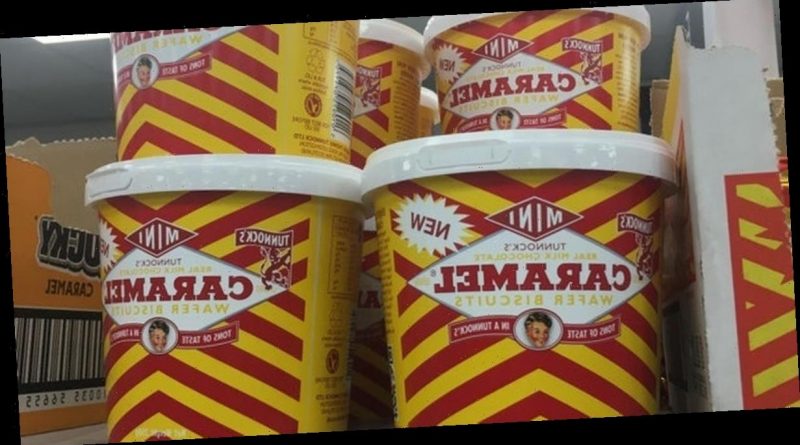 Tunnock's now sells their caramel wafers in giant sharing tubs – and people are making ice cream out of it.

The classic wafer chocolate bars have been a staple of kids lunch boxes and cheeky mid-afternoon snacks for decades.

There’s even a Tunnock’s Caramel Wafer Society at the University of St Andrews which was founded in 1982.

So, it’s safe to say Britain loves their wafers…

And, you can snap up a 350g tub of mini bars at various shops in the UK and get creative with it.

The bars are made of five layers of wafer separated by four layers of caramel and coated in milk chocolate.

A Tunnocks fan posted a snap of the tubs he found in the Co-Op on Reddit – and people were racing to grab one for themselves.

One commenter said: “Well, this changes my weekend plans.”

“This is dangerous for my already rapidly increasing weight,” added another.

A third wrote: “I discovered these recently, I fear I may need a crane to lift me off the couch as it's too easy to eat a tub in one sitting.”

And others were sad as they’d thought it was an ice cream tub!

One wrote: “Man I wish this was ice cream.”

To which another replied: “You could just buy a tub of vanilla (or caramel) ice cream, cut your caramel wafers into chunks, mix them together, then smush it into one of these tubs.