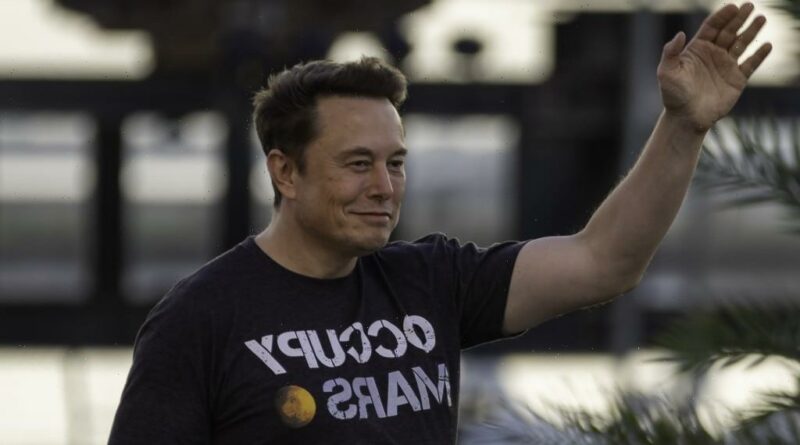 Twitter has filed paperwork that confirms Elon Musk, the world’s richest person, is the proud new owner of the social network that is now privately held.

An SEC filing Friday by Twitter was a formal notification that the company’s stock was delisted from the New York Stock Exchange. That means Musk’s $44 billion acquisition has indeed closed, at the original agreed-on price of $54.20 per share. News that the deal was finalized broke Thursday evening, following a six-month roller-coaster of wrangling between Musk and Twitter.

“The bird is freed,” Musk, the CEO of Tesla and SpaceX, tweeted late Thursday.

For the time being, Musk is installing himself as CEO and he intends to overturn Twitter’s permanent bans — though it was unclear whether that would apply to Donald Trump, Bloomberg reported. (Musk has called Twitter’s lifetime ban on Trump, enacted after the ex-president’s tweets supporting the Jan. 6 rioters seeking to overturn the results of the 2020 election, a “morally bad decision” that he would reverse.)

Exactly what Musk intends to do with Twitter remains murky. He’s indicated layoffs are in the cards but reportedly denied that he plans to slash 75% of the company’s headcount (which Musk was said to have previously communicated to prospective investors). And he has indicated that he wants Twitter to become a more-expansive communications and entertainment app than it is today.

Musk has championed the need to ensure “free speech” on the platform — and he has accused Twitter of censoring conservative viewpoints and harboring a left-wing bias. In a letter posted to Twitter Thursday morning, he sought to calm the fears of advertisers, promising that Twitter would not become “a free-for-all hellscape, where anything can be said with no consequences.”

Musk, whose current net worth stands at $221.5 billion, per Forbes, claimed he is not looking to “make more money” by buying Twitter. According to Musk, he has loftier altruistic aims than merely padding his already staggering fortune. “The reason I acquired Twitter is because it is important to the future of civilization to have a common digital town square, where a wide range of beliefs can be debated in a healthy manner, without resorting to violence,” Musk said in the letter.

Last week, Musk said he was “obviously overpaying” for the company but said he believed Twitter’s long-term potential value is “an order of magnitude” greater than it is today.

Under Twitter’s “golden parachute” compensation agreements, the senior execs who have been terminated were eligible to receive tens of millions of dollars given that the Musk takeover constitutes a change of control. Agrawal, an 11-year Twitter veteran who served as CEO for just under a year, stands to walk away with $57.36 million; Segal is set to receive $44.47 million; and Gadde will get $20.01 million, according to Twitter’s 2022 proxy statement.

“The $44 billion price tag for Twitter will go down as one of the most overpaid tech acquisitions in the history of M&A deals on the Street in our opinion,” Wedbush Securities analyst Dan Ives wrote in a research note Friday, estimating that its fair value is more in the ballpark of $25 billion. “Musk buying Twitter remains a major head scratcher that ultimately he could not get out of once the Delaware Courts got involved.”