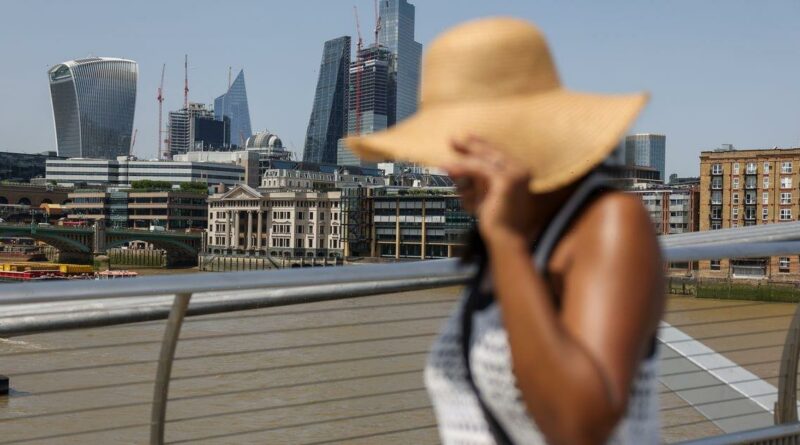 The July heatwave wasn’t a one-off, freak weather event – there is another heatwave coming as Brits around the country brace themselves for soaring temperatures in excess of 40C.

The second heatwave that will see mercury topping 30C in swathes of the UK, will be a super-heatwave, hot on the heels of July’s scorching temperatures which caused havoc in the UK and in some cases, even tragically proved fatal.

According to the New Scientist, approximately 1,000 people may have perished in England and Wales in the previous heatwave, while the double-digit weather also saw roads melting in some areas, causing the country to grind to a standstill.

Weather models from July's heatwave where temperatures reached a sweltering high of 40.3 in Lincolnshire, are similar to models predicting August's temperature, forecasting another heatwave is on its way.

The weather models show the ground temperature to hit 44C in August. However forecasters have been quick to point out that this is a computerised exaggeration and that there will only be an "outside chance" of the UK suffering another extreme heatwave.

He said: "High pressure will re-assert its dominance. As we approach the weekend, we can expect fine days and cool nights. Perfect holiday weather returns."

While he echoed the cautious opinions of fellow forecasters who said a super-heatwave was unlikely, Hammond said there was a possibility of a super-heatwave if high pressure brought in hot continental air.

He said: “The reality is that this scenario remains, at this stage, only an outside chance. It is most likely to occur if high pressure takes up residence just to our east, allowing a scorching airflow to waft our way from southern Europe."

Speaking about the July heatwave when interviewed by Anne Diamond on GB News on July 16, John said: “I’ve been forecasting for 30 odd years, never seen anything like it.”

"Our climate is not just bumbling along, where we get little highs and lows, hot spells and cold spells.” Raising his fingers upwards to illustrate his point further, John said: “Our climate is doing that, it’s going up and up and up.

"Yes we’ll get some chillier spells but the trend is ever upwards. And that means we’ll likely see more frequent, more severe, more prolonged heatwaves in the future."

Other weather experts have also been warning of the potential for heatwaves and how they are more likely to become frequent occurrences in the coming years.

The Met Office has also predicted Britain will experience higher temperatures this month. A spokesperson for the forecaster said: “The main signals for August are for high pressure to extend northeast towards the UK, with lower pressure to the south.

“With warmer than average sea-surface temperatures in the vicinity of the UK, the chances of a warm August to October are almost twice normal.”

James Madden from Exacta Weather also echoed the sentiment as he said: “We expect that August could deliver another super heatwave.”

The NHS has some advice on how to cope during a heatwave. Brits are advised to try to keep out of the sun between 11am to 3pm, walk in the shade wearing a large-brimmed hat if they are leaving the house, apply sunscreen regularly, stay hydrated and try topical application of a cool flannel.