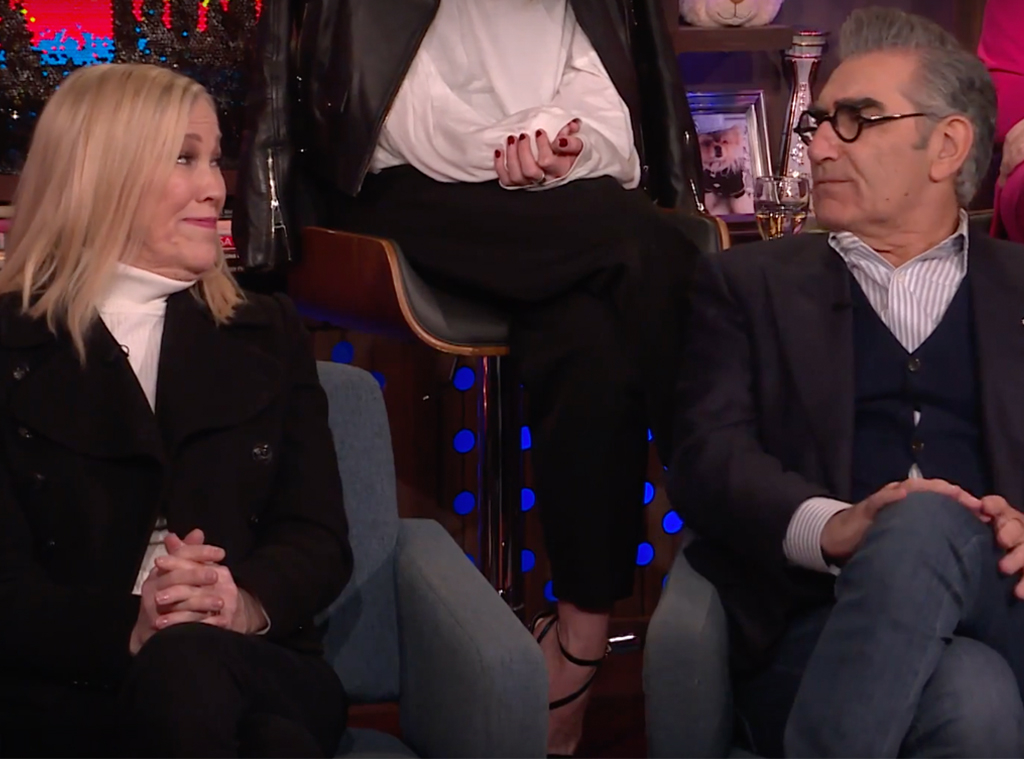 Eugene Levy and Catherine O’Hara play a married couple on Schitt’s Creek, but did the celebrities ever date in real life?

The Johnny Rose and Moira Rose stars set the record straight on Thursday’s episode of Watch What Happens Live With Andy Cohen.

“There’s nothing sexier than laughing together and having someone who makes you laugh,” O’Hara explained to Andy Cohen. “So, everybody at Second City theater tried to date everybody. Like, ‘He makes me laugh. I should go out with him’…So, we did maybe one or two dates.”

However, the 65-year-old actress made it clear it wasn’t anything serious.

“He’s a gentleman—has always been a gentleman—and we get to have this working relationship because we didn’t go anywhere,” she said.

Levy and O’Hara go way back. Both starred on Second City Television, a.k.a. SCTV, and appeared in a number of films together, including Best in Show and For Your Consideration.

Fans can now watch the duo on the sixth and final season of Schitt’s Creek. The show airs Tuesdays on Pop TV.

To see the interview—which also features their co-stars Dan Levy and Annie Murphy—check out the video.

(E! and Bravo are both part of NBCUniversal).