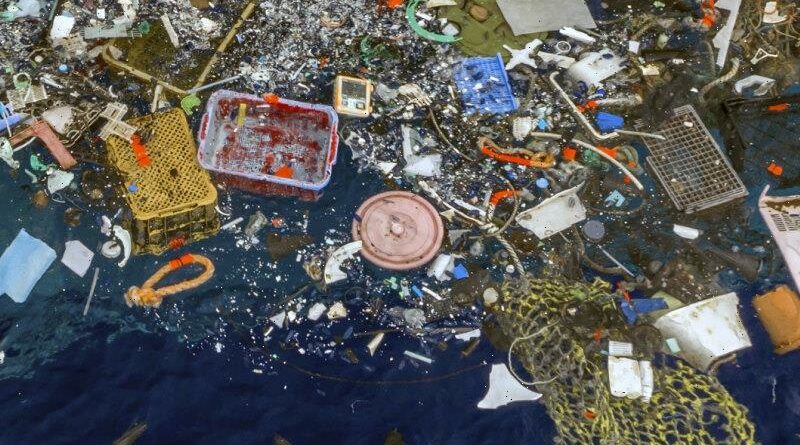 Australia wants other countries to ban plastic waste exports and will push for a legally-binding international treaty at the United Nations to limit the damage that the “ghostly walls of death” have on the marine environment.

The UN environmental assembly meets from February 28 in Nairobi, Kenya where a vote will be held to start negotiations on a plastic pollution treaty. 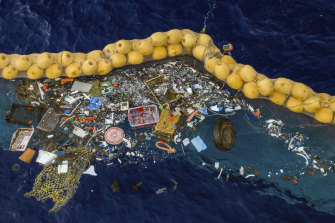 More than 14 million tonnes of plastic end up in the ocean every year.Credit:AP

“I would like to see more nations follow Australia’s lead and regulate their plastic waste, so it is not shipped offshore – where it becomes another country’s problem, lying in landfill or in our oceans – where it destroys marine life and precious marine environments,” Ms Ley said.

More than 14 million tonnes of plastic end up in the ocean every year, according to the International Union for Conservation of Nature. Plastics break down to create chemical pollution, entangle and smother marine animals and are often fatally swallowed by fish, birds and mammals.

Ms Ley said Australia is part of a regional push from Pacific nations headed to the summit.

Australia has already signed a pact with other Pacific nations calling for national caps on plastic production, with a focus on single-use items.

“I am committed to working with our Pacific neighbours, supporting the call for an international agreement on Marine Plastic Pollution,” Ms Ley said.

“Our oceans are part of our national identity and critical to the daily lives of millions of Australians. Ensuring our shared oceans are clean and healthy is both a national and regional responsibility for Australia as we face a significant, urgent and growing environmental problem.”

Australia has already imposed a ban on waste exports, which came after China announced in 2017 that it would ban all waste imports by 2021. Australia has already halted the export of whole new tyres and unprocessed single resin/polymer plastics. Unsorted paper and cardboard will be banned from July 1, 2024. The European Union has also banned plastic waste exports to non-OECD countries. 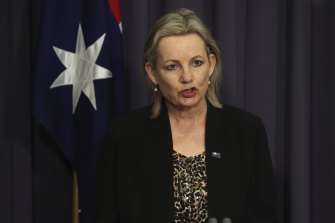 The push to form a legally binding waste export ban will be contentious, with some developing countries expected to struggle with the cost of processing all their domestic waste.

“The new treaty on plastic pollution must be legally binding, ambitious and hold states to a common standard of action,” Ms Noble said.

“All options remain on the table. A decision at the UN Environment Assembly needs to ensure that negotiators can consider a full range of possible measures required to effectively and efficiently stop plastic pollution.”

Ms Noble said more than three-quarters of UN member states had expressed support for some form of a treaty, with growing public support, and it was “very likely” for them to agree to kick off formal negotiations at the meeting in Nairobi.

‘The new treaty on plastic pollution must be legally binding, ambitious and hold states to a common standard of action.’

“In 2019 just 13 governments had expressed support for a global agreement to stop plastic pollution. By the start of 2022 this has grown to more than 150 governments,” she said.

“We know there’s a huge amount of public support for this process. At more than 2.1 million signatures, WWF’s global poll calling on governments to develop a treaty is our largest petition ever.”

It’s estimated one million seabirds die a year from eating plastic floating in the ocean, which they mistake for food. WWF estimated 100,000 marine mammals die each year after they have eaten or been snared in plastic.

Australia is surrounded by massive floating garbage patches covering millions of square kilometres in the Southern and Northern Pacific Ocean as well as the Indian Ocean.

Unless action is taken, plastic waste generation will double and the flow of plastic pollution into the ocean will triple by 2040.

The Sydney Morning Herald and Visy will host the inaugural Recycling Roundtable on February 18 featuring key industry leaders, Minister for the Environment, Sussan Ley, and Richard Marles, Deputy Leader of the Opposition.

A guide to the environment, what’s happening to it, what’s being done about it and what it means for the future. Sign up to our fortnightly Clear Air newsletter here.