Home » Lifestyle » Unions are supposed to represent all their members. How does that work with anti-vaxxers? 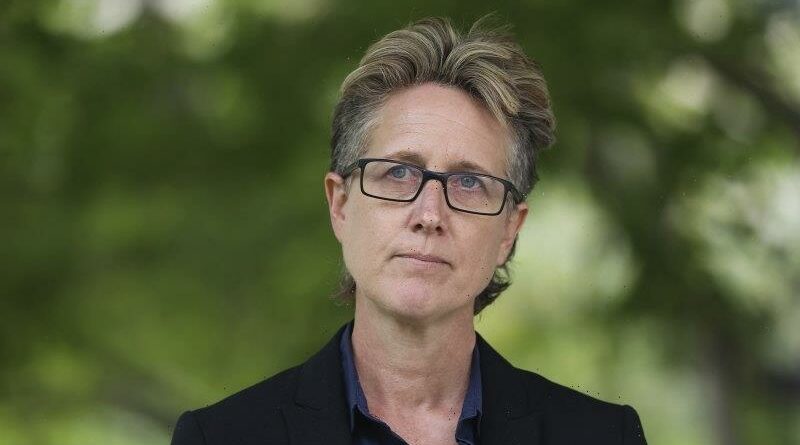 Anti-vaxxers have gone back in time. According to a flyer circulating on encrypted messaging app Telegram, workers from a raft of Australia’s trade unions including the National Union of Workers (NUW) and United Voice are holding a rally in mid-September to challenge vaccine mandates.

In reality the rally has no connection to the union movement, not least because neither the NUW nor United Voice exist anymore after a 2019 merger to become the United Workers Union. 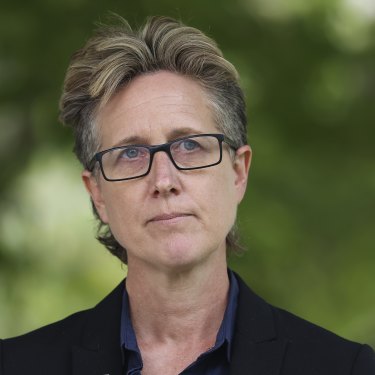 ACTU secretary Sally McManus is angry with anti-vaccination activists targeting union members but said labour unions would have to make “case by case” decisions on whether to represent members sacked for refusing a jab.Credit:Alex Ellinghausen

As inaccurate as the flyer is, it is an example of an effort by anti-vaccination groups to target blue-collar workers and their unions. Anti-vaccination groups purporting to represent tradespeople, truck drivers, aged care staff and other essential workers are appearing online, with some promising long-shot legal challenges to vaccination mandates and soliciting donations.

They are having some success. Union leaders who spoke to The Sydney Morning Herald and The Age agreed a small but vocal minority of their members are opposed to COVID-19 vaccinations.

And while most senior union leaders are aggressively anti-anti-vaxxer, that minority poses a problem for democratic organisations.

The Australian Council of Trade Unions has walked a fine line on mandatory jabs, saying it supports those backed by a state health order but not those imposed by a growing number of companies, such as Telstra, which argue they are necessary to protect workers.

But its secretary, Sally McManus, is alive to the issue of anti-vaxxers.

In a new ad campaign airing from Wednesday, the ACTU urges all workers to be vaccinated so that health staff are not overwhelmed by cases and other employees can escape lockdowns and get their incomes back.

“We do not want to see what is happening the United States in Australia, where people listened to conspiracy theories on Facebook instead of doctors and ended up in ICUs as a result,” McManus says.

Unions argue that the growing number of businesses, such as Qantas, that have announced they will mandate jabs to protect staff pose problems about consultations, vaccine supply, exemptions and could back hesitant people into an anti-vaccination corner. The unions say concern about anti-vaccination members has not influenced their thinking.

That stance is not enough for some union members. Several union leaders, including Health Services Union NSW secretary Gerard Hayes, say they have already had members quit because unions have not campaigned against vaccinations or expect to lose them when vaccine mandates come into effect.

In a video address to his members last month, CFMEU NSW head Darren Greenfield said his union would fight mandatory jabs, which are required for construction workers to leave Sydney council areas with the highest COVID cases.

“We call on the government to release the pressure on members that do not want to get the vaccination, never will get the vaccination because that’s their personal choice, and allow them to get back to work,” Greenfield said in an apparent departure from health advice. The union has challenged builders that have tried to introduce stricter mandatory jab rules than the state government, as well as sought legal advice on the rule for staff from local government areas of concern, Greenfield said in the video.

His colleagues in Queensland branches of the CFMEU, the plumbers’ union, Electrical Trades Union and Australian Manufacturing Workers Union have made their position clear too, saying they oppose “any coercive ‘no jab, no job’ restrictions”.

McManus remembers a union leaders’ meeting at the start of the year when those present estimated fewer than 10 per cent of members opposed vaccination. “We’ve certainly seen that grow”, including outside traditional anti-vaxxers as the delayed rollout gave time for conspiracy theorists to target workers, McManus says, before clarifying the growth had been small.

“The problem was in Australia … that there was a big gap between the idea of a vaccine and actually being able to get the vaccine,” McManus says. “It left a vacuum and months where these groups have gone from being disorganised to being organised … and spread lies.”

It makes her angry. “Their cause … is really one of hate and racism. It’s actually not about vaccines and vaccine mandates,” she says.

“Anti-vaxxers are grifters who are happy to lie about their support to build a movement,” he says via text. “They will get no love from the trade union movement.”

Noonan directs more of his criticism towards the government. He says Prime Minister Scott Morrison, Queensland Chief Health Officer Dr Jeannette Young and the government’s immunisation advisory body had “frightened the bejesus out of people” by changing the recommended age for the AstraZeneca vaccine. (Noonan has had that jab and Morrison has since become an advocate for it). Public advertising and education campaigns have also been lacking, he says, and jabs are not accessible enough to workers on job sites.

“The thing to do is to try and get lots and lots of community buy into it,” Noonan says. Asked about the Queensland and NSW division’s comments, Noonan says his union’s general position is that as many people as possible should get vaccinated but it is listening to members’ concerns too. “That’s what unions do: they reflect their membership.”

What Noonan and McManus will not say directly – the former because it is “hypothetical” and the latter because it should be handled on a case-by-case basis – is whether they would support an unfair dismissal claim by a worker sacked for refusing a vaccination.

It would be a litmus test for the movement because those cases are a basic way of challenging employers who mistreat and fire their staff. But if a worker and their union were to win, it could essentially render a vaccination mandate unenforceable at that workplace and embolden anti-vaxxers.

HSU boss Hayes explains what he would do: “If someone was out there who was a mad anti-vaxxer, then goodbye and good luck.”

He’s tried to convince others of the benefits of vaccination, with some success. About 30 per cent of union members who had said they were hesitant, changed their mind after attending an online forum with 500 of their peers and four doctors.

But Hayes says he would represent a member who was still having a “reasonable intellectual discussion” and needed more time to make a decision, giving the example of a clinically trained worker two years off retirement who wants to be sure of what they put in their body as they age. “I don’t see that as being unreasonable,” he says.