Home » Lifestyle » Unpacking the ‘racism maths’ of the nightclub queue

Vonne Patiag has heard some diabolical excuses from bouncers for why he could not get into nightclubs.

The Filipino-Australian writer, director and actor was once told he couldn’t come in because his socks were too colourful (likely code for “too queer”). 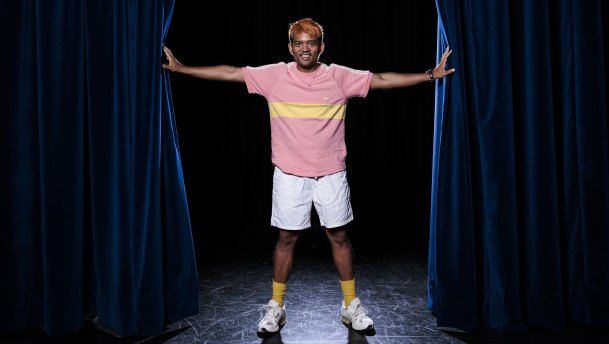 Vonne Patiag at the newly renovated Bondi Pavilion where his short film Too Many Ethnics will screen during Flickerfest.Credit:Brook Mitchell

When he took off the offending items and queued again an hour later, another bouncer told him he couldn’t come in without socks (“we still don’t want your type”). In Patiag’s clubbing days before Sydney’s lockout laws changed the entertainment landscape in 2014, white friends would get in easily but he had to do what he calls “racism maths”.

While three Asian-Australian friends were fine going to a movie together, it was a different calculation when they were lining up outside a club. If they were with at least two white women, they were guaranteed entry. But if they were by themselves, looked and sounded like they came from the western suburbs or were with Arab mates, it was much harder to get past security.

“Once you come into the city and you’re trying to get into a certain place, what feels natural in terms of your friendship is now going to be like an interrogation,” Patiag says. “I learned very quickly how to speak a bit posh, to make it sound like you’re worth being in the club.”

Patiag, who is best known as one of the writers of the western Sydney film Here Out West, the SBS mini-series The Unusual Suspects and the ABC drama Significant Others, has turned his experiences into a comic short film titled after one phrase of rejection he would get from bouncers – “too many ethnics”.

It has a world premiere at the short film festival Flickerfest, which opens at Bondi Beach on Friday.

The film centres on three friends, played by Patiag, Andrew Attieh and Jasper Lee-Lindsay, who are trying to get into an exclusive club. They change their appearance in line and, doing their racism maths, avoid standing next to two new arrivals who will wreck their chances.

Now 34 and more a “dinner and wine type of person” than a regular clubber, Patiag says he wanted to explore hidden racism – slights that are internalised by minorities.

“It’s the other side of the racism coin – ‘do I feel deserving to get into this club?’,” he says. 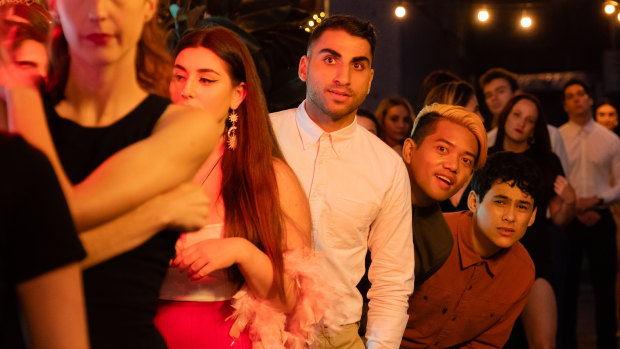 Three friends line up to get into an exclusive club in the comic short film Too Many Ethnics.Credit:Dario Hardaker/In Between Pictures

Flickerfest director Bronwyn Kidd says the 32nd festival is returning to the revamped Bondi Pavilion after two years in the nearby Spiegeltent during renovations.

More than 200 short films culled from a record 3,200 entries will screen – reflecting the return of production after a dip during the pandemic.

The program includes three films shot in Ukraine – Uprooted, about refugees, It Is Quiet Here, centring on a couple who agree not to speak about the war for at least a night, and Liturgy of Anti-Tank Obstacles, about sculptors retraining to build barriers to stop Russian tanks.

Kidd says the way Ukrainians are drawing attention to the human cost of the war shows the immediacy of short film.

The festival, which runs until January 29, includes Australian and international dramatic shorts and documentaries, with strands on Indigenous, LGBTQI+, comedy, student and family films.