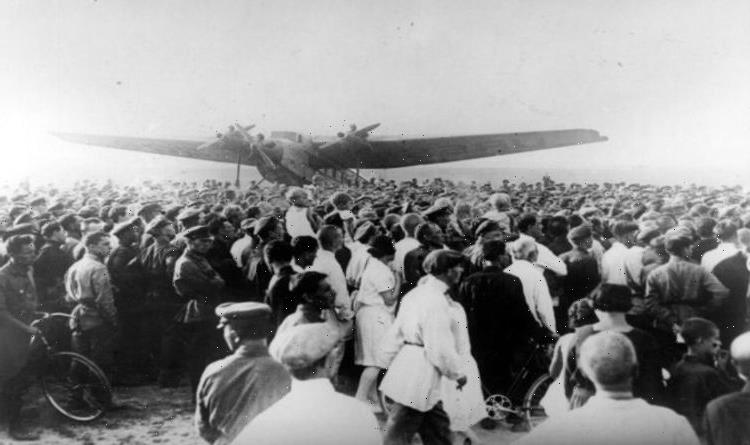 At Lancaster House on Fehrbelliner Platz – once home to British Military Government – a plaque will be unveiled to celebrate the life of Reginald “Rex” Waite, an extraordinary figure whose work in Berlin was to change the course of history. Waite’s daughter, Romilly, has long been fighting to get recognition for her father’s work. “He was an extremely modest man,” she says, “who never spoke of his achievements.” An expert RAF navigator, Waite had helped to plan the D-Day landings of June 1944. But his work with General Eisenhower, though important, is not the reason for his claim to fame. In the wake of Germany’s defeat in 1945, Waite was posted to Berlin, a city that had been divided into four separate sectors – British, American, French and Soviet.

This post-war division created an extremely delicate situation. Berlin lay deep inside the Soviet-occupied zone of Germany and the Western Allies were dependent on Soviet goodwill to supply their sectors of the city, using road, rail and air links that crossed territory controlled by the Red Army.

As Air Commodore of the city’s British sector, Waite was responsible for all aspects of air transport. As such, he was to find himself at the heart of tumultuous events that took place between 1948 and 1949.

The crisis began on June 24, 1948 when the Soviets blockaded the western sectors of Berlin. Stalin was hoping to evict the Western Allies and seize control of the entire city – his first step (he hoped) to capturing the rest of Germany.

Road and rail access to the western sectors was cut, turning them into an island under siege. The only means of getting supplies in and out was via the three air corridors agreed in writing back in 1945.

And herein lay a major problem. The 2.4 million inhabitants of these western sectors were dependent upon the Allied-occupied zones of Germany for their food and supplies. Everything had to be imported into the city.

Stalin was convinced that West Berlin’s huge population could not be supplied by air. So was President Truman and Prime Minister Attlee. It was logistically impossible. But one man begged to differ. Air Commodore Waite believed that applied mathematics – his specialist subject – could provide a solution to the problem. And in June 1948, aware of the looming humanitarian crisis, he set to work. 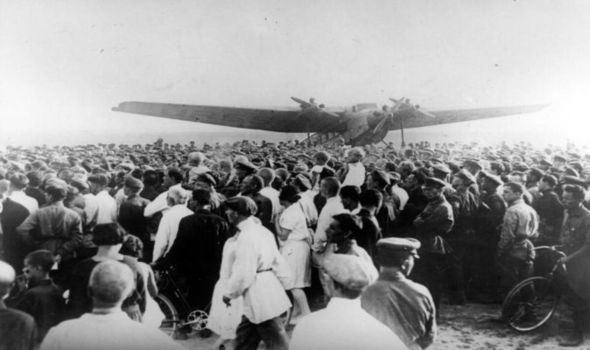 Waite looked the very picture of an archetypal RAF officer, with his clipped moustache and regulation beret. But beneath the beret was a supercharged brain hard-wired for mathematical logic. While his fellow airmen dreamed of high-altitude dogfights, Waite pondered complex logarithms.

“Two and a quarter million people is a lot,” he said, “It’s 22 times the size of (the original) Wembley Stadium full of people. Anyone who’s seen Wembley when it’s full and realises that’s only 100,000 people… We had 22 times that to feed and look after, every day.”

In normal times, Berlin required a daily delivery of 13,500 tons of food and coal – the latter being essential for producing electricity. Without power, the city’s water pumps and sewage plants could not function. Waite knew that Berlin’s absolute minimum requirement for subsistence was 4,500 tons per day – just enough to keep people alive.

He also knew that the carrying capacity of a C47 Dakota was two-and-a-half tons. And herein lay his problem. It would take 1,800 flights a day to keep West Berlin functioning, with a plane landing every 90 seconds at each of the two airports in the Allied sectors.

Journalist Edward Tetlow watched Waite at work as he sought a solution to the potentially greatest logistical challenge of the 20th century.

“He bubbles with enthusiasm and imagination,” wrote Tetlow. “Ideas are always flowing from him. His head was bowed over a tiny pocket-book and he was making drawings and calculations with the stub of a pencil.” 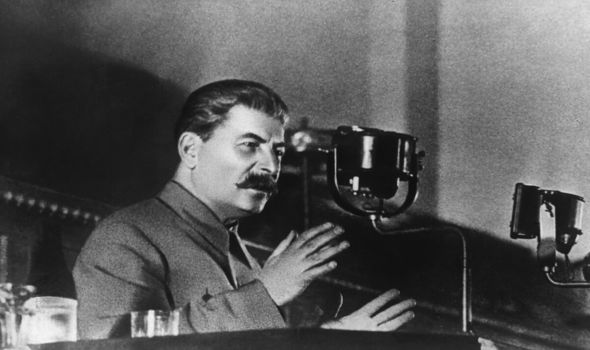 Waite identified eight potential airbases in western Germany that could be used to supply Berlin. In the city itself, there were two available landing strips – Tempelhof and Gatow. Waite knew both would require radical upgrades if they were to support the intensity of traffic he was envisaging.

Working with his trusty slide rule, he set to work on his blueprint for the greatest airlift in history. Complete with tonnage, timings and astonishingly tight landing and take-off schedules, he realised that Berliners could indeed be saved by an airlift – albeit one operating on a wing and a prayer. Rapid unloading would be crucial. Waite wanted lorries stationed alongside the runway, engines running, in readiness to receive their cargoes.

The fuel would be driven to a waiting barge, which was to receive its cargo by means of six chutes. Waite intended each barge to be moving forwards as it passed under the chutes, so as not to waste precious seconds. He was confident his plan could break the Soviet blockade, just so long as enough spare planes could be gathered.

When Waite explained his idea to the British commandant, General Herbert, he was fobbed off. “It can’t possibly work,” snapped the General, who was already planning the evacuation of the British garrison and abandonment of Berlin.

Waite got a similar response from General Brian Robertson, the British Military Governor of Occupied Germany. “Impossible!” said Robertson. But when he showed his blueprint to the US governor, General Lucius Clay, he got a very different response. “OK,” said Clay. “I’m with you.” 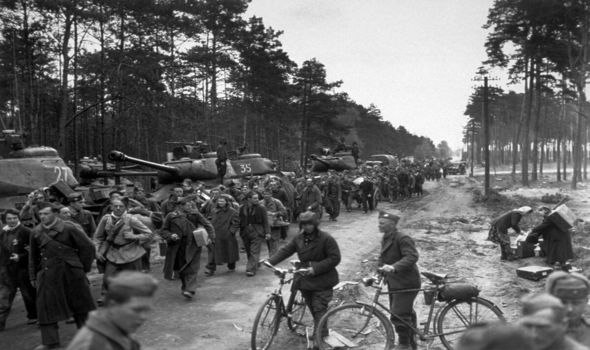 With these words, the Berlin Airlift was born. For the next 13 months, Waite’s logistical blueprint was put into practice, with British and American planes commandeered from across the globe to fly supplies into Berlin.

The American planes came from as far afield as Honolulu, Hawaii and Alaska; the British ones came from distant colonies and dependencies. Once in Germany, they flew in succession at five different altitudes and at intervals of 500ft, with planes landing and taking off every 90 seconds to deliver the daily minimum of 4,500 tons.

Despite fog, snow and high winds – as well as the occasional fatal crashes – the airlift pilots performed miracles. Each month saw increased tonnages being flown into the capital. The record came on Easter Day 1949, when a staggering 12,971 tons were landed in Berlin, brought in on 1,398 flights.

This triumph convinced Stalin he could not win the battle for Berlin. On May 12, 1949 – after a siege that had lasted 323 days – he called off the blockade and reopened road and rail routes into the city.

Stalin’s climbdown was a personal victory for Waite, although he reserved all his praise for the British and American pilots who flew around the clock. “A magnificent effort,” he wrote.

Those working alongside Waite knew that he deserved much of the glory.

“God knows what would have happened without Rex,” said one observer. General Brian Robertson agreed, praising Waite’s “major role” in the airlift. 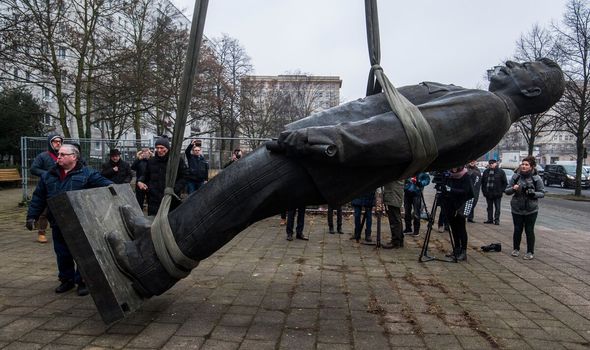 But Waite’s work was soon forgotten as the Americans appropriated all the credit for the Berlin Airlift, ignoring the fact that Waite was its original architect. Now, that is about to change. Later this year, a plaque that honours his achievement is due to be unveiled by David Edwards, the only surviving member of the British Berlin Airlift Association to have worked alongside Waite.

Edwards approached the owners of the former Lancaster House and told them of Waite’s work; they, in response, offered to finance the plaque.

It will read: “Here, in June 1948, Air Commodore Rex N. Waite C.B. C.B.E., Head of the Air Branch of the Control Commission, calculated the resources needed to supply the two and a quarter million residents of the blockaded western sectors of Berlin. It was as a result of his initiative and perseverance that the military governors of the time were persuaded to launch the airlift.”

Waite’s daughter, Romilly, said: “My father’s achievement has never been sufficiently recognised. The plaque will at long last honour his work in proving an airlift was possible.” Without Reginald “Rex” Waite, there would have been no airlift and no happy ending. Berlin would most likely have been captured by the Soviets – an eventuality that would have changed the entire history of post-war Europe.

● Checkmate in Berlin: The Cold War Showdown that Shaped the Modern World by Giles Milton (Hodder & Stoughton, £25) is out now. For free UK delivery, call Express Bookshop on 01872 562310 or order via www.expressbookshop.co.uk