Two of your Bravo favorites headed to the tracks to watch the Kentucky Derby on Saturday, May 5. Vanderpump Rules stars Jax Taylor and Brittany Cartwright shared photos from the Kentucky Derby at Churchill Downs, and the couple took over E! News’ Instagram stories for the afternoon. E! couldn’t have chosen a better pair to represent them at the race, especially since Brittany is a Kentucky native. Her enthusiasm for her home state is on full display in the photos and videos. From her quirky Fascinator to the couple’s gleeful bet placing, they made the most of a rainy Derby day.

It seems Brittany and Jax are the lone representatives for the Vanderpump team at this year’s event. The couple attended in 2017 as well, but last year they had company in the form of Tom Sandoval and Ariana Madix. In a post on Thursday — yes, the festivities get started that early — Jax shared that they were missing their pals. He wrote on Instagram,

Despite the rain, the couple appears to have had the full Derby experience this weekend. They’ve shared the requisite photos in the stands, attended parties, met The Most Interesting Man in the World, placed their bets, and, according to Brittany’s Instagram Story, they took part in the Celebrity Parade. What more could you ask for out of the most exciting two minutes in sports?

Just take a look at those smiling faces. These two know how to get their Kentucky Derby on.

Even without their official Derby couple friends, the Vanderpump Rules duo kicked off the weekend with big grins on their faces, and the perfect casual cool looks for the big event. Of course, this photo was taken on Thursday, because like any true Kentucky native, Brittany knows you have to bring your hat A-game for the actual race.

And she definitely brought it. While the southerner didn’t opt for a massive hat, her understated black Fascinator is all sophistication and style. Meanwhile, Jax sported an array of snazzy jackets over the course of the weekend.

Before the actual race, it looks like the Vanderpump couple dropped by some of the event’s official parties. These events are the best places to see and be seen on Derby weekend, as Jax and Brittany can probably attest. On Twitter, the Kentucky native revealed that she attended the Barnstable Brown party, as well as the Trifecta Gala after-party. While there, she and Jax took photos with stars like Jonathan Goldsmith (a.k.a., "the most interesting man in the world"), Terrence Howard, and Blair Underwood.

The celebrities are cool and all, but the best part of these photos is that Brittany totally brought her mom, Sherri, to the parties too.

When they weren’t hanging out with celebrities, the reality stars took time out to just enjoy the Kentucky Derby vibes. In one Instagram Story for E!, Jax revealed that his pick to win the race was My Boy Jack, who Brittany teased sounded like him. Brittany revealed that her choices were Audible and Good Magic. All three horses are considered underdogs, but as Jax pointed out on Twitter, given the rain, no one should count out the "mudders" (horses who run well in the rain and mud).

As happy as the couple looks, they probably aren’t too concerned with whether or not their picks win or lose. 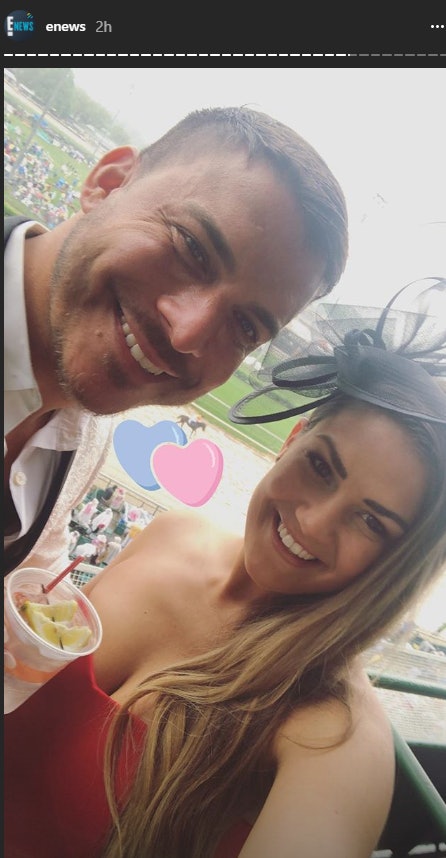 While it would have been fun to see the whole SUR team make the trek out to Kentucky for the weekend, Jax and Brittany did an excellent job at representing the Vanderpump crew — and it definitely looks like they did Derby weekend right.