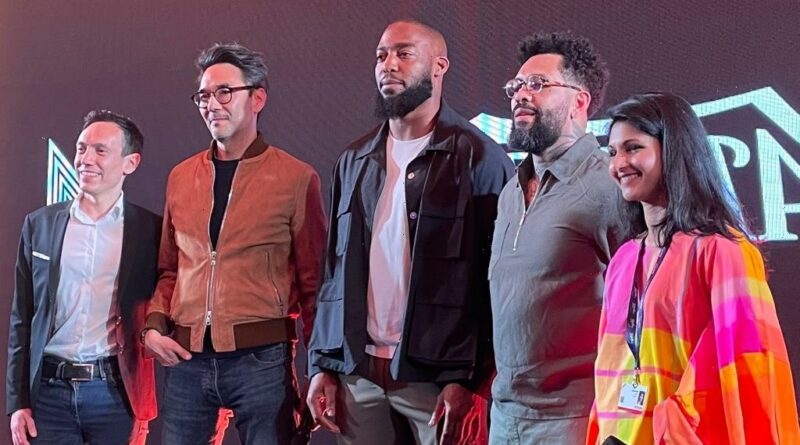 Variety shined a spotlight on European talents at its jam-packed dinner cocktail party at Series Mania Festival in Lille, France.

The event, which was co-hosted by Variety and Series Mania Forum, celebrated Mo Abudu, the CEO of Nigeria’s EbonyLife Media who won the 2022 Woman in Series Award. The party also brought together the laureates of the Copro pitching sessions and over 800 international industry players.

“Jungle” is an Amazon Original Series showcasing the creativity of the U.K.’s drill, grime and rap music. Comprising six 30-minute episodes, the show will launch globally on Amazon Prime. Abudu said he and Okoli explored lesser-known aspects of London and were able to push boundaries “musically and visually” with “Jungle.”

“Amazon allowed us to explore our creativity,” said Okoli, who also revealed a season 2 of “Jungle” was in the pipeline. He also said he and Okoli had more projects in store with the streamer.

Dang Tran, the highly successful and versatile writer of “Marianne” and “Nox,” is having his fantasy show “Parallèles” launch today on Disney Plus. He’s also just signed a first-look deal with Universal International Studios to co-develop and co-produce English- and French-language TV projects with his recently-created label Daïmôn Films.

The French-Vietnamese creator and showrunner said this milestone deal was “incredible” and will allow him to tell bigger stories. He said he was interested in “anything about love and death.”

“People say that imagination knows no boundaries, but that’s not true. I’m a French writer… and it’s a small market so we tell story that are very contained,” said Dang Tran. “With this deal I get to open my playground; it becomes much bigger and that’s very exciting,” he added.