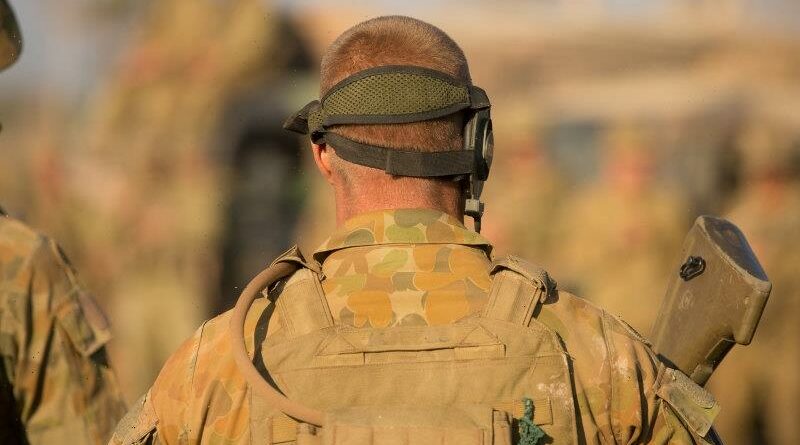 The largest-ever examination of Defence and veteran suicides didn’t tell widow and advocate Gwen Cherne anything she didn’t already know about who was at risk, but it has given her hope.

The report from the Australian Institute of Health and Welfare, released on Wednesday, covers every person who served in the Defence Force since 1985 and died by suicide between 2001 and 2019, more than doubling the cohort previously studied. 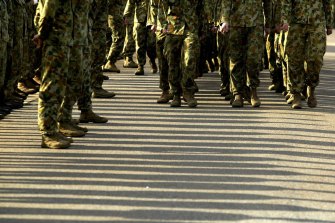 Serving ADF personnel have lower rates of suicide than the general population while veterans are more likely to take their own life.Credit:Glenn Campbell

Although this meant the number of deaths reported was higher than in previous years, the rates of suicide were largely the same. It is still the case that serving ADF personnel have lower rates of suicide than the general population while veterans are more likely to take their own life.

“Over time, the rate of dying by suicide has remained reasonably consistent over the last 20 years,” AIHW spokeswoman Louise Gates said. “It is very complex, and there is no one solution or one understanding about suicide.”

Between 2001 and 2019, there were 1273 deaths by suicide among serving ADF personnel and veterans, the data shows – almost three times more than previously reported.

Ms Cherne, who was appointed the inaugural veteran family advocate in August 2020, said this gave the federal government a better picture of how many bereaved families were in need of support – a community likely to be some 22,000 people.

“My children are now two to three times more likely to die by or attempt suicide because their father did,” she said. “And there are lots of other children out there that … weren’t identified previously that also require that postvention [supporting those left behind] and prevention so that we can reduce suicide.”

The fourth annual AIHW study found people who had served more than 20 years, were aged over 50, or who left the ADF as a commissioned officer had lower rates of suicide.

It also found men who left the ADF voluntarily had similar suicide rates to the general population. However, men who had been involuntarily medically discharged were almost three times more likely than their peers to take their own lives.

Ms Cherne said there was nothing in the latest report that changed what was already known about who was at risk. For her, it reinforced that the initiatives established – mostly within the past two years – were on the right track.

“Even though we haven’t fully cracked the nut of watching the numbers decrease for suicide, we are seeing more people hopefully seeking support in the preventative phase,” Ms Cherne said. “They’re getting to that point before they’re ending up in hospital.”

Christine Morgan, the government’s national suicide prevention adviser, said it would also be important to look at suicide attempts to get a better understanding of which early interventions were working.

“But we do expect to see [the suicide rate] come down. And we’ll need to keep our eye on when that trend starts to change,” she said.

Both said peer support workers, such as those offered through specialist counselling service Open Arms, were highly effective at destigmatising requests for help. The service, which supports veterans and their families, has seen a massive rise in calls.

Ms Cherne also pointed to the government’s Joint Transition Authority established in October 2020 that aims to give people a seamless transition from military to civilian life, and the network of eight wellbeing centres being set up around the country.

Veterans Affairs Minister Andrew Gee said the report highlighted the long-term nature of the issue. He has asked his department to speed up claims processing and fast-track the work of the JTA.

“While there has been important national progress in addressing the issue of veteran suicide such as free mental health treatment for life, there is clearly much more to be done and we can’t wait for the conclusion of the royal commission to get cracking on it,” he said.

The government set up a royal commission into Defence and veteran suicide in July, led by former NSW Police deputy commissioner Nick Caldas, former Queensland Supreme Court judge James Douglas and mental health expert Peggy Brown. It came after a year of pressure from the veteran community and bereaved families who believed a national commissioner position established in 2020 wasn’t independent or powerful enough.

The interim commissioner, Bernadette Boss, gave the government a report on September 15 with 39 recommendations to prevent further deaths. The government is yet to release it publicly.