Sour orange? Vicki Gunvalson revealed how she really felt when pal Tamra Judge was asked back for season 17 of The Real Housewives of Orange County.

Former ‘RHOC’ Stars: Where Are They Now?

“I was jealous, mad,” Vicki, 60, exclusively told Us Weekly on Tuesday, December 20, while promoting her recent success with AirSculpt body contouring. “I thought the phone would be ringing for [me]. I’m like, ‘Hello, Andy [Cohen], you’re not calling me!’”

The California resident, who was an original cast member when the Bravo series debuted in 2006, noted that she has since changed her tune. 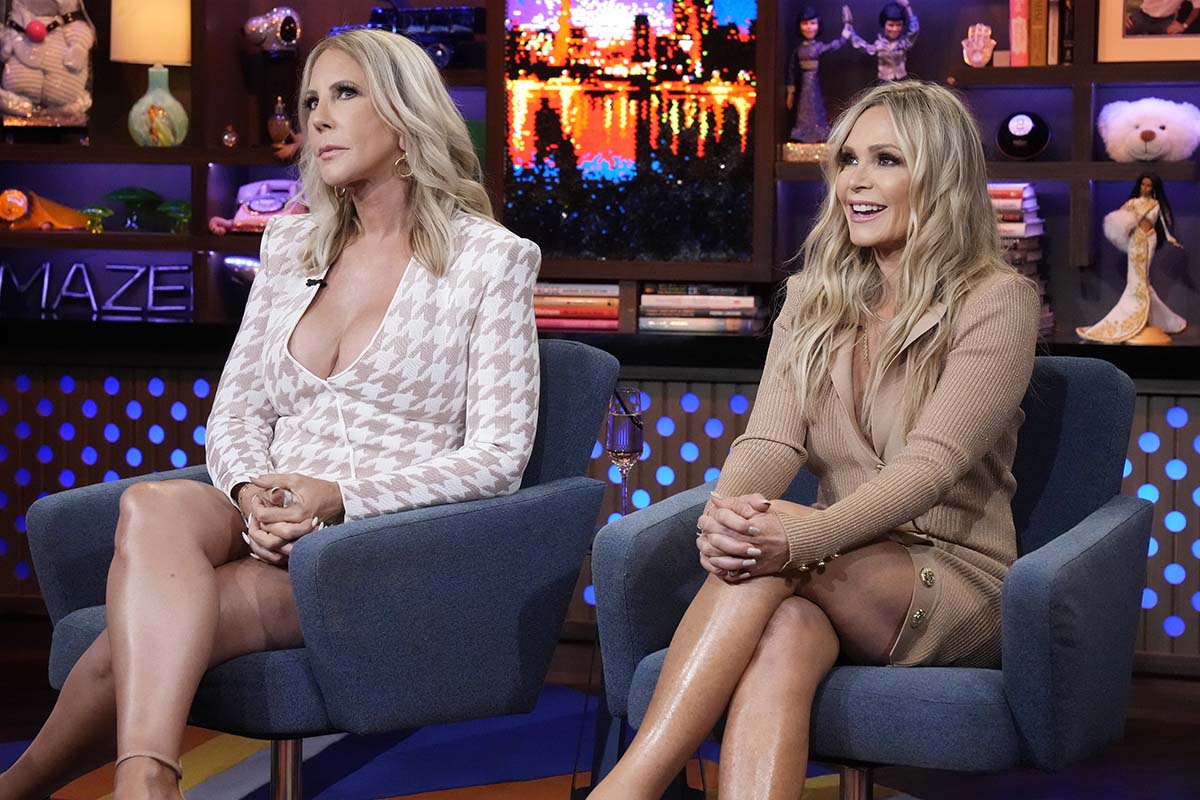 “I’m so happy for her,” Vicki explained, noting, “She really wanted it more than me. She’s good TV.”

The Coto Insurance founder appeared on RHOC from season 1 to season 14. Tamra, for her part, joined the series during season 3 in 2007 and exited one day after Vicki announced her departure in January 2020.

While the twosome have remained close off screen — and reunited on camera for season 2 of The Real Housewives Ultimate Girls Trip earlier this year — it was Tamra, 55, who signed on in July for a full-time role on the original Housewives franchise.

Everything to Know About Season 17 of ‘RHOC’

Vicki told Us on Tuesday that fans will see her on an episode or two of the Orange County-based show now that the Vena CBD founder is back.

“It was great. Loved it. Loved my girls,” she teased of her “Tres Amigas time” with Tamra and fellow RHOC star Shannon Beador. “I love my Tamra [and] Shannon and we’re good together.”

Vicki also hinted that becoming a full-time cast member in the future isn’t off the table. “That’s Bravo’s decision, right. And then, at that time, I address it,” she explained. “My filming days hopefully aren’t over.”

Real Housewives Who Have Been Demoted Over the Years

While the former Housewife would happily star alongside Tamra and Shannon, 58, again, she isn’t sure that former costar Heather Dubrow should return to RHOC next season. (Heather, 53, made her Bravo comeback in 2021 on season 16 after previously exiting the show in 2016.)

“I don’t think Heather really fits in to Orange County anymore. I think she’s more — you know, she’s an actress and she does that,” Vicki told Us. “I just don’t know why she would wanna do that [show again].”

The TV personality continued: “One of my managers told me years ago, ‘You either want fame or money, and fame is a drug it’s bad for you. But the people that want fame pay a price for it.’ So I just don’t know why she would want that chaos in her life.”

Vicki pointed out that Heather has four kids and is a “good” actress, so she doesn’t see why she needs to be part of RHOC. “I wouldn’t [do it] if I had that much money, there’s no way I’m doing a reality show,” she revealed.