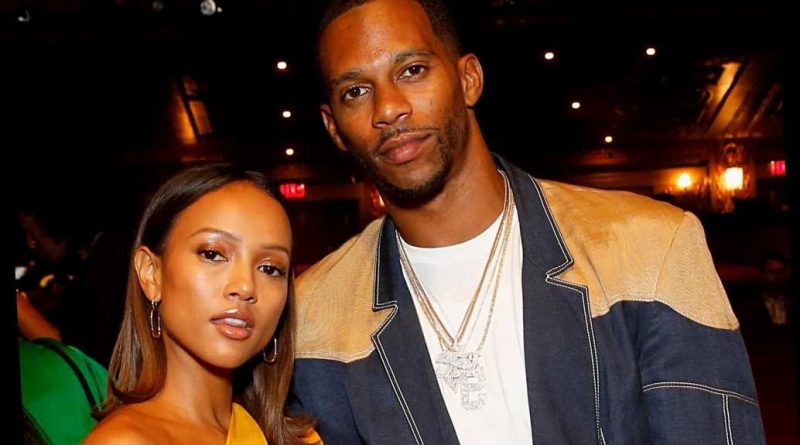 Victor Cruz talks overcoming ‘a bit of a breakdown’ in 2020

How Karrueche Tran prepped for boyfriend Victor Cruz in quarantine

Victor Cruz is still getting at-home haircuts from his barber

Victor Cruz and Karrueche Tran have reportedly called it quits after three years together.

“Right now, they are focused on continuing to grow their successful careers,” a source told E! News on Friday. “There are no hard feelings. This is just a case of two people moving forward in life separately.”

It is unclear how long the former couple have been broken up, and reps did not immediately return our request for comment.

However, Cruz, 34, recently told Page Six that he did experience a “bit of a breakdown” amid the coronavirus pandemic due to the isolation he experienced while living home alone in NJ.

“Just mentally, you kind of go through these phases of, like, indecisiveness and … ‘What’s the future going to look like?’” he said. “Thank God for my close friends, my circle, my people around me, because they kept me focused in times that seemed uncertain or when I needed somebody to talk to.”

Cruz and Tran, 32, first began dating in December 2017. They were photographed holding hands in LA at the time and an insider revealed they had been “friends for a while” before their romance.

Last April, Cruz shared that he had been quarantining separately from Tran since she was in LA “with her family,” but that they “probably talk 20 hours a day on FaceTime.”

“I’m buying different meats and fish, and she’s literally on FaceTime walking me through things, and it comes out great,” the former co-host of E!’s “Pop of the Morning” said. “I am an expert at turkey tacos.”

Cruz previously told E! that the phone calls forced them “every day to have these conversations and some are deeper than others.”

An insider told the outlet on Friday regarding the split, “They will always wish the best for each other.”

Tran famously dated Chris Brown before her relationship with the former Giants star.