Home » Lifestyle » Voter fury over ballot blunder: ‘How could they not have enough?’

Ros Holland had to make three trips to her local polling station on Saturday before she could finally vote.

Holland, who lives in the high-country town of Bright, arrived about 2.15pm and was told to come back later because they had run out of ballot papers. 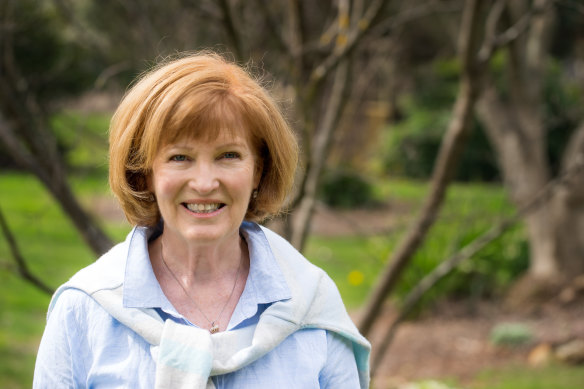 Bright resident Ros Holland made three attempts to vote after she was repeatedly told the voting centre had run out of ballot papers.

She tried again after an hour and met the same response, before returning a third time and casting her ballot at 5pm – an hour before polls closed.

“It’s shocking,” Holland said. “We’re such a small community here. How could they not have enough ballot papers?”

She is not alone. Other voters have told The Age they also encountered ballot paper shortages that meant some people were unable to vote altogether.

Another voter said she was instructed to use a handwritten ballot paper that included the candidates’ names but not the parties they were representing.

But Holland felt strongly that her vote should count regardless of the seat’s margin. She was particularly keen to vote below the line in the upper house to direct her own preferences, rather than leaving it to the major parties to decide.

Fellow Bright resident Tom Buckley said he was unable to vote at all despite trying at two polling places.

He said he knew of at least three other people who could not vote because work commitments prevented them from making multiple trips to voting centres or waiting hours for the ballot papers to arrive. 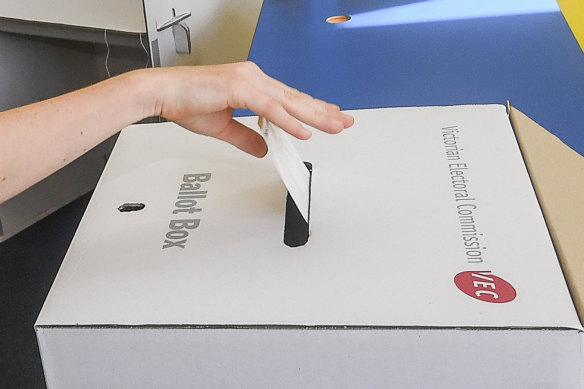 The Victorian Electoral Commission has confirmed there was a shortage of ballot papers at voting centres in Melbourne and regional Victoria.Credit:Justin McManus

Buckley said he first tried about 2.45pm on Saturday in Bright, but the polling centre had run out of ballot papers and officials told him to drive to nearby Porepunkah to vote.

“I got there about 3 o’clock, and it was the same situation,” he said.

Buckley said Victorian Electoral Commission (VEC) staff at Porepunkah told him they would be getting more ballot papers in about an hour and a half, but he could not wait that long because he was catering at a wedding.

“I can’t really duck out an hour and a half into my shift,” he said.

Metropolitan voters told The Age they were given handwritten ballot papers by VEC staff after some polling stations ran out.

In a statement, the VEC said it was aware of a “limited number” of voting centres in Melbourne and regional Victoria that ran out of printed district papers for the lower house.

“This is partially because many people voted outside their own district and printed absent sets ran short,” it said.

It said the redistribution of state electoral boundaries last year affected one in five voters and many were voting in a different district on polling day. 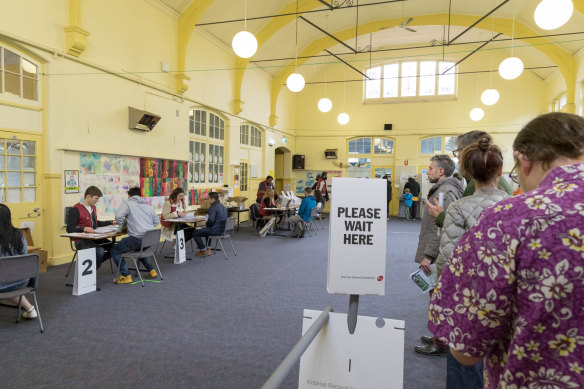 Many people voted outside their district at this election due to a change in boundaries.

The commission did not respond to questions about whether it would conduct or a review or if the shortage could have affected the result in some seats.

The VEC said replacement papers were provided to each voting centre but in the interim voters were given the chance to vote elsewhere, wait for fresh ballot papers or return later in the day.

It said voters also had the option of voting with blank papers with candidates’ names handwritten by election officials, which the commission said was permitted by law.

“In a couple of voting centres, a very small number of voters opted to complete an information report as a record of attending the site and as proof of their intention to vote.”

The commission confirmed people who filled out an information report would not be fined for failing to vote.

She said the VEC needed to review how the shortage of ballot papers came about.

“I think it needs to be looked at seriously,” Williams said. “If you’re making something compulsory you don’t want to frustrate those people and make it harder on a Saturday afternoon to do their duty.”