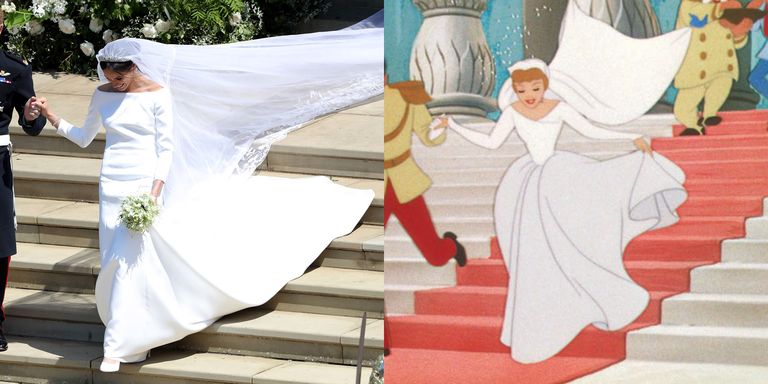 Meghan Markle wore a stunning long-sleeve boatneck dress designed by Clare Waight Keller (the first female artistic director at Givenchy) during her Royal Wedding to Prince Harry, and while the silhouette was fairly modern—it was ACTUALLY one we’ve seen before. In a Disney movie, no less.

Twitter was quick to point out that Meghan is essentially wearing a more streamlined version of the dress Cinderella wore during her wedding to Prince Charming in Disney’s Cinderella. Meaning, she literally dressed like a Disney princess on her wedding day, and NAILED IT.

The only way this could be better is if a fleet of friendly mice had held up her veil.