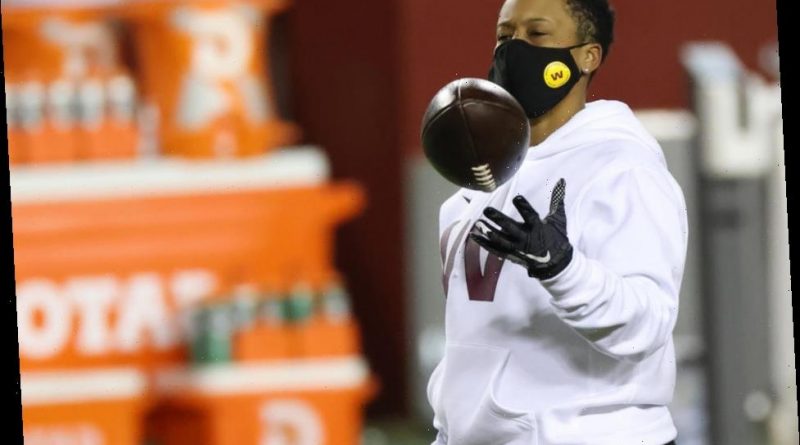 King is now the team’s assistant running backs coach after serving as a full-year coaching intern in 2020. As an intern, she worked with the offensive staff throughout the offseason, training camp and regular season, specifically helping running backs coach Randy Jordan, the team said.

In an interview, King reflected upon the historical significance of her promotion.

Our own @juliedonaldson_ spoke to @JenniferKing5 about her historic promotion and what she learned in the 2020 season. pic.twitter.com/cnOvuxILQH

King also had a message for young women who are looking to one day become coaches in the NFL.

“Just keep going,” she said. “If it’s something that you want to do, continue to gain knowledge and experience. Take any experience you can get and just keep going and keep growing in the game.”

She joins Tampa Bay Buccaneers’ Lori Locust and Maral Javadifar as the only current full-time female coaches in the NFL. Last season, King and Callie Brownson, Cleveland Browns Kevin Stefanski’s chief of staff, made headlines for working as coaches in a game officiated by female referee Sarah Thomas.

“Coach King is well deserving of the promotion to assistant running backs coach,” he said in a statement. “She came to Washington eager for the opportunity to work as a full-year coaching intern and learn from our staff. She got the chance to experience not only the in-season work that goes into being a full-time coach in this league but also the countless hours that are spent in preparing in the offseason as well.”

“Coach King is always eager to learn and has shown tremendous growth since starting here last season,” he added.

Jordan hailed the promotion and said King was “extremely helpful last year in seeing the game from a different perspective.”

“I look forward to continuing to collaborate as we move forward in our program and she moves forward in her coaching career,” he said.

Before her stint in Washington, King interned with the Carolina Panthers for two seasons. She was a quality control coach at Dartmouth and also served as an assistant receivers coach and special teams assistant for the Arizona Hotshots of the Alliance of American Football, which was canceled last year. She was also a quarterback and receiver for the Carolina Phoenix of the Women’s Football Alliance from 2006-2017.