Set for release next month, the sequel to 2018’s blockbuster takes place following the death of their leader T’Challa (played by the late Chadwick Boseman), as the kingdom of Wakanda prepares for a new threat from an underwater nation. During the two-minute video, Namor – the film’s main antagonist – can be heard saying: “Only the most broken people can be great leaders.” 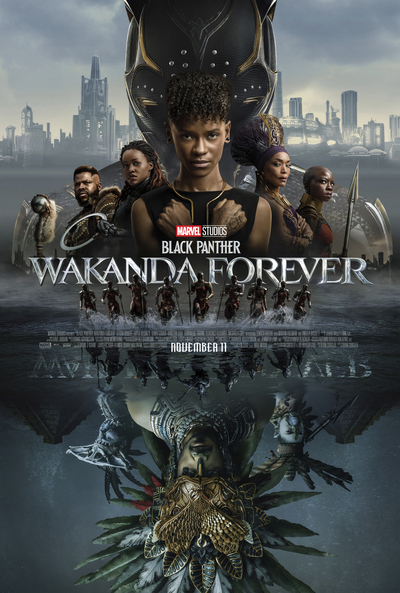 The cast for Wakanda Forever includes Lupita Nyong’o as Nakia, Letitia Wright as Shuri, Danai Gurira as Okoye, Florence Kasumba as Ayo, Winston Duke as M’Baku, Angela Bassett as Queen Ramonda and Martin Freeman as Everett Ross, all reprising their roles from the franchise’s first installment. The sequel brings newcomers such as Tenoch Huerta, who plays the main antagonist Namor, Mabel Cadena, Alex Livinalli, Dominique Thorne, who will debut as the young power-suited hero Ironheart, and Michaela Coel, the star of HBO’s I May Destroy You.

Black Panther: Wakanda Forever is set for a worldwide theatrical release on November 11, 2022. You can purchase tickets here. Take a look at the official trailer below.