The relationship between parents and private schools has always been complicated. Private schools almost never refer to their families as clients or customers, yet families pay for a service that is available free elsewhere. Stories abound of how poorly many families have been treated, both during the admission process and while attending the school, as many in-demand schools haven't always felt the need to adhere to the adage of the customer is always right.

I have encountered a large number of parents disillusioned with the treatment they received when inquiring about a position for their child at overflowing private schools. The consensus was that they were made to feel as if the school was doing them a favour by even considering them and this treatment often continued throughout their child's education. Many schools have been in the position of having a massive demand for their product.

Will COVID-19 change the way schools see themselves, market themselves and how they interact with the public? Suddenly, the unattainable might be attainable, and this will affect the parent/school relationship, the price, or even what exactly is offered at these schools.

Estimates of a drop in enrolments in private schools of five to 10 per cent due to COVID-19 seem conservative. For smaller girls' schools, a drop in enrolments could spell disaster, given their proliferation and already relatively small student numbers. The effect on school scholarships will also be fascinating.

Many private schools have facilitated pro rata refunds during COVID-19 to compensate for many of the offerings they aren't able to provide during remote learning, such as sport, camps and musicals. In many cases, parents have had to help teach their child during remote learning. This hiatus from normal schooling has prompted a lot of parents to question the value of private schools and it will be interesting if changing economic circumstances will bring a much closer scrutiny of value for money.

Similarly, from a school's point of view, they have had to look seriously at their cost structures and offerings in order to make ends meet. Will they return to the largesse of pre-COVID or will we see leaner schools with different offerings? Will we see the same level of marketing, scholarships and extracurricular activities? Some activities, such as overseas trips, may not be possible for some time. What happens with fees will also be fascinating. The market is unlikely to tolerate fee increases in the short to medium term. 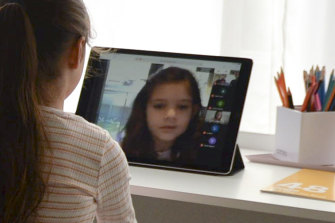 Will we see a move to lower-fee schools as parents cut spending? Many of these schools are about 75 per cent cheaper than high-fee schools and will present as an attractive option, as may many government schools. There is every possibility that parents will take this option and engage tutors and choose for their children to play sport at club level on weekends.

At the very least, the changed market will deliver a positive change in the school/parent relationship where the value of each is realised.