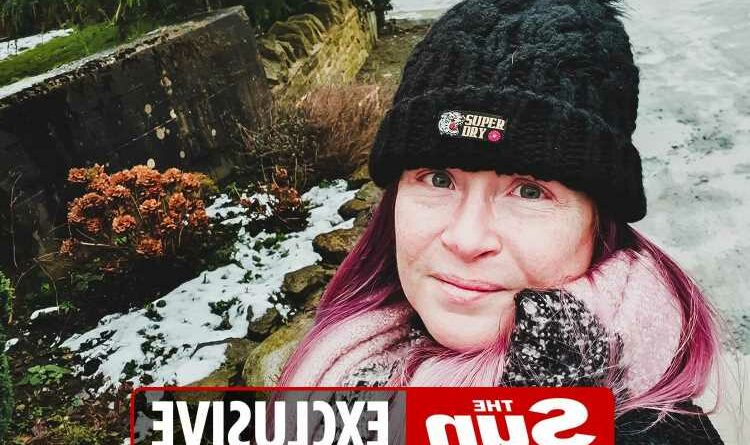 DEBI Wallbank won't be having the usual turkey with all the trimmings for Christmas this year, despite the Universal Credit boost.

Instead she'll be eating sausages and mash, as she struggles to even pay her bills and rent each month due to rising energy and food costs.

"We have a tiny tree, and I won't be giving friends or family any gifts apart from a tiny present for my mum," the 47-year-old from Shopshire said.

"I don't even have money to buy a bauble for the tree this year.

"The second my monthly payments come into my account, they're gone and I have nothing to show for it."

She is one of the millions on Universal Credit who won't benefit from the £1,000 a year, on average, increase.

The Sun campaigned for the government to slash the harsh taper rate and work allowance, to make it easier for hard-working Brits to get back into work.

Last week, we explained how increased benefit payments have started hitting bank accounts of half a million on Universal Credit.

But for many, like Debi, on Universal Credit she is struggling to make a regular income and therefore she won't benefit from the change in rules.

She recently started her own business as a menopause coach – but it may be a year before she can take any money out and pay herself a wage, as she's still getting it off the ground.

Debi said: "For a long time, at least the last 15 years, I've always wanted to own a business.

"I can be my own boss and I can also work from home as well so I can minimise the stress that I have – which is really important for me because of my mental health."

Debi said she tried applying for a grant to get her business up and running from Universal Credit through the New Enterprise Allowance scheme.

This scheme is available to Brits who claim Universal Credit, Jobseeker's Allowance or Employment and Support Allowance and you could get up to £1,274 to start your own business.

Most recent figures from the Department for Work and Pensions show that 146,000 businesses were set up by people using the New Enterprise Allowance scheme.

Unfortunately for Debi, she said that the New Enterprise Allowance scheme required her to undergo a credit check – and as she's in debt, she didn't pass and could not get any help.

Debi desperately wants to make the business a success and get off Universal Credit as she's been on and off benefits since 2016 when lost her her job.

This happened at the same times as her divorce from her husband, leaving her with no savings or income.

She also struggled with what doctors thought was depression – which was actually the perimenopause – and has ongoing mental ill health conditions.

"I feel unable to apply for employment due to my mental health," she said.

"I struggle with extreme levels of fatigue and social anxiety, which makes it really difficult for me in a workplace.

"I struggled to keep a job, even though I was desperate for one, because the perimenopause meant I could hardly function because I was so exhausted from my symptoms."

The Money and Mental Health Policy Institute (MMHPI) reported nearly half (47 per cent) of working age people receiving out-of-work benefits in England have a mental health problem, such as depression and anxiety – and need Universal Credit to help them get by.

Recently Debi has been struggling to pay her bills and faces a Christmas fraught with worry over her finances as she has been hit by rising energy and food costs.

Her monthly payments have also been cut from £780 to £700 a month earlier this year when temporary £20 uplift in the benefit ended.

The £20 a week extra was introduced at the beginning of the pandemic to help families that were struggling financially due to Covid.

It ended on October 6, despite charities and cross-party MPs calling on the government to extend the uplift or make it permanent.

Every month over half of her payment goes on rent alone for the house she lives in with her mum, who is retired.

Soaring energy bills are a massive worry for her, and like other households getting a nasty surprise on their statements due to the rising cost of wholesale gas.

Brits have also been hammered by rising inflation, pushing up the cost of living for millions.

"I'm extremely grateful to get Universal Credit – otherwise I would be on the streets."

"While I have no shame relying on benefits, I'm doing everything I can to not to be on it – I want to be financially self-sufficient.

"I can't wait for the day that I say goodbye to Universal Credit for good."

A government spokesperson said: "Support for the self-employed is built into Universal Credit, so people can receive financial support to supplement their earnings and they can receive regular help from Self-Employment Work Coaches.

“We are also supporting people with the cost of living by helping with childcare costs, energy bills and council tax as well as freezing fuel duty and providing a £500m Household Support Fund to help the most vulnerable afford everyday essentials.”

We also explain when you will receive your Universal Credit boost.

Any households struggling this winter can also get access to a new £500million support fund to help them with essentials.