Should Bake Off be BANNED? Weight loss guru claims the hit show is fuelling the obesity crisis by promoting unhealthy eating during a GMB debate

Fans of the Great British Bake Off have been left seething after a weight loss guru called for the show to be banned.

Anti-obesity campaigner Steve Miller appeared on Good Morning Britain where he aired his concerns that the Channel 4 baking competition is promoting unhealthy eating and making people ‘too fat’.

He claimed that Bake Off is triggering and encourages viewers to ‘run to the fridge and get the cake out’.

Steve suggested that before the programme begins a warning should flash up that urges people to ‘think before you slice’, which led furious viewers to rant on Twitter calling the entire debate ‘mad’. 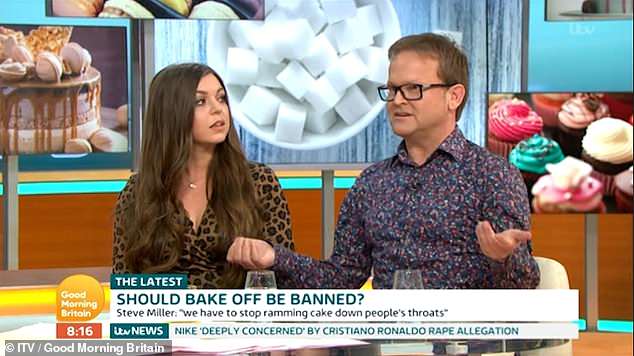 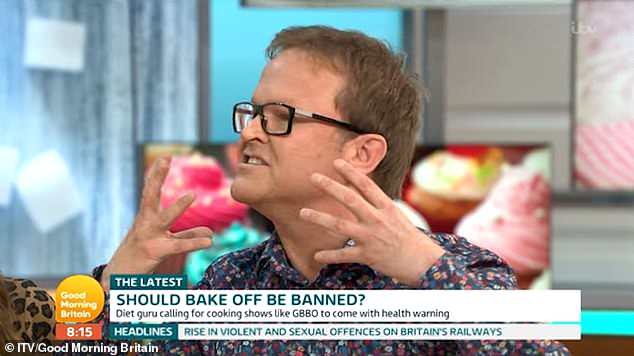 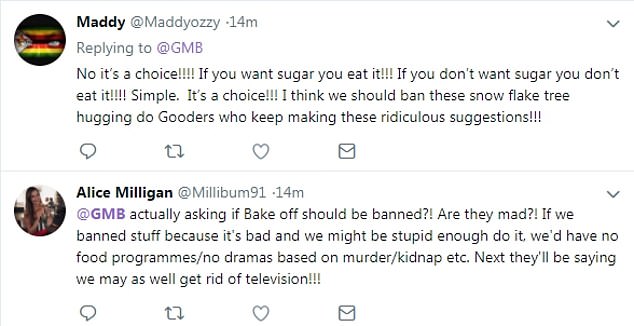 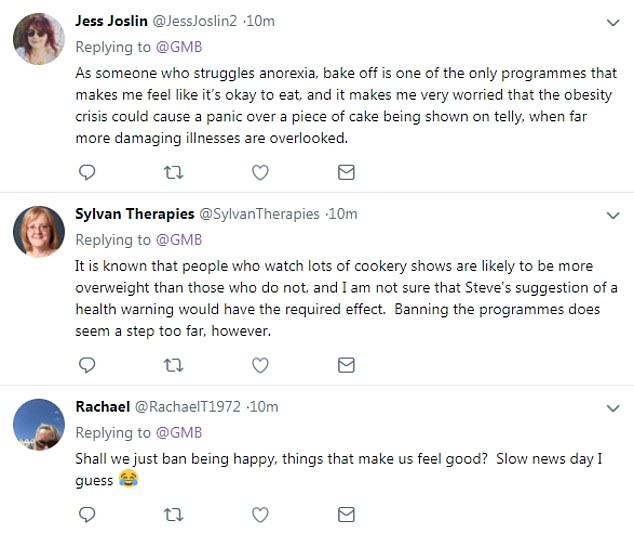 One GMB viewer fumed: ‘Seriously? People don’t go round thinking I’m gonna make a cake of the Bayeux tapestry just because they have seen Bake Off?

‘Ban Emmerdale because someone may kill a neighbour? Ban Homes under the hammer just in case someone falls off a ladder putting up a light fitting?’

‘GMB actually asking if Bake off should be banned?! Are they mad?! If we banned stuff because it’s bad and we might be stupid enough do it, we’d have no food programmes/no dramas based on murder/kidnap etc. Next they’ll be saying we may as well get rid of television!!!’ said another angry person.

‘I enjoy bake off as a thoroughly entertaining programme, I don’t dash off and bake cakes afterwards, leave it alone,’ added one.

Another viewer reasoned: ‘We should be trying to teach balanced diets and food in moderation, not demonising a particular food. Anything in excess is dangerous.. not just cake.’

Steve said while there was ‘nothing wrong with a bit of indulgence’, he had worries about Britain’s obesity crisis and claimed cookery shows like GBBO were contributing. 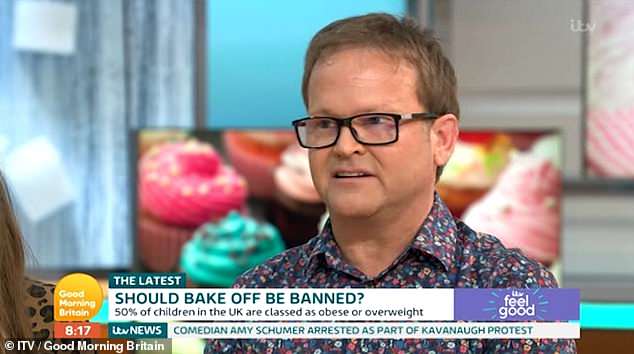 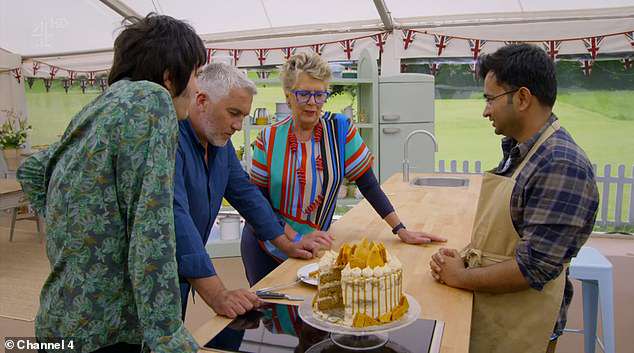 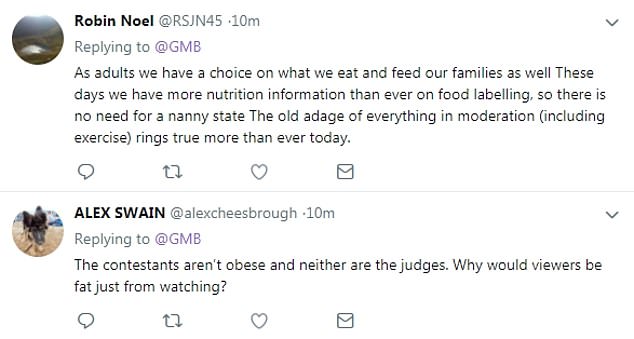 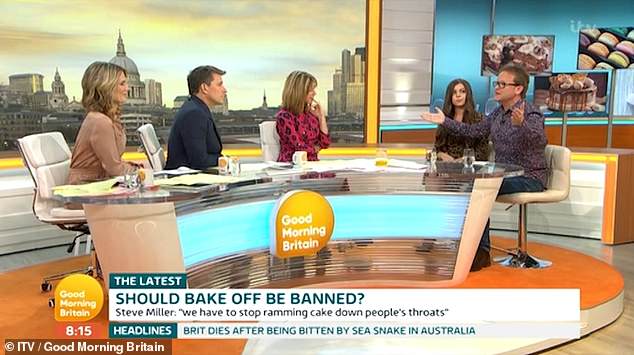 ‘But the problem is we have a massive obesity problem… I don’t want people to be fat.

‘You see it and automatically it triggers the senses and you start salivating, but what happens you see even if you’re really fat is you run to the fridge and get the cake out and you want to eat it.

‘That’s my concern with it. What I would like to see is a warning on the programme, even if it’s something like even if you’re fat think before you slice.

The controversial weight loss guru was joined by former Bake Off contestant Kate Lyons who fought for the show to stay, saying people can still eat cake as long as it’s in moderation.

‘It’s an entertainment show and when you bake your own show it doesn’t have additives in it,’ she added.

Good Morning Britain airs weekdays from 6am on ITV