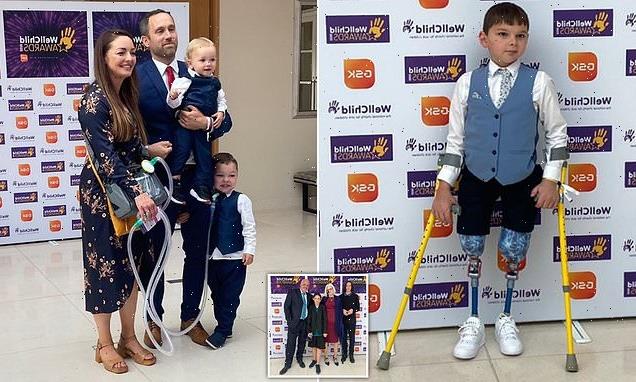 The show goes on! Young WellChild Awards recipients arrive with their families as the ceremony continues without Harry and Meghan as the prince rushed to Balmoral

The WellChild Awards ceremony has gone ahead without Prince Harry and Meghan Markle this evening – as it was announced that the Queen has died.

The Duke and Duchess of Sussex had been due to attend the ceremony, which celebrates the inspirational qualities of the UK’s seriously ill children and young people, along with those who go that extra mile to make a difference to their lives.

They had attended the service when living in the UK and maintained a relationship with the organisation since leaving for California.

Prince Harry had been due to give a speech at the London event but it was confirmed this afternoon that they had cancelled their appearance.

He rushed to Scotland to join other members of the Royal Family at Balmoral, where the Queen died peacefully this afternoon.

Buckingham Palace announced at 6.30pm that the Queen had died, aged 96. 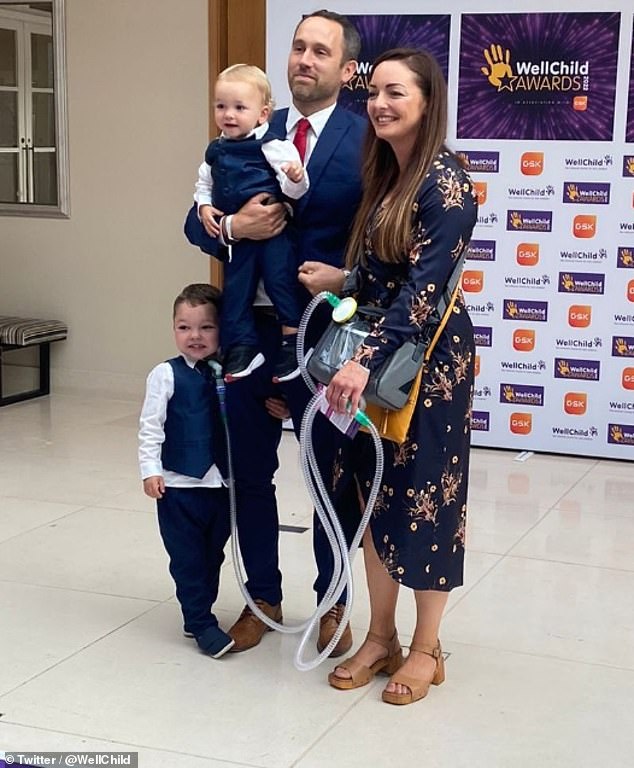 The children participating in this year’s award and their families were seen proudly arriving at the event earlier this afternoon, before the news of the Queen’s death broke. Here is participant Henry with his family 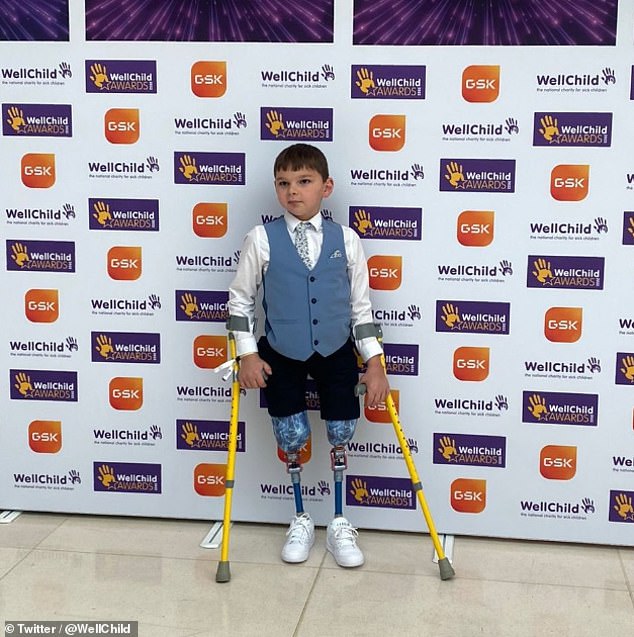 Tony Hudgell, who met the Duke and Duchess of Cambridge during Kate Middleton’s Christmas carol service in December 2021, also attended 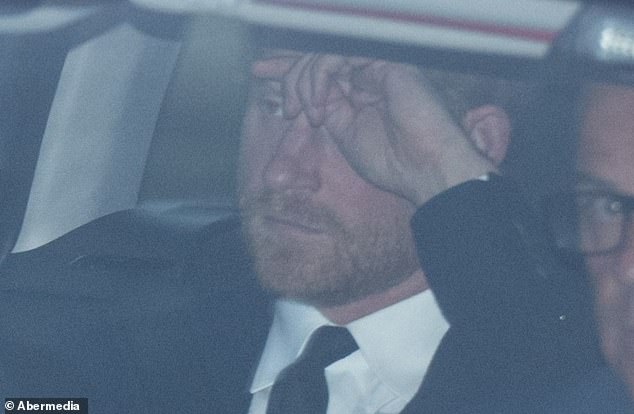 Prince Harry has landed in Aberdeen – shortly after the death of his grandmother, the Queen , was announced

But flight data shows the Duke of Sussex’s jet was still in the air at the time, not touching down at the airport until nearly 15 minutes later.

He made the journey without Meghan, although it was initially reported that she was joining her husband in Scotland.

It is understood Meghan has remained in London, but will not attend the WellChild awards. The duchess could potentially join Harry in Scotland at a later date, a source said.

Despite the absence of their royal guests, the children looked the picture of pride as they arrived with their families for the night of celebration.

WellChild is the national charity for seriously ill children and their families. Over 100,000 children and young people are living with serious and complex health conditions.

Many require round-the-clock support and can spend months, if not years, in hospital because there isn’t the support to get them home. 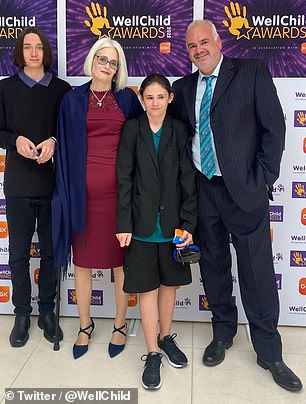 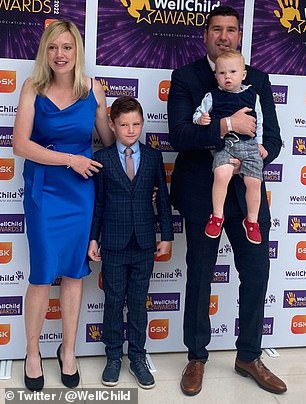 The families of the participant accompanied their children to the event. Participants included Isabelle, who won the inspirational 2022 WellChild award, and Harry, right, who won the Caring Child award 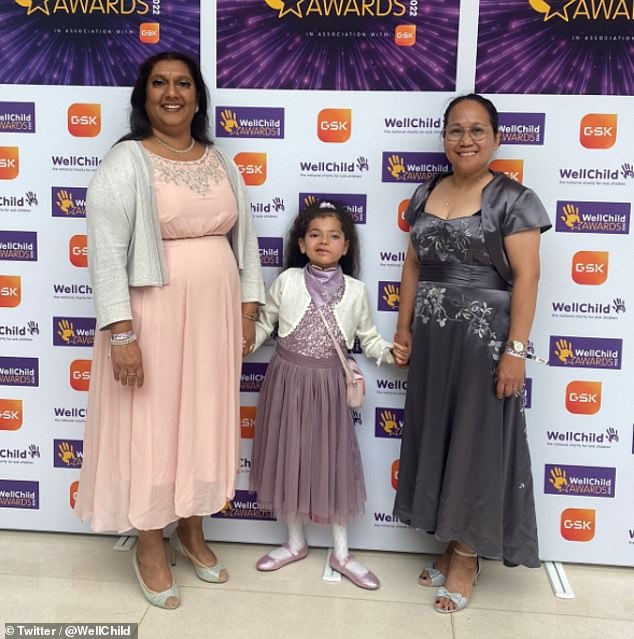 Shakeerah, centre, who also won one of the WellChild awards, attended the event in an adorable pink dress, tonight, and was accompanied by her loved ones

Through a nationwide network of WellChild Children’s Nurses, home makeover projects and family support programmes, WellChild works to give this growing population of children and young people the best chance to thrive – properly supported at home, together with their families.

WellChild was one of the four charities chosen by The Duke and Duchess of Sussex to benefit from the generous donations made by the public on the occasion of the birth of their son, Archie Mountbatten Windsor. 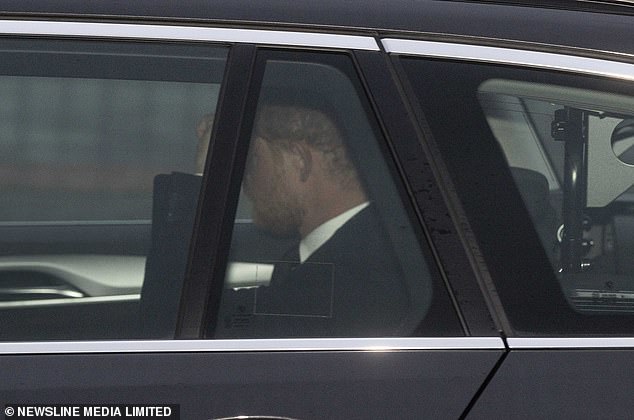 Harry headed to the Scottish estate alone, without his wife Meghan, having previously been due to attend the WellChild Awards in London this evening

The Queen’s death will see Britain and her Commonwealth realms enter into a ten-day period of mourning as millions of her subjects in the UK and abroad come to terms with her passing.

And as her son accedes to the throne, there will also be a celebration of her historic 70-year reign that saw her reach her Platinum Jubilee this year – a landmark unlikely to be reached again by a British monarch.

Charles, the King, said: ‘The death of my beloved mother, Her Majesty The Queen, is a moment of the greatest sadness for me and all members of my family.

‘We mourn profoundly the passing of a cherished sovereign and a much-loved mother. I know her loss will be deeply felt throughout the country, the Realms and the Commonwealth, and by countless people around the world.

‘During this period of mourning and change, my family and I will be comforted and sustained by our knowledge of the respect and deep affection in which the Queen was so widely held.’