Home » Lifestyle » What happens after you win Love Island? From strict ITV contract to brand deals 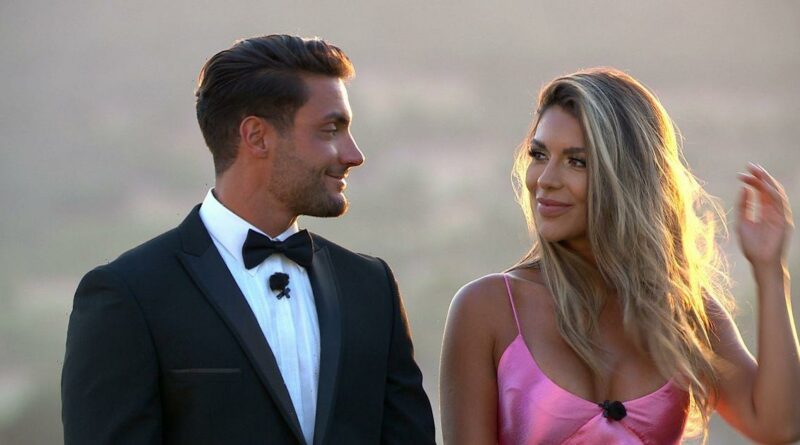 The pair quickly became fan favourites due to their bickering and romantic gestures on the show, and it's now been revealed that theypicked up more than half the votesto be crowned this year’s winners.

After eight weeks in the Mallorca villa, Ekin-Su and Davide, both 27, will join the rest of the Islanders at home as they return to “normal life” though life will be far from normal and judging by their Instagram accounts alone, both have racked up quite a fanbase.

Before entering the Love Island villa, all of the contestants have to sign a strict contract that sets out their obligations during the show and the rules that they must follow.

However, the filming of the main show isn't the only ITV commitment that the contestants are contracted to do.

In 2019, theLove Island contractwas revealed in full for the first time after it was presented to the Department of Culture, Media and Sport select committee on reality TV.

The contract showed that as well as the main show, the contestants are required to make themselves available to film the spin-off show Aftersun, and "any other making-of programmes".

While the finalists will be looking forward to spending time with their families again, they might not get much of a chance to do this at first as they usually have a host of press commitments and more filming to get done.

In the days after leaving the villa, the Islanders are often whisked off to do press appearances, but they're also required to do filming for spin-off shows.

He explained: “They’re [the producers] in touch with your family members and friends at home. They arrange a reunion-type thing. I went round one of my mate’s houses, so they filmed that. Once you land, you’re still in their pocket.”

Once they've flown back to the UK and completed their press commitments and other filming requirements for ITV, the Love Island finalists will be tasked with finding an agent to manage their newfound fame.

From brand deals to personal appearances, there's lots that they can do to make the most of their reality TV fame – but their strict contracts mean that they might be limited to what they can do at first.

Last year, aleaked contractallegedly showed that the Islanders weren't allowed to appear on other TV programmes for months after Love Island ended.

It was also reported that ITV bosses also have power over the brand deals that the contestants take on for the first month after the show finishes.

However, ITV do help the contestants to deal with their new fame by assisting them in the search for a management agency.

In their 2022 Love Island Duty of Care protocols, ITV said: "We encourage Islanders to secure management to represent them after the show and manage them should they choose to take part in other TV shows, advertising campaigns or other public appearance opportunities."

Eventually, the Islanders will be able to start making some decisions about their post-villa careers.

This year it looks like the finalists already have plenty of companies interested in working with them.

Ekin-Su is already scheduled to make several club appearances. The Turkish actress is advertised as making appearances at Marilyn's Nightclub in Evesham on 6 August, Trilogy Nightclub in Warrington on 27 August and at Chester Freshers week on 244 September.