Home » Lifestyle » What it costs to rent a home near you: Average UK prices revealed

Has renting got more expensive or cheaper near you? Two-speed property market sees rents fall in London and rise elsewhere

A two-speed rental market has emerged amid the coronavirus pandemic with rents falling in London but rising elsewhere in the UK, it has been revealed.

New data published by Zoopla showed rents in inner and outer London have dropped 3 per cent since the beginning of the year, and are down 1.4 per cent in the past 12 months.

It compares with a significantly smaller drop of 1 per cent since January 1 and an increase of 2.2 per cent in the past 12 months for the rest of the country excluding London. 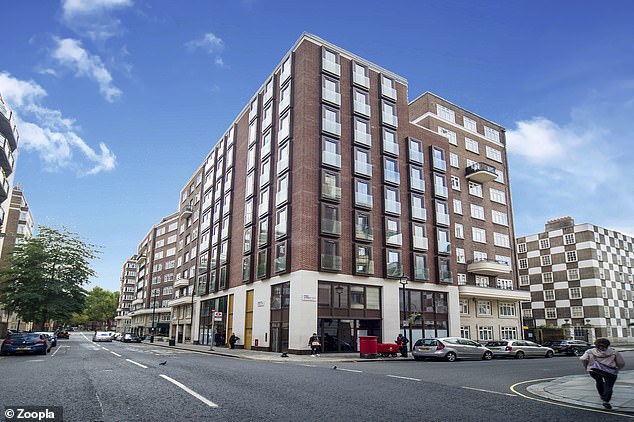 London rental: This two-bed flat in Marsham Street, south-west London is available to rent for £1,950 a month via letting agent Vesper

Reduced international travel and tourism, along with an increase in working from home, is to blame for the more recent sharp decline in London rents, according to the property website.

Zoopla said Scotland’s financial centre Edinburgh had been affected by the pandemic for similar reasons, with rental growth slowing to 0.2 per cent in the past year.

As well as a reduction in tourism due to the pandemic, Scotland has also seen new policies affecting landlords and the supply of property.

These include discussions about bringing back the ban on AirBnBs in shared staircase buildings, which would affect some parts of Edinburgh.

Zoopla said the rental markets in London and Edinburgh stand apart from other cities in Britain due to a rise in supply in these markets, which is increasing choice for tenants.

This is not being matched by similar levels of demand, leading to downward pressure on rents and the rate of rental growth.

It explained that the decline in international travel and tourism has seen landlords in the capital, especially in central London, shifting away from short lets, thereby increasing supply in the long-let market.

Weaker demand means that as tenancies end, they are being absorbed more slowly, compounding the growth in supply.

It added that the rise of homeworking at many companies, with a slow return to offices over the rest of the year, signal that demand for rental property is likely to remain subdued, especially if unemployment starts to rise.

Commuting data shows that working patterns in London are still far from returning to levels seen back in March.

In addition, the student influx expected as part of the usual seasonal busy period in late summer may not be as large this year as universities migrate towards more online learning, Zoopla said. 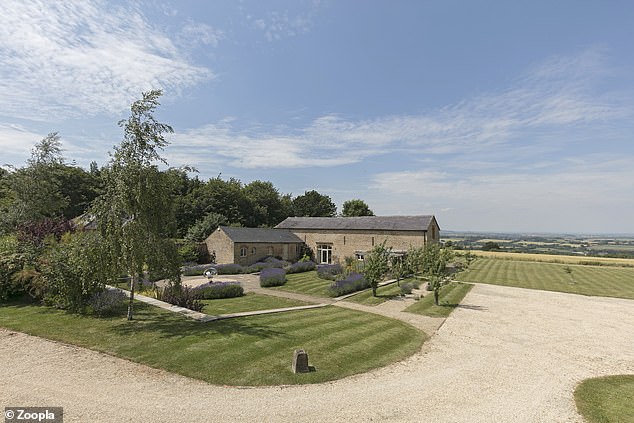 Escape to the Cotswolds! This eight-bed house in Chipping Norton is available to rent for £10,833 a month via letting agents ATPS

Zoopla suggested that tenants, like homeowners, may have used lockdown as a chance to reassess how and where they are living, further boosting rental market activity.

By contrast, across much of the rest of Britain, demand for rental homes is still outpacing supply.

Cities such as Rochdale, Sunderland, Bristol, Preston, York and Leicester are all recording annual rental growth of more than 4 per cent.

Zoopla explained how demand has been driven in part by renters reassessing what they want and need from their home during lockdown – and having the flexibility to act on this and move more easily than homeowners.

While some might have decided that they need more space or a garden, others have elected to move location – in some cases moving further away from the office and embracing a longer commute amid more flexible working patterns in the future, it said. 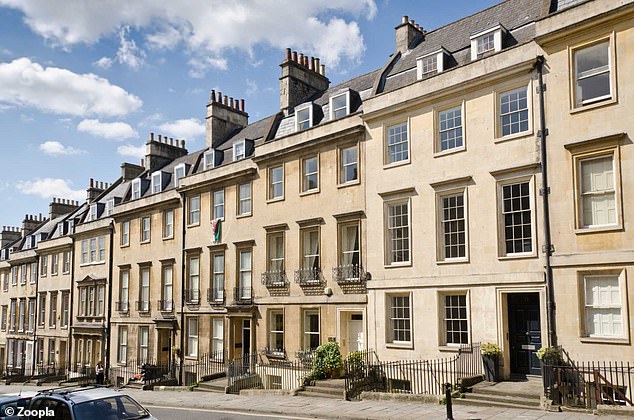 Rent in Bath: This seven-bed house to rent in Bath’s Gay Street is available for £3,500 a month via Bath City Lets

Levels of affordability for tenants have remained largely unchanged in recent years, with the exception of London, which has become cheaper although rents still eat up almost half of income.

In the capital, the proportion of income needed to cover average monthly rent has fallen to 45 per cent from 54 per cent in September 2014 – although it still remains the most expensive region to rent a home in Britain.

She added: ‘As new rental supply continues to catch up with demand levels, we could see further softening of headline rental growth by the end of the year, although there will be some areas of outperformance.

‘Uncertainty continues over how any further outbreaks of Covid will impact the resumption of office life, student life and tourism, and this uncertainty will impact demand in some markets during the rest of the year.’ 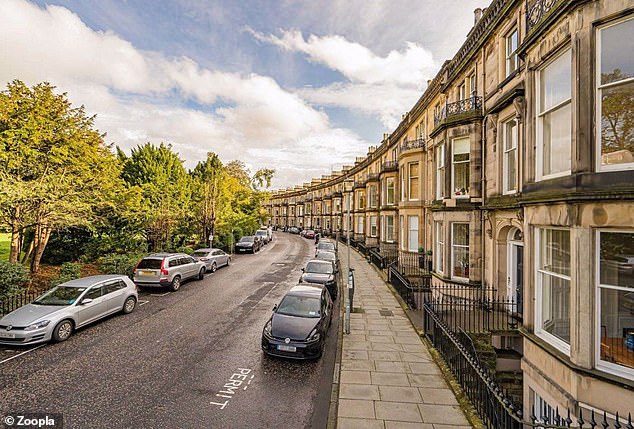 A two-bed flat in Glencairn Crescent, in Edinburgh’s fashionable West End, is currently available to rent for £1,395 a month via DJ Alexander Lettings