Home » Lifestyle » What It Feels Like… to use a surrogate 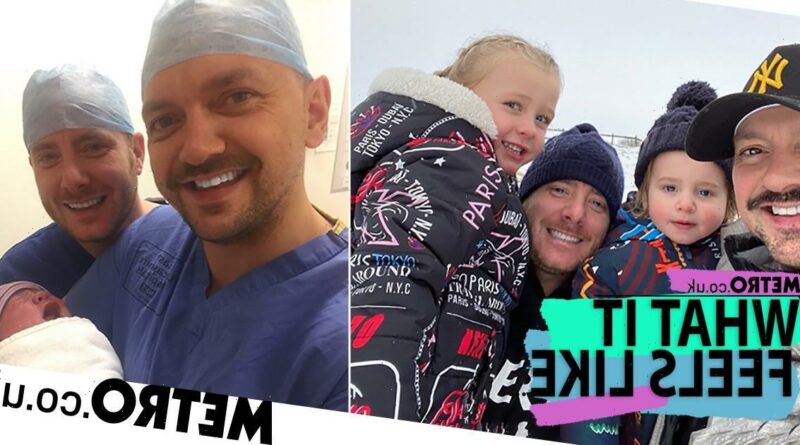 It was February 2016 and my now-husband Wes and I were skiing in France when I received the text: ‘Can we talk?’

Just 10 days earlier, an embryo fertilised with my sperm had been implanted into our surrogate, Caroline – and we expected the worst.

This was our first embryo transfer, and our hearts were pounding as we dialled.

We cried, and exchanged a million thank yous. This was it – everything we’d been planning and hoping for. We were going to be parents. This news not only shaped our lives, but also shaped the direction of our future careers and how we’d go on to help hundreds of others just like us.

I met Wes in June 2012 at Birmingham Pride – he already had a daughter from a previous marriage, but quite early on in our relationship we spoke about having a family.

We wanted to create a family using both of our genetics, but didn’t even know where to begin when it came to surrogacy in the UK. 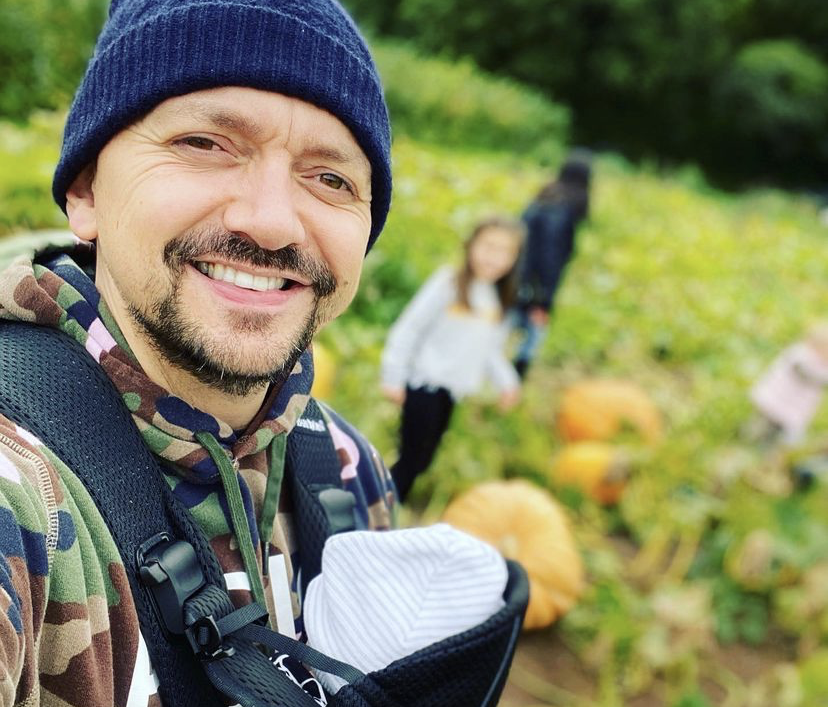 Starting out was the hardest part. We made mistakes – wasting time and money. We travelled abroad to clinics in Mexico and Thailand, paid for memberships to help us network within online surrogacy communities, and for countless surrogacy programme consultations.

There are a number of not-for-profit organisations that can help you navigate surrogacy, but all of them had waiting lists or weren’t accepting new intended parents – so we explored independent surrogacy in 2014.

We chose a gestational surrogacy journey, which meant our surrogate would be a host, and wouldn’t therefore be biologically-linked to our child. This meant we required an egg donor.

Through a clinic, we found a donor that met our criteria. As we were using my sperm, we wanted a donor that matched Wes’ characteristics, so we preferred a blue eyed, fair skin, blonde haired donor – ideally over 5’6”.

We agreed that Wes would fertilise our donor eggs for round two – if the first round hadn’t worked. Since Wes already had a child, it was always going to be the case that I would have an attempt at being the biological parent first.

In 2015, Caroline approached us online, on a surrogacy networking website. She was married with four children and had never been a surrogate before – she was adamant on helping a gay couple.

We spent six months getting to know her (and her family) before we began treatment. Surrogacy in the UK is built on trust and friendship. A surrogate (and their partner, if married) are the legal parents of your child at birth, and you require their consent to obtain a parental order. Therefore it’s so important neither party feels rushed or pressured into entering into a surrogacy journey.

Thankfully, our pregnancy was straightforward – while there were stares at all our pregnancy scans, we quickly became used to the fact that families like ours weren’t always visible. It demonstrated there was much more work to do to ‘usualise’ surrogacy and same sex parents.

Our surrogate opted for a c-section for medical reasons, which we clearly respected. Wes and I watched the entire operation and saw our daughter, Talulah, enter the world at 6am on October 16th 2016 – weighing 8lbs. Holding her and seeing her gaze into our eyes was incredible, the intensity of the bond was immediate. She was perfect.

But our journey didn’t end there. We knew we’d love being parents – and always spoke about having several children. We wanted Talulah to grow up with a sibling a few years younger than her. Unfortunately, we had to change donors as our original donor had become ill, and wasn’t able to donate again.

The prospect of not having that genetic link – as this time Wes would be using his sperm – between our children was a real low point. We learned to understand that, while genetics play a role in building our dream, this isn’t always important. Family isn’t always created by genes – something we now tell others.

In 2018, our friend Francesca came forward to donate her eggs and we began treatment again, with Caroline as our surrogate, that winter.

That New Year’s Eve, Caroline called us to tell us that we were pregnant again. Imagining what Talulah would be like with a little sibling made our hearts want to burst – we knew she’d be wonderful and caring.

At 10 weeks, we discovered we were having a boy. Talulah understood that Caroline was growing her little brother and when we’d meet up every month, Talulah would talk to Caroline’s tummy.

Duke was born on 20 August 2019 by planned c-section, at 9:16 am and weighed 7.2 lbs. ‘I’m really proud of myself,’ Caroline said afterwards. ‘I’ve completed a family – it’s one of my biggest achievements’ – safe to say more tears were shed.

Alongside our journey, we blogged about our experience and in 2017 we set up TwoDadsUK to help others through their surrogacy journey.

The emotional journey of still being a child’s parent from birth, but not genetically-linked to them can be a tricky one to navigate. So, we openly talked about this on social media and as a family – hoping to help others by sharing our journey.

In our spare time, while juggling family and work, we’ve helped over 300 people become parents. We were even asked to visit the Houses of Parliament in 2018 to offer ideas how the law could be improved.

And, in February 2021, we launched the UK’s latest not for profit organisation called My Surrogacy Journey – supporting everyone (LGBTQ or heterosexual) on a surrogacy journey. We also launched The Modern Family Show, the only family building show for LGBTQ people in Europe.

It’s taking place on 18 September in London. It’s an educational and informative event, addressing all types of family creation such as Adoption, Fostering, IVF, IUI, Surrogacy, Egg/Sperm Donation, solo parenting and fertility preservation. It’s an extension of the work we’re doing to help as many people understand their options, in a safe space.

Through our experiences I learned that I’m more patient than I thought. Surrogacy is a marathon and not a sprint, and it’s important to take your time and find an organisation or style of surrogacy that works for you. Regardless though, it’s a rollercoaster of emotions.

Now, after just celebrating Duke’s second birthday, our hearts feel full and there are smiles (and a few more wrinkles) on our faces.

We have seven embryos in the freezer at our clinic and Caroline has offered to carry one final time – the question is though: shall we do it all again?

Michael Johnson-Ellis runs the not-for-profit surrogacy organisation My Surrogacy Journey and also The Modern Family Show, the only LGBTQ family building event taking place in London on the 18th September.