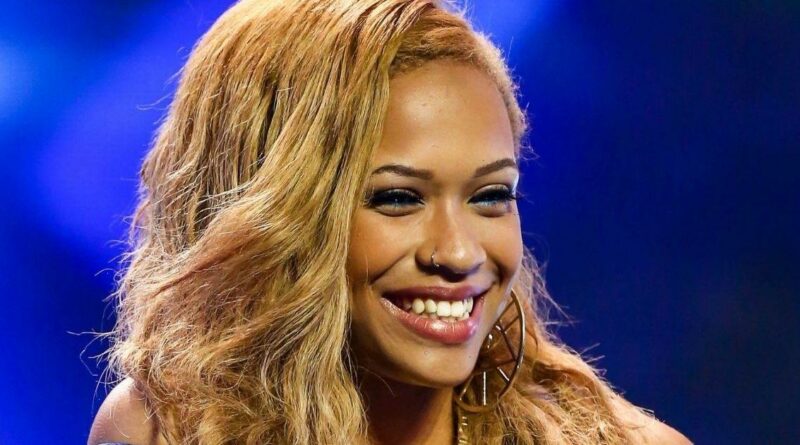 Tamera Foster shot to fame on the tenth season of The X Factor when she was just 16 years old. She ultimately made the show’s quarter finals, but lost out on the crown to Sam Bailey.

Now 24, Tamera is set to relaunch her music career – and with a very different beauty look. Gone are the days of her extension-heavy blonde tresses, and in its place are a series of glamorous and bold beauty looks that give her a very A-list vibe.

Over the past few months, the Gravesend native has debuted everything from a short ashy blonde bob to waist-length dreadlocks. She even showed off a show-stopping blue look in November this year.

So what’s Tamera up to that warrants such a huge beauty transformation? Well, after a six year hiatus, Tamera announced news of her first single Romeo to her 95k Instagram fans in late 2019.

“So the time’s come, I can finally announce that my debut single will be coming out this Wednesday night at Midnight!! The last six years I’ve been working on music have been a series of incredible,” she wrote.

Plenty of fans have been delighted by Tamera’s musical comeback while others have shared their shock at how different the singer now looks, compared to her X Factor days.

“I can’t believe this is the same person,” comments one stunned follower.

A third asks: “Was she really on The X Factor?!”

Tamera isn’t the only X Factor alumni to make headlines with a changed appearance. 2016 contestantSaara Aaltohad thick, shiny brunette hair on the show, but has swapped the natural look for pink tresses. She’s also recently given her look an edgy upgrade with an undercut on one side of her head.

“Here’s how this last year has changed my style (HUGE change‼️), I hope to inspire you to try something new as well. I have ALWAYS had dark hair… but now it was time for something totally new,” the 32 year old wrote.

We wonder who is due for a beauty overhaul next!

For all the latest beauty trends, tips and launches, sign up to the OK! Daily Newsletter here.