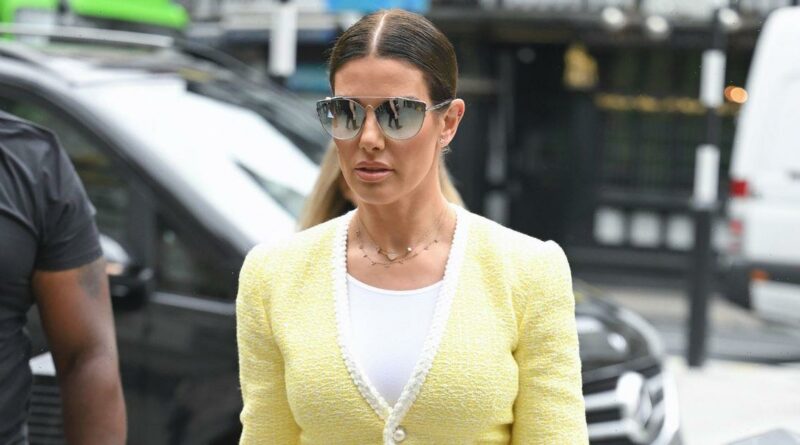 Rebekah, 40, launched legal action after Coleen, 36, claimed her fellow WAG'sInstagram account was linked to stories about her leaking to the press.

The seven day-long trial took place back in May and after a wait of over eight weeks, Mrs Justice Karen Steyn has now delivered her verdict –announcing that Rebekah has lost.

According to the BBC, Rebekah’s bill could reportedly be upwards of "£2million" following the trial, leading to questions about what’s next for the WAG.

“I think in the context of the world we live in today, Rebekah is a stylish, attractive woman. I can still see clothing brands working with her because she makes clothes look good.”

Media lawyer Jonathan Coad said to the BBC: “It is an absolute disaster for Rebekah Vardy. And what makes it even more tragic is four times Coleen Rooney tried to settle this case, the judge told her that the case should be settled but she has carried on and suffered terrible brand damage during the course of the cross examination by David Sherborne which I think was what has won it.

"And she has lost so financially she will have to pay all her costs and 70% of Coleen’s costs which is well over two million quid.”

Andwith a Wagatha Christie documentary allegedly in the works, Rebekah could profit from such coverage, according to pop culture expert Nick Ede.

“There will be documentaries made about this and I am sure a few made-for-TV films and dramatisations, and she could profit from these if she is given the opportunity to give her side,” he told MailOnline.