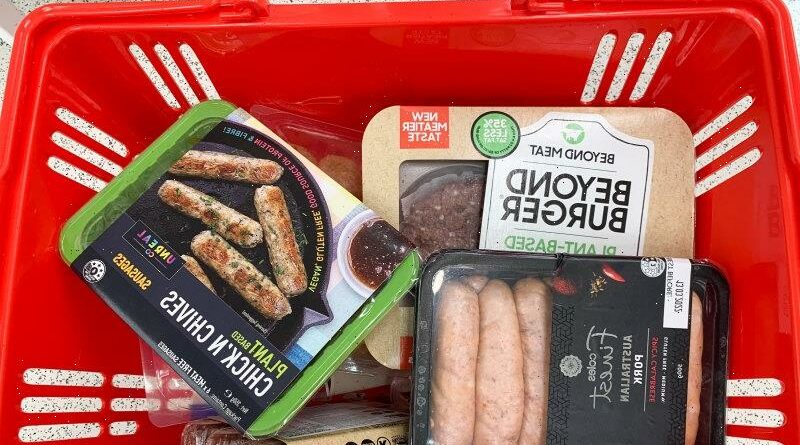 Consumer watchdog staff armed with tape measures could patrol supermarkets’ chiller aisles to check fake meat products aren’t too close to the sausages and steaks if the livestock industry wins its push for tough new rules for the emerging plant-based protein industry.

A Senate inquiry into fake meat labelling laws drew hundreds of submissions from farm groups fired up over upstart vegan food companies’ use of pictures of cows and poultry and terms such as milk, chik’n, tofurky or impossible burger on packaging. 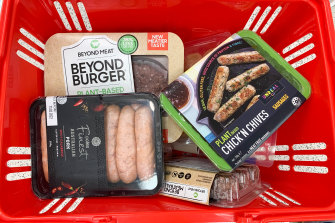 “I personally have been involved in the meat industry since I was a child making sausage from the age of 8 … You can’t call a package that has tarpaulin in it an umbrella even though they are able to do similar jobs,” the submission from Sunshine Coast butcher Mick’s Meat Barn said.

“Some of the meat-based burgers are now very clever at portraying themselves as meat with
those descriptors being in much larger type and the message that they are plant-based is usually smaller or more hidden.”

The red meat industry is valued at about $18 billion and expected to be worth $35 billion by 2030. While the plant-based protein sector is valued at just $140 million, supermarket giant Woolworths estimates it has grown 40 per cent year-on-year, with tofu, falafel and plant-based burgers the standout products.

Inquiry chair Susan McDonald, a livestock industry stalwart and Queensland LNP senator who grew up on the family’s cattle station and ran the Super Butcher retail business before she entered Parliament in 2019, told this masthead reforms were needed due to widespread concerns.

“The Australian on the street is saying damn right, this is something that we’ve not really looked at because we were buying in the meat section, but we’re now seeing this new product. We don’t like how it’s been advertised and marketed. We don’t like where it’s sitting on the supermarket shelves.”

The National Farmers’ Federation is concerned products using terms such as “bull-free beef” and “bacon-style strips” on meat-free products are getting a free ride from meat industry marketing and “conveying the nutritional equivalence of animal-based products when often these products are not nutritionally equivalent”.

But the Australian Farm Institute think tank told the inquiry it could not find any evidence to support the concern that existing definitions of alternative protein products were causing economic harm.

The Australian Food and Grocery Council expressed concern that by holding the inquiry, the Senate had suggested plant-based protein food was “anything other than completely safe for consumers” while Woolworths said current labelling regulations were already rigorous and gave appropriate coverage for both meat and plant-based products.

The Australian Competition and Consumer Commission received 11 submissions on fake meat placement in the year to June 2021 and said in each case it felt a court would find the overall impression conveyed by the labelling was unlikely to mislead an ordinary consumer.

“What we’re trying to address is this opportunistic sector who was using animal-based images and terminology to piggyback on the marketing of an existing category.”

The recommendations would probably require a change to the Food Standards Australia New Zealand (FSANZ) Act, which would need buy-in from state and federal governments as well as New Zealand.

The Greens issued a dissenting inquiry report that mocked the Nationals for attempting to appeal to farmers with a campaign on a “peripheral and barely registrable issue of labelling”.

“Trumpian-like in their endeavour, the Nationals have delivered an analysis of this inquiry with the eloquence and intellectual vacuity of John Belushi yelling ‘food fight’ in Animal House,” they said.