Strictly Come Dancing is coming closer and closer to the final, but which couple will lift the coveted Glitterball Trophy? Body language can give some clue as the final result, and expert Judi James has shared her analysis exclusively with Express.co.uk, looking at the chemistry of each couple.

She said: “With most of the stragglers weeded out, each one of the couples making it to Blackpool this weekend should be capable of winning the Strictly Glitterball prize, meaning we’re into the realm of motivational factors, mindsets and above all couple chemistry and compatibility in terms of making the difference and getting that winning edge.

“Body language defines what sort of chemistry ‘or not’ each duo has and how that can impact on their performances.”

Probably the most electric dance chemistry of the competition, with their strong personalities translating as dramatic and often sexy routines on the dance-floor so why put all that talent and physical rapport aside for their ‘Vogue’ routine? It seems to have been Michelle’s choice and it was gorgeous and part of an emotional journey for her but with other dancers now producing complex and physically-testing technical routines maybe Giovanni should have taken control for their Blackpool number.

Verdict: Powerful, cheese-free chemistry that clearly led to some electric moments on the dance-floor but sadly they didn’t capitalise on that this week. 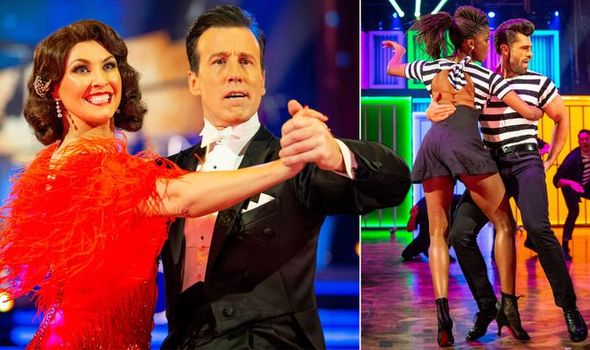 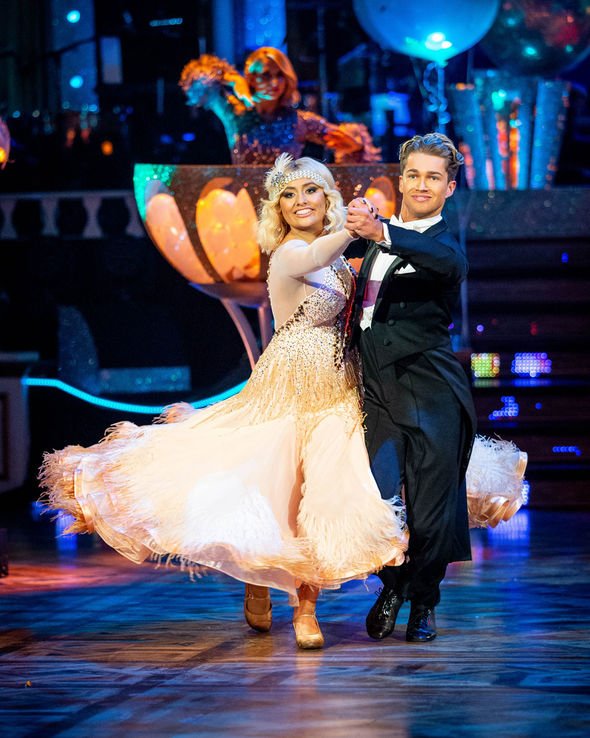 They improve every week and Anton is now keen to praise Emma loudly and create signals of rapport, but their chemistry together remains politely friendly rather than super-close and it might just be their differences backstage that are creating some score-winning routines rather than any cheesy bonding. Their hugs are polite and when Anton kisses her on the cheek she places a hand on his chest to keep the slight remoteness going in the style of Mary Poppins.

It’s Emma who places her arm around Anton’s shoulders and her alarmed-looking response when he offered her a more spontaneous cheek-kiss at the end of their scores involved her hand being raised to his cheek in a way that send him leaping back quickly.

Verdict: The most polite-looking couple although they might need to break through some of Emma’s inhibitions to adopt the kind of chemistry that will get the most out of any of the more sensual dances.

The sweetest-looking couple in the competition, with some strong compatibility signals from the start, although the power-balance might need tuning to get the very best performance out of Saffron, who I think has more in her tank to surprise us on the build-up to the final show.

AJ is currently showing his amazing talent out there as a dancer and he is mesmerising, but to the point where he’s risking stealing the attention from Saffron. Her confidence and ego have been good so far but she’ll need some boosting up now.

Verdict: Matching energy, determination and youthful confidence and great chemistry together, but their signals of subtle power-swings might need to even out for a win.

High levels of trust and respect between these two and their training VTs showed their ability to use mutual eye contact as they spoke. Oti clearly works Kevin hard but his approach looks compatible with that and they celebrate together like equals. He is clearly motivated by her approval signals but not intimidated.

Verdict: Probably the best winning chemistry in the competition when it comes to mirrored thinking and quietly determined approach.

Everything about Karen’s body language screams toughness, grit and physical strength and a comedy non-dancer could have tried her patience, but she’s adopted a very smart approach, performing some over-congruent, wide open-mouth laughter at Chris’s jokes which will boost his professional ego while adopting some alpha poses to trigger his grit and determination.

Her celebration after their dance was almost scary, with floor-punching, leaping and shaking Chris hard as they hugged but he in turns mirrored her tough stances, with hands on his hips suggesting a state of aggressive ‘win’ arousal. Their touch after their dance was minimal and Karen celebrated with other dancers instead. 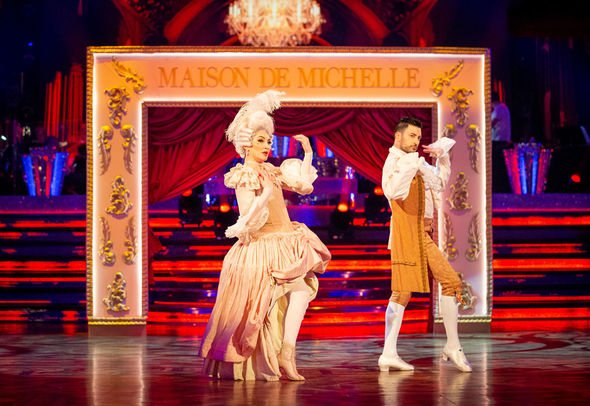 This week they appeared to have peaked in terms of their style of winning bonding, with Alex at full-throttle and Neil taking a quieter and more supportive approach. She soared after their dance as though she’d just scored the winning goal in the World Cup and her 10 slaps and pats on Neil’s chest made him look like a sporting team-mate rather than a dance partner.

Verdict: Alex’s sporting rituals have put her firmly into her comfort zone with Neil as her staunch and reliable team-mate and coach.

Their chemistry is adorable, with Karim like the high-energy, loving and super-keen puppy-dog, throwing everything into his routines while Amy stands beside him in loving, supportive and quasi-maternal mode. He goes through the emotional wringer, from ecstatic to distraught and Amy face-watches and face-touches to keep him going.