Christian Serratos, 30, has some very big boots to fill. She takes the stage as the title character and Tejano icon in the new two-part Netflix show Selena: The Series, which premieres December 4. While you’ve been counting down the minutes to the release, Christian is feeling a bit different. “I’m terrified!” she told the Los Angeles Times.

Portraying who Selena was before the fame was no easy task, and Christian took it seriously. “It was definitely an actor’s dream challenge,” she told TV Insider. So she started prepping and embodying the superstar singer before she got the role. “I knew that if I waited to start prepping, it was already going to be too late,” she told TV Insider.

Get to know Christian Serratos and how she transformed into Selena Quintanilla-Perez on Netflix.

She’s best known as the fierce Rosita Espinosa in The Walking Dead. She gives a master class in slaying zombies on the AMC show. 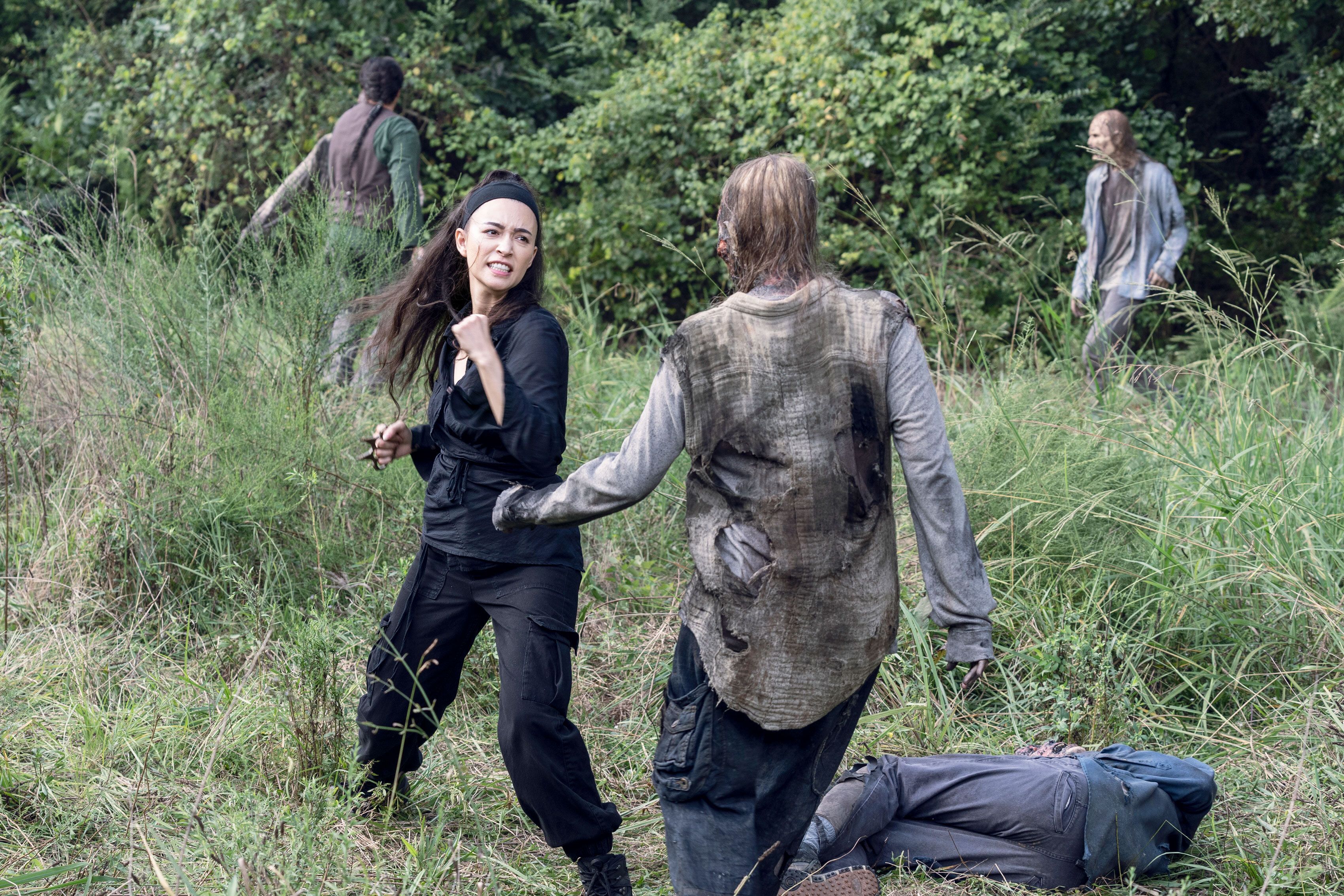 Christian’s time on The Walking Dead “taught me patience and grace… so when I was given the opportunity to show what I had, I knew how to get there,” she told the LA Times.

She left season nine of The Walking Dead early to film Selena: The Series.

“I still find it difficult to talk about,” she told Entertainment Weekly about taking on the iconic role. “It’s so personal to me because I’m fully aware of how personal it is to all her fans. I feel this incredible sense of pressure, but good pressure, because if I needed any motivation to do my best in this role besides how much I love her, it’s because I don’t want to let anyone down. I know how deeply this woman resides in the hearts of so many.”

Take a peek at Christian as Selena in the trailer:

“When I got the role, I was given her music from the show and there was this brief moment where I felt deceit,” she told EW. “How am I such a huge fan and I hadn’t heard these songs? That’s why the series will be so great! We already know the iconic songs, but there’s so much more music to enjoy either again or for the first time.”

Christian poured over performance footage to match Selena’s accent and mannerisms. “I just started trying to compile as many old videos as possible,” she told the LA Times. “And luckily with YouTube, it’s so much easier, and social media was really helpful. There’s some amazing Selena fans out there that probably wouldn’t know that I heavily relied on them, because they fed me old, very rare videos of her that I watched all the time.”

The showrunner was confident Christian could handle the role.

Slaying zombies on The Walking Dead was the perfect prep. “Christian is just an enormous force to be reckoned with,” Moisés Zamora told the LA Times. “We always knew that whoever played her had to really take on several stages in Selena’s life — from being a teenager, falling in love and becoming a superstar. She carried herself with so much maturity and professionalism but also allowed herself to be playful and charming in real life. We needed to have someone that had that kind of ability. We knew Christian could handle anything. If she could handle zombies, she could handle a little bit of ‘Bidi Bidi Bom Bom.'”

The film Selena starring J. L.o debuted 23 years ago, but the same tips still apply. “I wanted Christian to know that it’s not about looking exactly like my sister, it’s about being able to tell the story of how our life was,” Quintanilla wrote in an email. “I actually shared the same with Jennifer Lopez as well when she was cast for the movie.”

Christian did her own makeup, to mimic the icon.

The solo time in front of the mirror helped her get into character. “Her eyebrows and her eyeliner and her lips were so specific,” she told the LA Times. “Every time I did my makeup on set, it made me feel so much more like her. That started off my day in character, going to work and doing my makeup. For Season 2, I was like, ‘I want to do it. Selena did her own makeup, I’m doing my own makeup.'”

Sidenote: While she was auditioning for the part, Christian cut her own bangs just like Selena.

Christian’s been acting professionally since she was 14.

She got her start on Nickelodeon and Disney shows. Her credits include Zoey 101, 7th Heaven, Cow Belles, The Secret Life of the American Teenager, and Hannah Montana. Her role as Suzie Crabgrass in the Nickelodeon comedy Ned’s Declassified School Survival Guide led to her big break as Angela Weber (BFF of Bella Swan) in the Twilight series, and the rest, as they say, is history.

“Anything you’re cast into is hard to transition out of,” she told AskMen in an interview. “When I was doing those shows, it was what people thought I could do. It’s easy to become stereotyped, like with Twilight.” 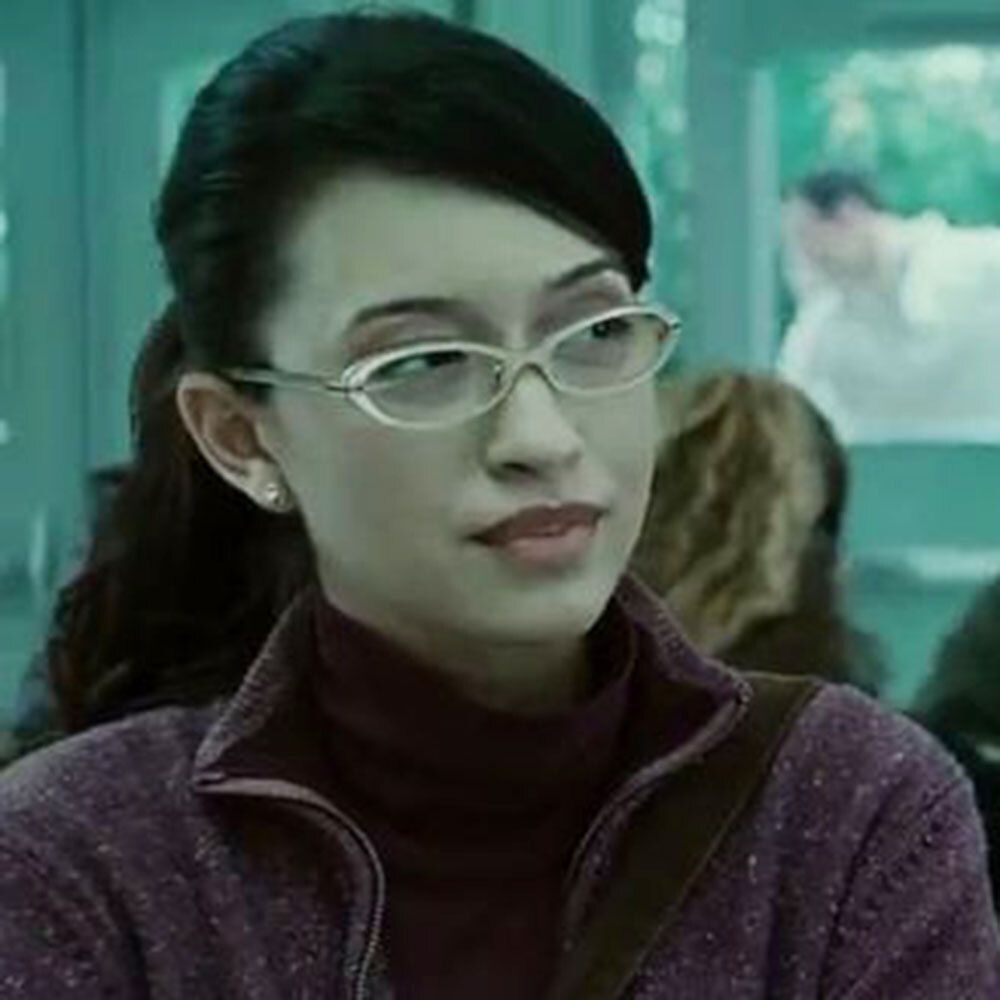 And, she’s dabbled in modeling.

Christian shared a throwback to a Forever 21 ad in Times Square.

Christian’s a mom and calls her family her “wolf pack.”

Christian has a 3-year-old daughter named Wolfgang, nicknamed Wolfie, with her longtime partner David Boyd. “I wanted to be a mom for a long, long time,” Christian told People. “It’s been everything that I thought it would be. That girl has Mommy and Daddy wrapped around her finger!”

David is from Denmark and is a Danish American singer for New Politics. Fun fact: He made a cameo on The Walking Dead as a zombie and Christian killed him, per EW.

IRL, David shares adorable tributes to Christian on Instagram. On her last birthday he wrote, “I love you beyond words!! You are the best thing that has happened to me in the entire universe!!!”

Christian is from Burbank originally.

She’s an only child of a mom who designs jewelry and father who does construction on Hollywood sets. Her mom is Mexican and her dad is Italian. She grew up her Hispanic heritage all around and visiting her dad on sets and getting small background roles on shows like The Drew Carey Show and Coach.

Christian was also a competitive figure skater with Olympic dreams and didn’t see acting in her future initially.

Christian is bi-lingual and Mexican American.

Christian grew up speaking both English and Spanish, but is only lately less self-conscious about speaking Spanish. “I just want to learn as many languages as I can,” she told Marie Claire.

And what better time than while quarantining with her husband and daughter in 2020. Not only did they build forts, but she taught herself Farsi with online lessons, nbd. “I think if everyone maybe started to take an interest in other people’s languages, then maybe we would take an interest in other people’s cultures and maybe stop being such d— to each other,” she told the LA Times.

Christian feels a connection to Selena.

There are many parallels between Christian and Selena’s backgrounds. “We both grew up Mexican American and struggled with things like language and wanting to feel included,” Christian told the LA Times. “And she had been trying to break out into her industry for so long, and oftentimes, it wasn’t easy for her because she was a young girl, she was a Latina … and all of the things that made her a legend and made her a star started when she was a kid. I felt her so desperately trying to convince people that her ideas were innovative, and she trusted in herself so much, and I really admire that.”

“When I stopped eating meat, I noticed that it was easier for me to focus,” she explained to Buzzfeed. “I was eating meat and didn’t know how it affected my health … I just felt better and brighter and lighter, and I had more energy.”

She calls herself “an animal lover” and is mindful of what she consumes. In fact, she posed nude for PETA at age 19. “I wanted to raise awareness for the animals, not myself,” she told E News.