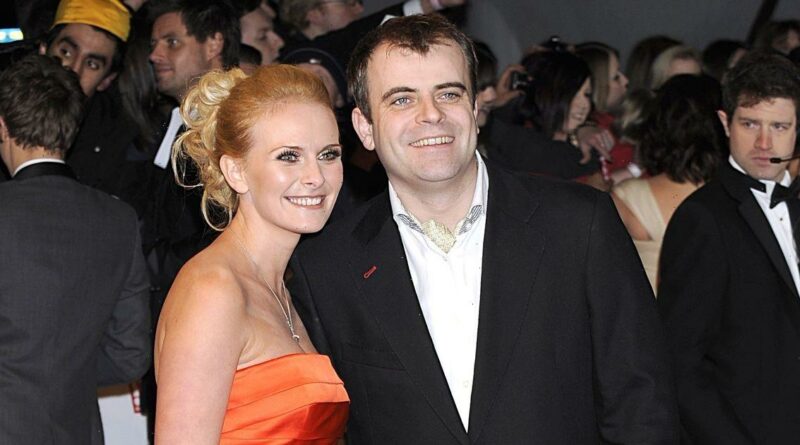 Simon Gregson is currently lighting up screens on I’m a Celebrity, Get Me Out Of Here.

The Coronation Street actor has won over viewers with his cheeky charm, especially after last night’s show in which he asked Frankie Bridge if she really was in The Saturdays after she struggled to remember any of the band’s songs.

The soap star’s appearance on the ITV show has left viewers curious to learn more about his life away from the castle, especially after the campmates received letters from home.

While his on-screen character Steve Macdonald has been married a whopping seven times, Simon has been more successful romantically.

The 47-year-old is married to his long term partner Emma Gleave and the pair have three sons together.

Emma is also an actress and has appeared in Hollyoaks before which she ran a cleaning company.

Both attended the Coronation Street Christmas party back in 2010 which is where they met and fell for each other. Simon proposed to Emma after just six weeks of dating.

Christmas has remained a special time of year for Emma and speaking of his wife in 2020, Simon said: “My wife, Emma, is absolutely Christmas mad, we had seven trees in the house last year. “

The couple have been married for 11 years and share Alfie, 14, Harry, 12, and five-year-old Henry Teddy together.

The family have been cheering on their dad and tuning in from their Manchester home each night to catch up with his antics.

Emma shared a post of them watching the show, thanking fans for their support, saying: "Thank you all so so much from the bottom of our hearts! The boys are absolutely loving seeing their dad in that castle!"

In the background of the sweet video, there was a poster on the living room wall featuring Simon's official I'm A Celeb poster shot saying he's "our King of the Castle."

Emma previously posted a throwback picture of their wedding day to Instagram to celebrate their tenth wedding anniversary.

“A journey filled with major ups, major downs and everything else in between! We always get back up though Si,” she shared alongside it.

“You can usually find me in the nearest jäger selling establishment,” her Instagram bio reads.

As well as cheering her husband on from home, Emma also recently appeared on Lorraine to speak about Simon’s turn on I’m a Celeb.

When asked why Simon had chosen to do I'm A Celebrity now, Emma said: "Part of it was the kids badgering him every year to do it, but I just think he's getting a little bit older now and like he said last night the only thing he's ever done is Coronation Street.

"He hasn't shown ever another side to him, even though he's quite similar to his character Steve, I just think he needed to go in there and challenge himself and I think he's going to quite enjoy it."