Grey’s Anatomy delved into Jo’s murky backstory in its March 28 episode, shedding light on her birth mother’s identity and why she abandoned Jo as a baby. Initially, Jo’s mother Vicki appeared to have lived a pleasant life, but Jo’s prodding led to the reveal that the circumstances of her pregnancy were traumatizing. Who is Jo’s dad? She’ll never get a chance to meet him, but her parents’ intense backstory has led to Jo’s broken state of mind.

A DNA test and the strong desire to track down answers about her beginnings led Jo (Camilla Luddington) to her birth mother Vicki’s (Michelle Forbes) suburban home in "Silent All These Years." Vicki grew cagey when she realized who Jo was, but her daughter convinced her to meet at a nearby diner. There, Jo poked for the truth of who she came to be, but Vicki wasn’t giving in. Jo asked for her father’s details so she could ask him, which was Vicki’s cue to finally get real.

It turns out that Jo’s dad had died in a motorcycle accident, but according to Vicki, he deserved a far more gruesome end. He was a TA who date-raped her in college, and when Vicki had his baby nine months later, a young Jo only reminded her of the anger and pain she experienced. Despite feeling an overwhelming amount of love for her, Vicki then left Jo at a fire station days after her birth. 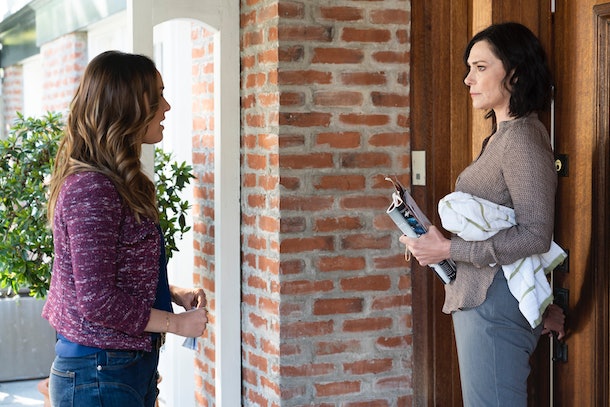 But as viewers know, not every abandoned baby can experience a This Is Us-esque miracle and grow up with loving parents like Jack and Rebecca Pearson. Jo suffered for most of her life because of Vicki’s decision, and Vicki admitted that she wasn’t in the right state of mind to think about the long-term results of giving away Jo. Her statement wasn’t quite as heartfelt as a This Is Us confrontation, but then again, this is definitely territory the Pearsons haven’t covered.

The tough confession inspired Jo to share her own troubling experience that was news to fans. While married to her abusive ex Paul (Matthew Morrison), Jo had an abortion after he threw her across the room when she was a few weeks pregnant. Paul never knew what she did, certainly paralleling Vicki’s experience with Jo’s father. However, when Jo tried to show Vicki some comfort after her own reveal, she drew back, solidifying the wall between Jo and her biological family. 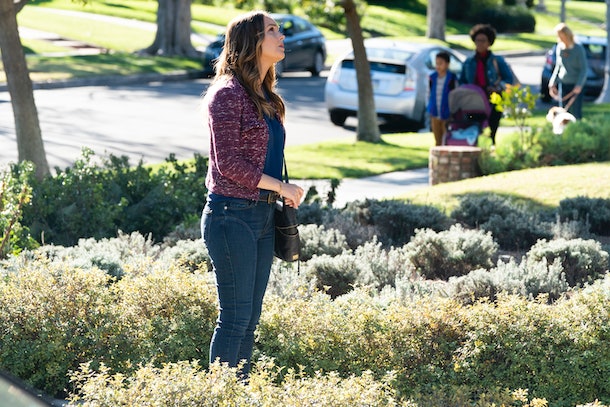 Jo may have the answers she was desperate for, but the promo for the next Grey’s Anatomy episode implies that she hits a breaking point because of the truth. As the preview hints that she confides in her old friend Link (Chris Carmack) rather than Alex (Justin Chambers), there’s also the question of whether her husband ever finds out what’s bothering her.

"I would like for her to tell Alex,” Luddington told Cosmopolitan about Jo. “I’m not sure she can avoid telling him forever, but that’s a very, very painful thing to disclose to someone. I don’t think she’s fully processed it herself yet. I think even saying the truth out loud to him would break her right now."

We’ll have to wait and see how this revelation affects Jo throughout the rest of the season. Season 15 of Grey’s Anatomy continues on Thursday, April 4, at 8 p.m. ET on ABC.