While Netflix’s new teen comedy Teenage Bounty Hunters follows a pair of bad-guy chasing 16-year-olds, the twins in the hilarious series aren’t the only ones in on the drama. As in any coming-of-age show, there’s gotta be a "mean girl" character, and this shows’ baddie comes into play in a pretty unexpected way. After devouring Season 1, viewers are itching to know more about Devon Hales, who plays April in Teenage Bounty Hunters.

Warning: Teenage Bounty Hunters spoilers follow. Though the Netflix series is centered around part-time bounty hunters and full-time fraternal twin sisters Sterling (Maddie Phillips) and Blair (Anjelica Bette Fellini) Wesley, Hales’ character April plays a crucial role in the storyline. As Sterling’s ex-best friend and current academic rival, April was the antagonist for a good portion of the series. That is, of course, until the most unexpected, yet epic, kiss between April and Sterling that sent Twitter into a frenzy and gave the world the newest shippable TV couple (assuming they get back together after the Season 1 finale, of course).

Though she’s all Teenage Bounty Hunters fans can talk about right now, chances are this is the first time you’ve seen her on-screen in a major role. Hales appeared in Fox’s The Resident in 2018, but it’s her theater training that’s really robust. Not only has she had major roles in a variety of shows including A Midsummer Night’s Dream and Shakespeare in Love, but also, her portfolio of university theater projects, most of which took place at Georgia’s Kennesaw State University, is pretty extensive. 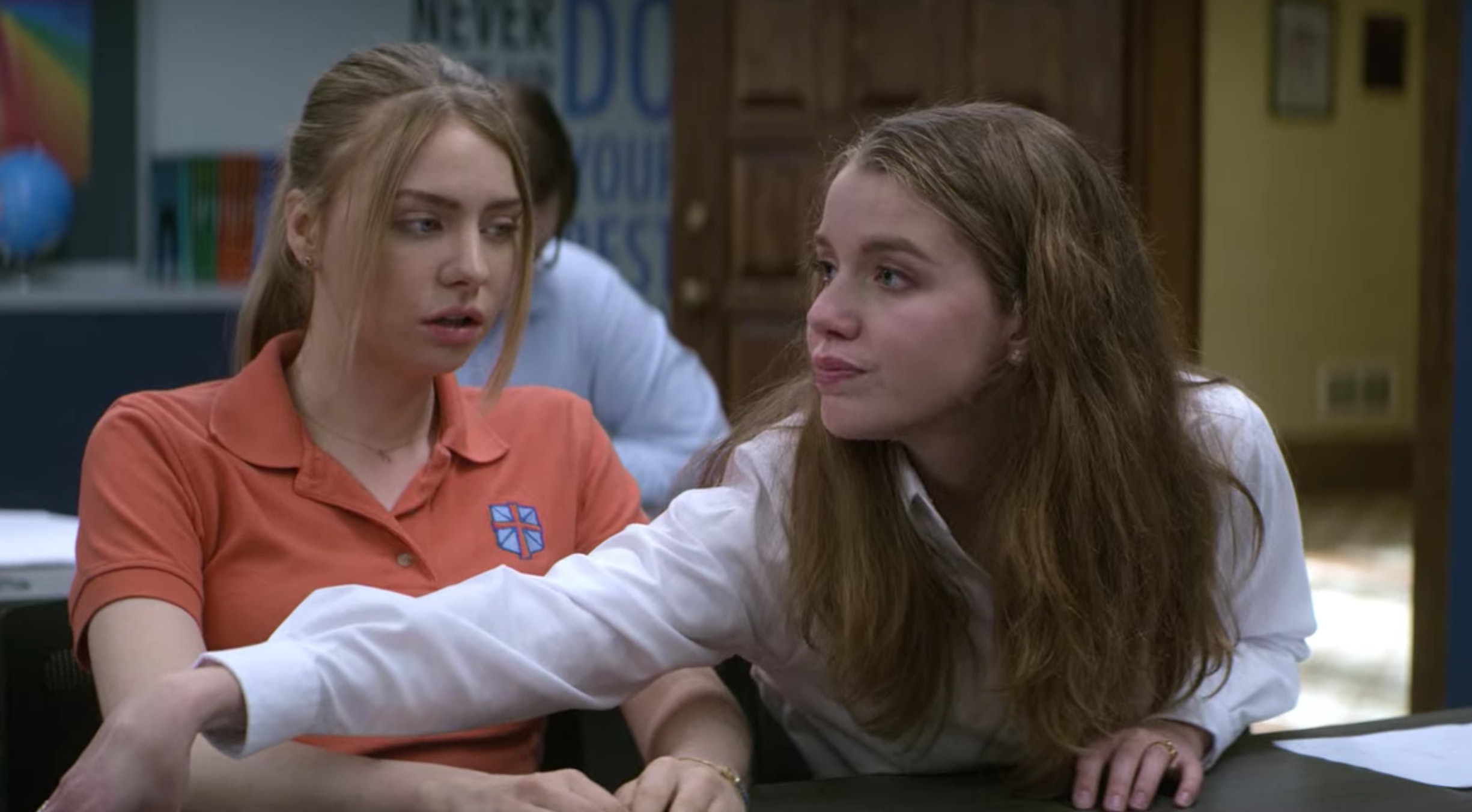 After taking a peek at her socials, it looks like Hale only recently joined social media (that, or everything prior to the release of Teenage Bounty Hunters was scrubbed from the internet). Still, after taking a deep dive into her accounts, it looks like the actor spends her time knitting and teaching her fans how to properly keep self tanner off their clothes — two very valuable skills, TBH.

While there’s no news yet whether Teenage Bounty Hunters will be renewed for a second season, it’s clear fans want to see more from Hales. Until Netflix lets viewers know if Season 2 is a go after that cliffhanger, here’s hoping Hales keeps letting fans in on her life as her star continues to rise.