Home » Lifestyle » Who'll find love on our blind date? This week it's Lisa and Justin 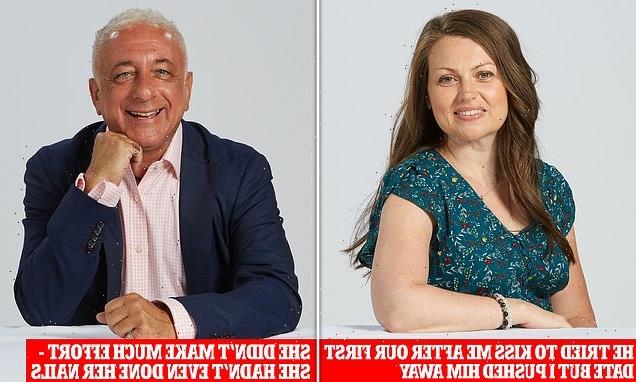 Who’ll find love on our blind date? This week it’s Lisa, 41 and Justin, 48 but will romance be on the cards? 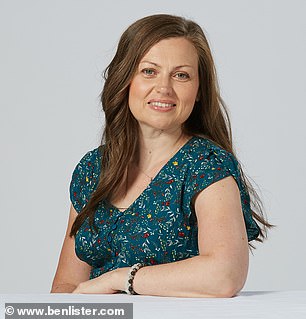 Someone who has his life together and is outgoing but level-headed. I’m a bit crazy so I need someone sane. And it’s a no to an insecure man-child who can’t, or won’t, dance.

I was with my husband for 16 years before we divorced two years ago. Since then I’ve been in a longdistance relationship, but we broke up a couple of months ago.

No, i wasn’t nervous. I always think: ‘What can I learn here?’ So I went in with an open mind. I wore a floaty maxi-dress.

I was shocked that he looked a lot older than I expected, since he’d said he was in his mid-40s. But he wore white jeans and a purple T-shirt so he looked quite trendy.

As soon as we were seated, he sat close to me and asked if he could touch my leg. When I said no, he acted offended.

LIKED? He was entertaining.

REGRETS? Not making it clearer that his dirty jokes aren’t funny.

As a compassionate person I felt he was out of his comfort zone, so I let him be himself. Initially he was like an overexcited puppy. I made it clear that there was no romance but he made lots of sexual innuendos, then tried to laugh it off.

We did have some conversation, but I felt he wasn’t that interested in what I had to say. Having said that, it was lovely to hear that he cares for his mum.

He showed me a couple of photos of his ex-girlfriends — and I said he obviously likes younger women, which he wasn’t pleased with.

I’m very outgoing and confident, and aware of my self-worth. Had I not been, his behaviour would have been really inappropriate.

He is not my kind of person at all. I was sure he was older than 44, so I asked him what his real age was. He admitted he was 48, but if his mum is 97 that still doesn’t make sense. He tried to kiss me after our date, but I pushed him away.

Would you meet again?

I didn’t hate the date, but his behaviour was disappointing. Sadly, that’s the reality of dating.

Deep down, there is a lovely, loving person in Justin, but his attitude seemed to smother that.

I think he probably felt we were a mismatch, although he did tell me I was very attractive and kind. I suggested someone I know as a potential date for him but he wasn’t interested.

He’d be fun to go out with in a group, but he wasn’t for me.

Hairdresser and carer for my mum.

I am on the lookout for a woman who has a strong personality and knows herself. It is also essential that she is open-minded and not too judgmental.

I’ve been single for three years after being with someone for 15 years. I’m alone but not lonely, and have dated a bit in that time. I’ve been writing a screenplay so that has taken priority.

None at all. I like to make an effort so I had my eyebrows done, got my hair cut and had a manicure. I even washed my car in case I offered her a lift home.

I sat beside her at the table as I thought that was cosier, but she immediately asked me not to sit so close. I quipped back: ‘Shall I sit on a different table?’ So it wasn’t a good start. She looked lovely, but I didn’t feel she had made an effort — she was ungroomed and hadn’t had her hair or nails done.

We got on really well. I was making jokes and playing around, and she was telling me stories and swore like a trooper. We showed each other pictures of our lives — family, our homes — and I also showed her some of my previous girlfriends, but she commented that I must like younger women. My celebrity crush is actress Britt Ekland, 79, so that’s not true.

LIKED? She is nobody’s fool and is really interesting.

I felt awkward when she told me not to sit too close, and when she said: ‘You like young women.’ There was also a misunderstanding about a kiss as we left the restaurant, but we parted on good terms.

She has a great personality but there were no fireworks. It was clear she had friend-zoned me — she even started listing friends of hers she could set me up with. At least I got a clean car out of it.

Would you meet again?

Unlikely, as it was obviously not a romantic match. She told me I was a catch but I’m not sure if she was being sarcastic.

I don’t know. Maybe she felt I was a bit of a clown and didn’t tick her boxes, though she did laugh at some of my jokes.

Everyone loves my mum but I’m quirky and a bit like Marmite — you either love me or hate me. I wasn’t her cup of tea, sadly. But she was interesting and I imagine most people would like her.