Home » Lifestyle » Why Do I Use Baby Talk With Pets? Experts Say Your Habit Has Its Perks

As I get older, I’m becoming more aware of my quirks, such as my ability to fall asleep in the middle of a crowded room, and the fact that I throw a hot popcorn bag in the sink instead of the trash. But when it comes to my interactions with cute animals — ranging from fully grown dogs to tiny kittens — I take things to another level. I’ve gotten into the habit of changing my voice to a higher pitch when I speak to animals. It didn’t occur to me until recently that some might consider this odd, but now I kind of agree. Why do I use baby talk with pets?

I’m well aware I’m not the only one who does this, but when I step away from the overwhelming joy I feel at the sight of a cute pet, I wonder why I drastically change the tone of my voice to higher octaves when I talk to cats, or introduce words like "doodle" and "nugget" into my vocabulary when interacting with dogs.

The way I touch my finger to the top of a puppy’s wet nose and say, "Boop!" or squeal when I rub my cat’s belly when she rolls over, isn’t unique or overly concerning. But it is basically the same way a new mom would play with her 4-month-old child, or react when that same child takes their first steps. So, it was time to figure out why.

In an interview with Elite Daily, Courtney Glashow, LCSW, owner, and psychotherapist at Anchor Therapy in Hoboken, NJ, says baby talk is a natural instinct that stems from wanting to connect with a pet on a deeper level. She notes when you use this kind of high-pitched and slow speech to talk to actual babies, you’re acknowledging they can’t understand you yet, but are able to react, hopefully in a positive way. As a result, you opt for this kind of speech because "usually babies react well to it and some pets may as well."

Beverly B. Palmer, Ph.D., professor emeritus from the psychology department at California State University, Dominguez Hills, and author of Love Demystified: Strategies for a Successful Love Life, reveals baby talk can even be effective when you want to discipline your pet. This kind of speech can even come in handy when you want your furry friend to listen and behave, in addition to showing them you enjoy their company. 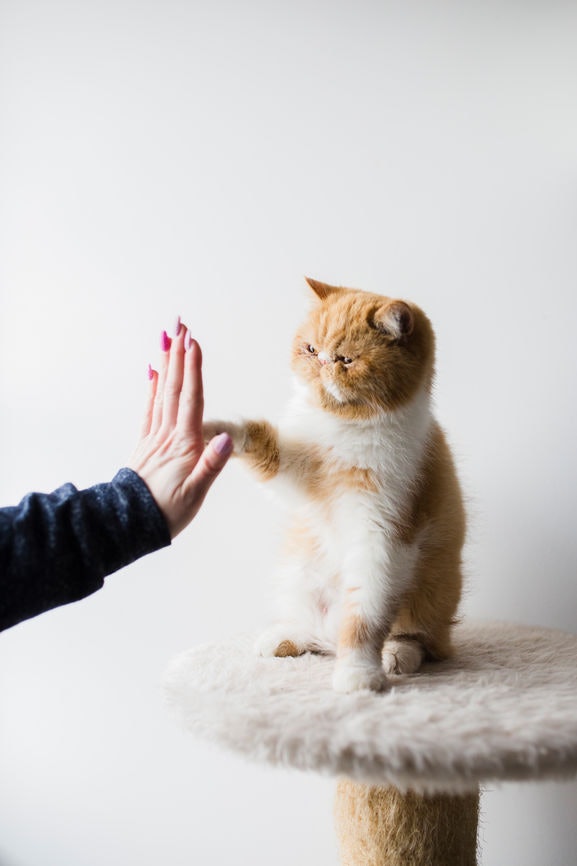 In a study from the U.S. National Library of Medicine titled, "Oxytocin enhances the appropriate use of human social cues by the domestic dog (Canis familiaris) in an object choice task," 62 pet dogs — 31 males, 31 females — were given intranasal oxytocin (otherwise known as the "cuddle hormone" or "love hormone") or a saline control before a session where they were supposed to respond to pointing or gazing cues. During those sessions, the oxytocin improved the dog’s performance; they reacted more positively when responding to human cues.

In layman’s terms, the "love hormone" made the dogs feel more connected to their humans and willing to be disciplined. Palmer suggests this means that, rather than using a stern voice when your pet isn’t doing something they should, you can keep talking to your pet like you would a baby and encourage them that way. In essence, your love goes a long way.

Based on their positive reactions in this study, it seems like most domesticated canines appreciate the higher-pitched way of speaking you (and I) have become so accustomed to using, because baby talk gives them a sense of love and affection they rely on. "Like a human baby, our pet needs to be protected (not yelled at), is dependent, and fulfills our need to be needed, which is equated with being loved," Palmer tells Elite Daily via email.

Manhattan psychologist Dr. Joseph Cilona tells Elite Daily "exaggerating pronunciation of vowels and consonants" and using a higher pitch when you’re talking to an infant can really help you bond with them. He says when it comes to talking to your pet, you can expect a similar effect and result, especially if you incorporate certain words and phrases.

Like Palmer, Cilona points to research. He says in the study conducted by Alex Benjamin and Katie Slocombe titled, "Who’s a good boy?! Dogs prefer naturalistic dog-directed speech," research revealed puppies are more responsive and attentive to speech when it was directed toward them. The authors in the study "argue that DDS [dog-directed speech] may have a functional value in puppies, but not adult dogs." This speech includes dog-friendly phrases like, "Good dog!" and "Treat?" and proved fur babies will be attracted to humans who are addressing them with these phrases and specific "acoustic properties," like a higher pitch or tone, according to the study. 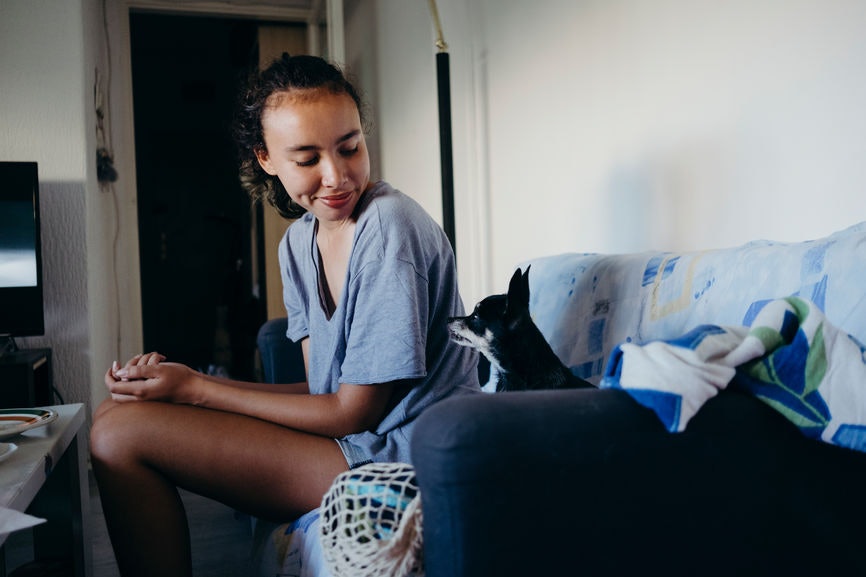 However, even if your pup responds well to being called "nugget" in a very high-pitched voice, you should be careful about when and where you opt for baby talk. Glashow says you might not always be in the right setting for it. You may find your habit creeping into other relationships and interactions where it doesn’t fit.

"Our pets are smaller than we are, so they remind us of how we treat our little humans," Palmer says, and that’s definitely true for me. In some way, when I look at a tiny kitten or fluffy golden retriever puppy, my mind instantly goes to the same place as when I’m interacting with my cousin’s adorable 2-year-old. However, that doesn’t necessarily mean my habit is welcomed or in the right. According to Glashow, it may not be appropriate in professional settings, like an office party with a pet present, or in scenarios where others don’t have a pet or child and aren’t familiar with baby talk.

Ultimately, though, you can go about your usual business and embrace your baby talk, especially when you’re talking to your own pet. You can cuddle up with your bunny, German shepherd, Maine coon, or sweet rescue, and tell them they’re the greatest pet in the entire world in an incredibly high octave. You can reach the same falsetto notes while booping your puppy’s nose or reminding your new kitten they are so loved. I’ll be somewhere in the world doing the same thing, and not wondering why I do it anymore. This seemingly weird habit? Explained.