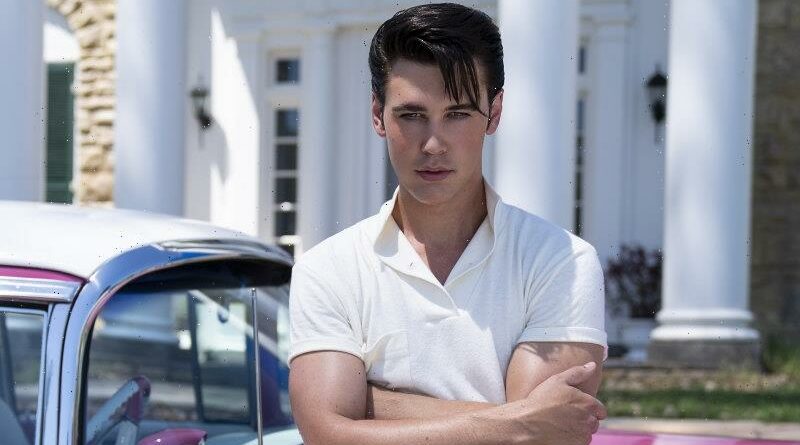 Like many people who flocked to see Baz Luhrmann’s new film in the past week, I was prepared to hate Elvis.

I mean, the reviews didn’t give me much of a choice. This 159-minute biopic (yes, you read that right) has been labelled “utterly deranged” and “tirelessly inescapable”. It’s been derided as “a pointless explosion of super-spangly sparkles” and a “gaudily decorated Wikipedia article”. 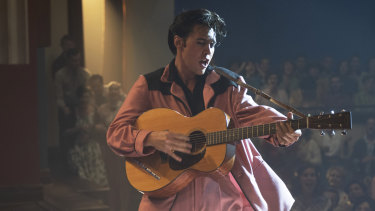 Some critics (mostly men) may call it boring. But Austin Butler captures the excitement and sex appeal of Elvis for a whole new generation. Credit:Warner Bros Pictures

Then there was the added cringe of Tom Hanks. His performance as Elvis’ manipulative manager Colonel Tom Parker is widely regarded as the worst of his career. And, in one critic’s estimation, Parker – part Mike Myer’s Goldmember, part Foghorn Leghorn – is “the most insufferable movie character ever conceived”.

But I think it would be a mistake to let that overshadow the film’s best performance. Whatever you make of Hanks’ fat suit and Luhrmann’s trademark flair, as the titular Elvis, Austin Butler is undeniable.

The Hollywood newcomer nails the superstar’s southern drawl and iconic mannerisms without ever verging into hollow mimicry, while also balancing the outlandish stage presence of Elvis as a performer with the more subtle complexities of him as a man.

And that’s without starting on the singing (Butler recorded every song, and then Presley’s voice was mixed in as needed).

Butler is so good, in fact, that critics, fans and Elvis’ own daughter are tipping him for the best actor Oscar – nine months out from the awards.

“In my humble opinion, [Butler’s] performance is unprecedented and FINALLY done accurately and respectfully,” Lisa Marie Presley wrote on Twitter, after the film’s premiere at Cannes.

The task of performing Elvis – let alone performing Elvis for his immediate family – is monumental when you think about it. Elvis was a unique and almost other-worldly figure who redefined the bounds of fandom and popular entertainment in the 20th century. He was the King of Rock and Roll. That comes with a phenomenal amount of pressure and expectation.

But it’s not just that. The King also inspired an entire industry of impersonators and tribute artists (many operating while he was still alive) attempting to capture a glimmer of his likeness and talent. And, partly because of this and partly because pop culture mythology isn’t static or set over time, his image has been distorted with each year since his death.

How do you go about delivering a fresh performance of a man who has likely been performed more than anyone else on the planet? And how do you do that in a way that is sincere and affecting for a generation that has largely grown up associating him with fried peanut butter sandwiches and cheesy Vegas matinées?

Butler found a way. And, when you combine that with the Oscars’ love of both biopics and method acting (the actor is still strangely doing the Elvis voice in press junket interviews), his work probably will earn him a nomination.

I’ve spoken to a lot of Elvis tribute artists in the past, both for work and pleasure, and they always say the act of performing Elvis well comes down to two things: respect and joy. It’s about honouring his legacy (“no fat jokes”, I was once told) and keeping the magic of his performances alive.

For all its glitz and frenzy, Elvis does just that. And through Butler’s performance (especially on stage during Elvis’ electrifying and hip-gyrating early years), that magic is strong enough to enthral people who haven’t previously cared about Elvis at all.

Sure, some critics have called the film boring or tedious. But with a 94 per cent audience rating on Rotten Tomatoes, Austin Butler’s Elvis is clearly giving cinema-goers a very real understanding of what their grandmas were once screaming about. 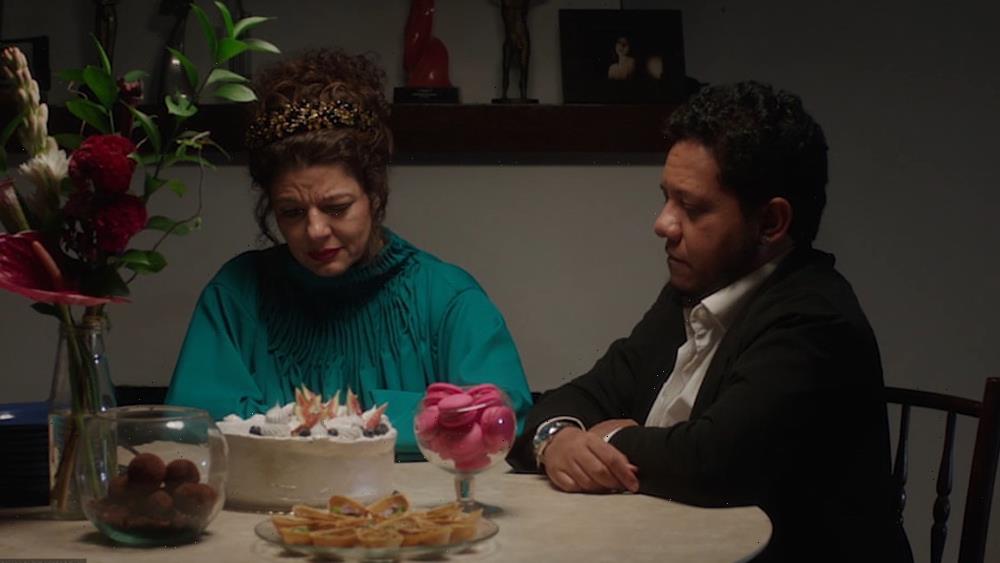