The change is designed to help shoppers waste less food by stopping people from throwing things away unnecessarily. 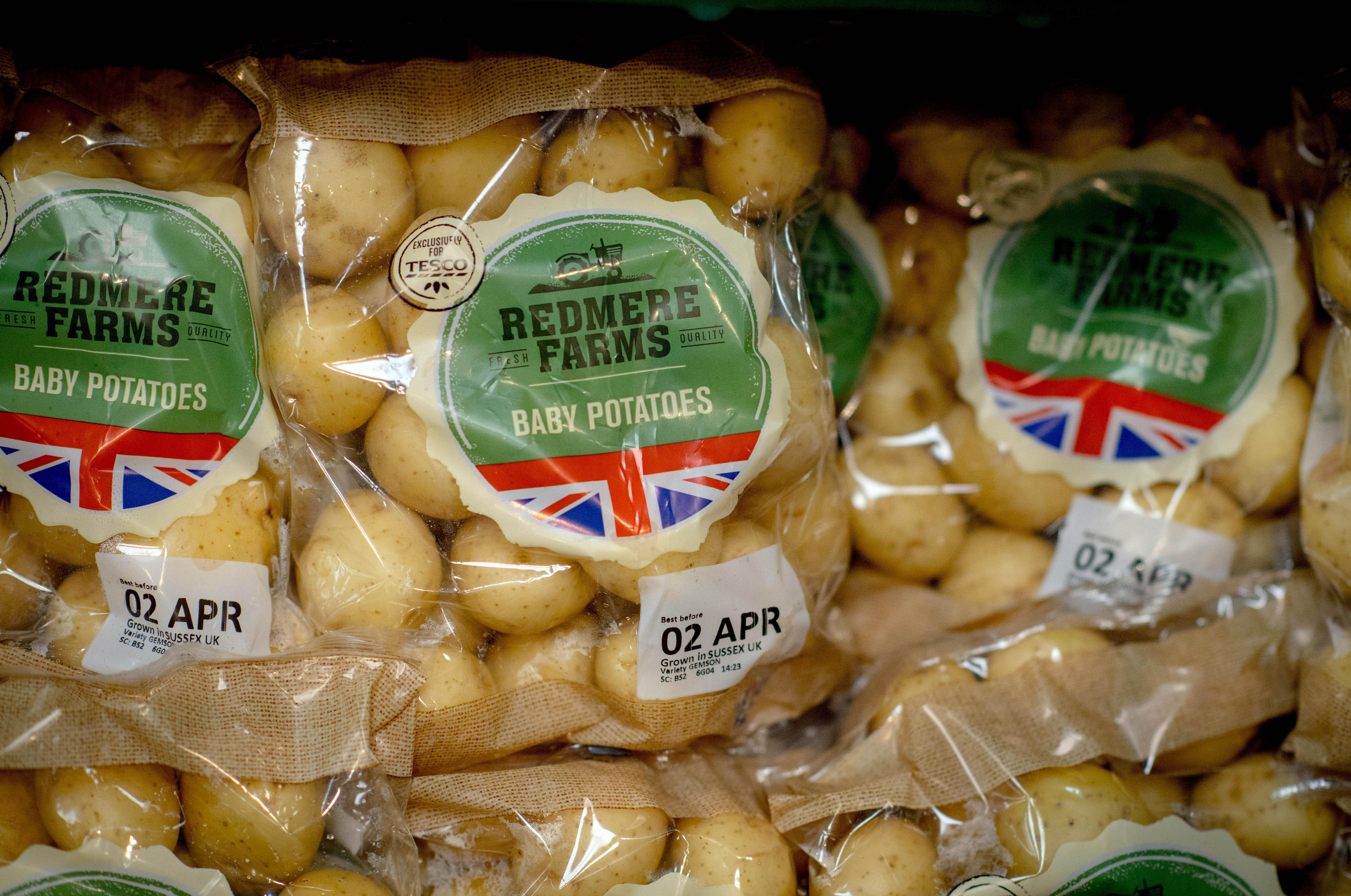 The supermarket trialled removing best before dates on around 70 products earlier this year.

Now it is expanding the practice to an extra 116 fruit and vegetable lines, bringing the total number of products to almost 200.

The supermarket says that if the expansion is successful, it could be rolled out to even more of its fruit and vegetable offerings.

Research commissioned by Tesco found that 69 per cent of its customers believe scrapping best before dates is a good idea.

Meanwhile 53 per cent of shoppers said it made a difference, helping them keep food for longer.

Use-buy dates are about safety.

These are the most important dates to take notice of.

You shouldn't eat food once the use-by date has passed as it may have gone off.

It may be unsafe to eat or drink, even if it looks and smells fine.

Eating food past its use-by date can leave you at risk.

Best before dates are about quality.

Food that has passed its best before date will still be safe to eat, but it might not taste as good.

There's no need to automatically throw food away, just because it has reached its best before date.

Often food past this date will still be delicious.

Tesco originally started the trial because it said customers were confusing best before dates and use-by dates.

This meant people were throwing away perfectly usable food because they wrongly thought they were supposed to.

Tesco’s head of food waste reduction, Mark Little said: "Removing best before dates is our way of making it easier for customers to reduce food waste at home and save money in the process.

“It’s simply not right that food goes to waste and we’re going to do everything we can to help.”

Research from food waste charity Wrap found that UK consumers throw away five tonnes of food that could have been eaten every year.

Cutting back on what you throw away can save you some serious cash.

Wrap's consumer campaign Love Food Hate Waste found that a family of four can save as much as £70 a month by chucking away less food.

Over a year, that means you could save a whopping £840 on your grocery bills.

In 2013, Tesco was the first UK retailer to publish the amount of food wasted in its UK operations.

The supermarket has a goal to make sure that no food that's safe for human consumption is thrown away at its UK stores or distribution centres.

It says it is now 70 per cent of the way towards that goal, in part thanks to its charity initiative Community Food Connection.

This programme offers food that is safe to eat but cannot be sold to local charities and community groups.

Since the programme launched, Tesco has donated 30million meals to 7,000 charities and community groups.

The Sun spoke to a panel of experts to get their top tips on reducing food waste.

Earlier this year, Lidl announced it was selling 5kg boxes of imperfect fruit and vegetables to help tackle food waste.

We pay for your stories! Do you have a story for The Sun Online Money team? Email us at [email protected] or call 0207 78 24516. Don't forget to join the Sun Money's Facebook group for the latest bargains and money-saving advice.