Ding dong! This week’s blind date is Faith, 84, and David, 70, but will love come calling for the first Avon lady?

Every week, we send a couple out on a blind date. This time, David Knight, 70, had lunch at The Sloane Club in Chelsea, West London, with Faith Hines, 84.

Faith, a widow from Suffolk, was the original Avon lady from the Sixties TV advert and is now an author.

David owns an investment company and lives in Sedgefield, County Durham. He is divorced with three children.

Faith Hines, 84, pictured, went on a blind date after being set up by her daughter

I knew the minute I met David that we would get on like a house on fire. I have a big personality and enjoy the company of someone who can handle that — David kept pace the whole time!

He’s lovely and not at all caught up in himself or ‘luvvie’ like some of the men I meet through my work. I think he thought he was meeting a former fashion model!

I hope I didn’t disappoint, but I was really a commercial model and in the Sixties featured in TV ads as the Avon lady, saying: ‘Ding-dong, Avon calling.’

David and I had a lot in common, including a ridiculous sense of humour.

As teenagers, both of us owned motorbikes and, interestingly, both of us were ‘set up’ for our date by family.

It was my daughter who wrote to the Daily Mail on my behalf, claiming she was desperately seeking love for her slightly bonkers mother!

We were so heartbroken when my husband passed away three years ago and I think she wants me to have companionship again.

I think she also wants to do something for me after I cared for her and her family when she was ill with cancer.

Thankfully, she is back to full health, although, tragically, I then lost my beautiful son to cancer.

So, although life hasn’t been easy recently, I always want to live it to the fullest. I don’t think about age, only how much more living I still have to do.

During my younger days, I had a ball as a commercial model and actress. I still feel I have the energy of a 21-year-old, despite my 18 grandchildren! 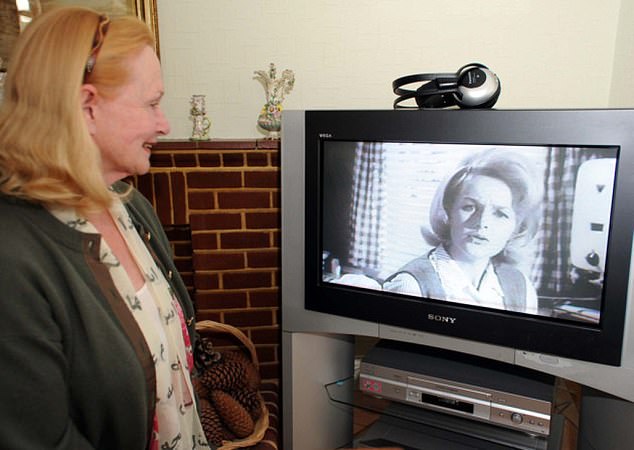 Faith, pictured watching herself in the Avon TV advert, used to be a commercial model and in the Sixties was the Avon lady, saying: ‘Ding-dong, Avon calling’

I can’t imagine not being busy. I produce plays, do voiceovers and a lot of fundraising and socialising.

I am also a charity trustee, and am proud of my campaign for seatbelts to be fitted in all London cabs, which became a legal requirement.

But I would love the company of a man, and to have love again. I like to be spoiled, and I love to spoil others, too.

Despite my age, I do prefer a younger man. I wonder if perhaps I should date nearer my own age though, as I did feel I was too old for him. 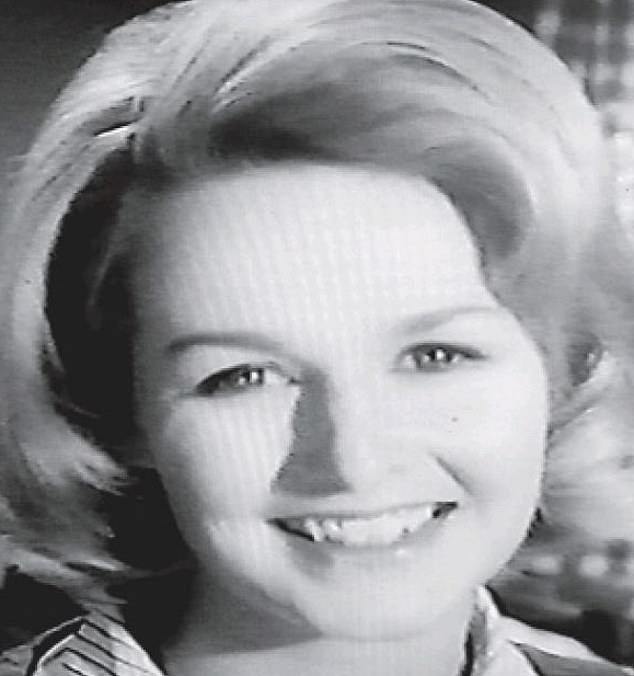 Now 84, Faith, pictued as the Avon lady on TV, still does voiceovers and a lot of fundraising

Some other worries? He loves jive and jazz music, I’m not a fan. I adore London; he the coast.

I rely on my mobile phone while Dave doesn’t even own one! I am totally disinterested in the innards of watches, which he designs!

But would I meet him again? Yes. I’ve invited him to a ‘getting to know you’ lunch at the Concert Artistes Association in Covent Garden as my guest, where he’ll meet some of my showbiz chums from the past. I think he was very brave to meet me!

LIKED? Down to earth.

REGRETS? None. It was rather fun as I’ve never done anything like it before.

David Knight, 70, pictured, said he enjoyed his date with Faith and wasn’t put off by their 15-year age gap

I wasn’t too put off when I heard Faith was 84, because she sounded like such an interesting character.

And ding dong, I was right! (Thankfully I managed to hold off saying her old Avon catchphrase until she did first!)

When I arrived at The Sloane Club I was taken to meet Faith, who was in the bar. It is clear she is well known there and well loved. I knew we were going to have fun; she is such a witty and wonderfully colourful person.

I had been apprehensive about this as the last blind date I went on was in the Sixties, and it wasn’t good. But this was a date to remember — in a good way.

I know there are nearly 15 years between us, but we were drawn together because we’re on the same wavelength and share a sense of humour. At our age we’re both too mature to be shy so were happy jumping right in to conversation.

We talked about all kinds of weird and wonderful topics and had the most extraordinary moments finding things we had in common.

For example, we both knew the Kings Theatre in Southsea where I used to live, and chatted about how it was built and the technical specs of the stage.

She mentioned the actor James Stewart at one point and I was able to tell her my mother knew him — she was evacuated during the Blitz and was sent to a naval base where he was stationed.

So although much of our conversation was about her world, I was able to hold my own. She told me lots of famous people come to The Sloane Club and I told her I was famous in my way, too.

I was a watchmaker, and made the cover of the American Horological Times, and that makes me famous enough!

Love is ageless and open to everyone, says our Dating Doctor Alana Kirk . . .

The best way to meet new people is to engage in activities around you.

You may not find chemistry with your date, but friendships can open up social circles.

Being open to new experiences and people will widen your potential.

We did laugh a lot, and certainly amused the women at the next table when we told them we were on a blind date.

I thought it was lovely that her daughter had set her up, while my son had written in for me. That surprised me — I wasn’t sure he’d want me to meet someone else in case he lost his inheritance!

We did joke that we might tell the Daily Mail that we had ended up booking a room at the club and ordering lots of bottles of champagne, but in reality there wasn’t much flirting or romance. But that didn’t stop it being a really great day.

I divorced 20 years ago, aged 50, but only really came out of my shell aged 60. Until then I was focused on working and ensuring my children were OK — I have two sons and a daughter.

When I turned 60 I decide to really start living. I started dancing and have been jiving for eight years, and I’m part of an active singles club.

I’ve had three relationships in the past ten years. I’d like to see a bit more of Britain and it would be great to have someone to share travels with.

My date with Faith was great fun. While I don’t think I’m her knight in shining armour, I think we could be great pals.

As I left she gave me a big smacker on the lips, which made me smile all the way home.

LIKED? Her sense of humour and character.