Home » Lifestyle » Will the state pension age increase to 75? How old you will be when you retire revealed

THE state pension age could rise from 68 to 75 if the government takes up the recommendations of a new report, but exactly what age you'll retire at depends on when you're born. 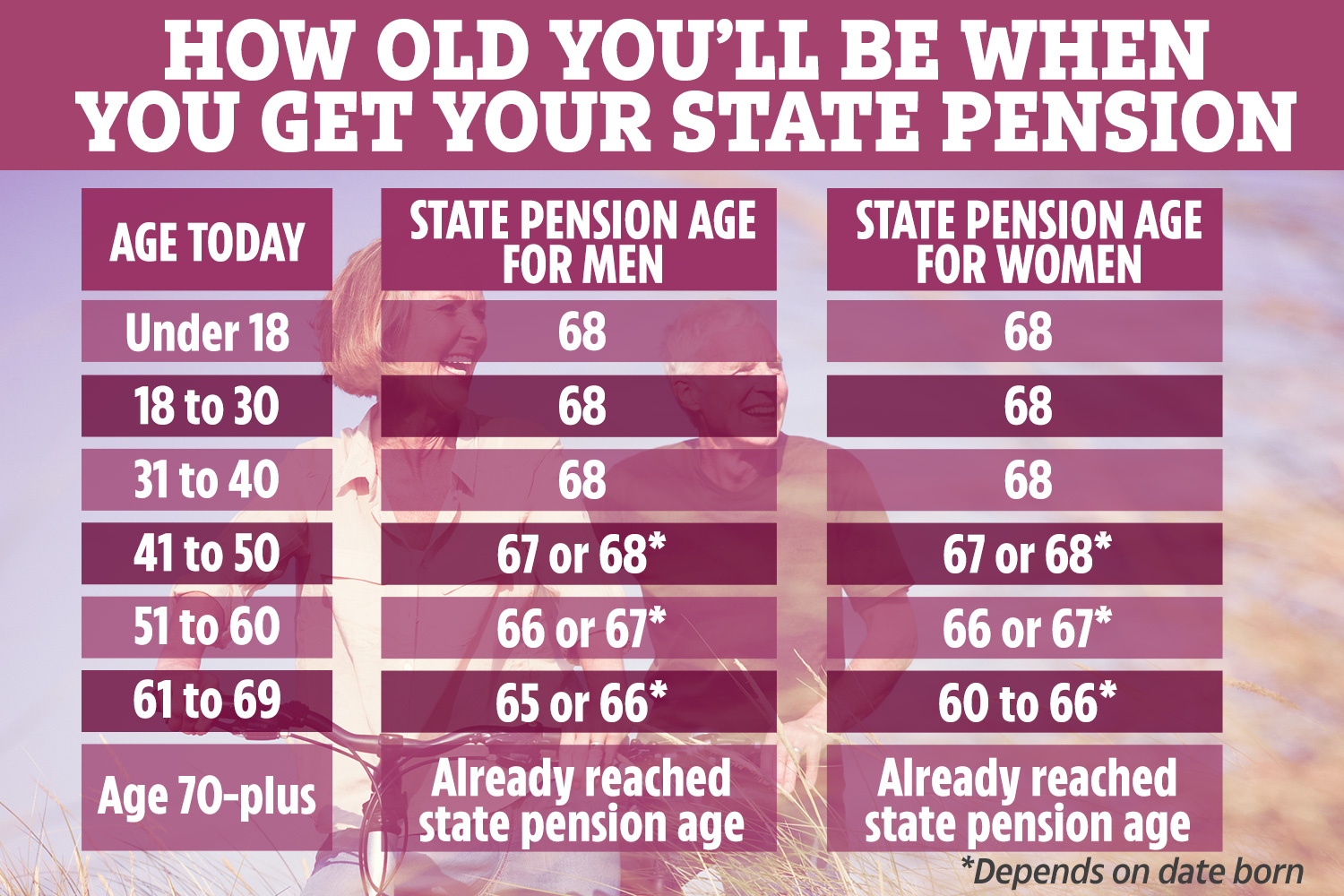 The think-tank reckons this would boost the economy by keeping older generations in work for longer.

But the age at which you can get your hands on the government's state pension has already been slowly rising – particularly for women.

Those born after this date, however, have seen the state pension age gradually rise depending on when they were born – and the age for men and women is now the same.

But it could change again in future as the government announced plans in 2017 to up the state pension age at an even faster rate, to 68 between 2037 and 2039.

This has yet to be written into law though and it would need approval by Parliament before any changes could take force.

What are the different types of pension?

WE round-up the main types of pension and how they differ:

According to the Pensions Act, the state pension age has to be reviewed at least once every five years.

We've put together the basic table above to give you a rough idea of how much you'll get based on turning the ages listed today.

But the best way to check what age you're due to receive your state pension is to use the government's calculator, which will tell you in under a minute.

You can also check the government's state pension age timetable for more information.

Of course, it's not just the age at which you receive the state pension that's changed, but also the amount you get.

Currently, the amount of state pension you get rises in line with the "triple lock" each year – the greatest of earnings, inflation (consumer prices index), or 2.5 per cent.

But there have been talks of the triple lock becoming a double lock or being scrapped altogether, and a new state pension was also introduced for those retiring after April 6, 2016, replacing the former basic state pension.

The new state pension currently stands at a maximum of £168.60 a week. You can find out how much you're likely to get by requesting a state pension forecast.

You don't have to wait to reach state pension age to retire though – you can technically retire whenever you want and personal pensions can usually be accessed from age 55.

And if you don't want to get your hands on your state pension straight away its value is boosted if you defer it.

Under the current scheme, you'll get an extra 5.8 per cent for every year you defer while it's an extra 10.4 per cent a year under the old system.

Under the new scheme, payouts are added to your weekly pension payments, but under the old system you can opt for a cash lump sum that includes 2 per cent interest on top.

For more information, read our guide on what age you can retire in the UK, when you will get your pension, and how much the state pension is.

Grandparents have also been warned to claim pension credit before the August 13 deadline or they may miss out on up to £70,000.

And when it comes to personal and workplace pensions, here's how pension fees could reduce your savings pot by hundreds of thousands of pounds – and how to avoid them.