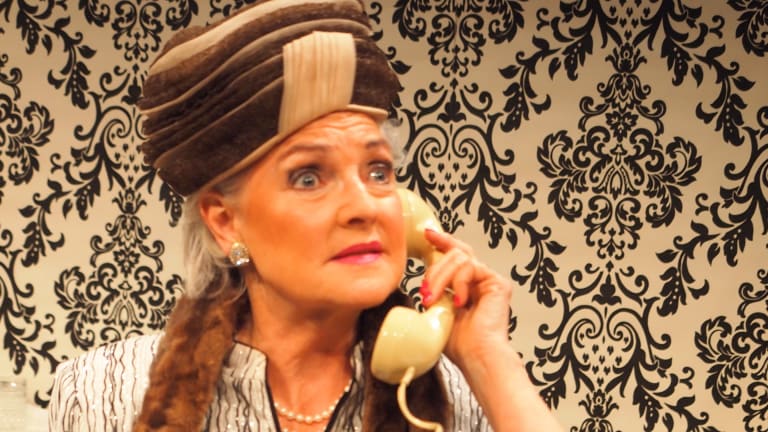 She had a stellar career on stage and screen that spanned six decades, so you should probably have heard of Australian-born actress Coral Browne.

A grand dame known for her wit and allure, her potty mouth and her colourful love-life, Browne’s biography offers a rich trove of backstage anecdotes – many of them funny – and a louche inside view of British theatre at its zenith in the mid-20th century. 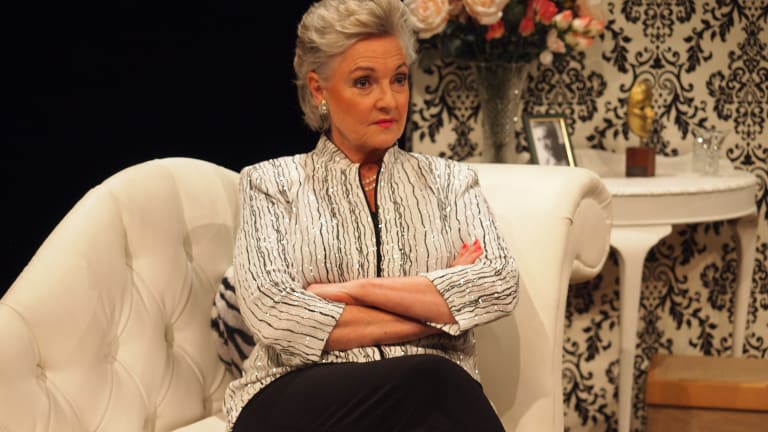 Browne was born in working-class Footscray in 1913, and in this one-woman show, she credits her stage success on the West End to her mother’s snobbery. Determined her daughter would not talk like a Footscray girl, Coral was sent to elocution lessons.

A couple of lucky breaks in Australia and she was a star before she turned 21, when she headed to London and never looked back.

Genevieve Mooy plays Browne later in her career, receiving a BAFTA for An Englishman Abroad, and reflecting on her life. It’s a basic conceit but it has the advantage of not getting in the way of Browne’s delicious wit, nor the delight to be had in being regaled with outrageous stories.

And the show packs them all in. Browne played Gertrude with Judi Dench as Ophelia (Judi’s face puffed up like a strawberry because she had allergies); and met the notorious spy Guy Burgess while touring the Royal Shakespeare Company’s Hamlet to Moscow in the '50s.

Her marriage to Philip Pearman didn’t stop her taking lovers – including Maurice Chevalier and Paul Robeson – and when Pearman died, Browne fell in love with and married horror movie icon Vincent Price.

Her wit sparkles, and while the design and staging are rudimentary, it’s the acting you come for. Mooy doesn’t disappoint, channeling her irreverent and glamorous subject with a conspiratorial twinkle in her eye.

I was less convinced during scenes where Mooy turns into Browne’s elderly mother. It’s done as caricature that feels mean-spirited and patronising to the elderly. Perhaps playing it straight, for pathos, might have been better.

Still, Browne had a fascinating life and theatre lovers unfamiliar with her story should certainly see it.