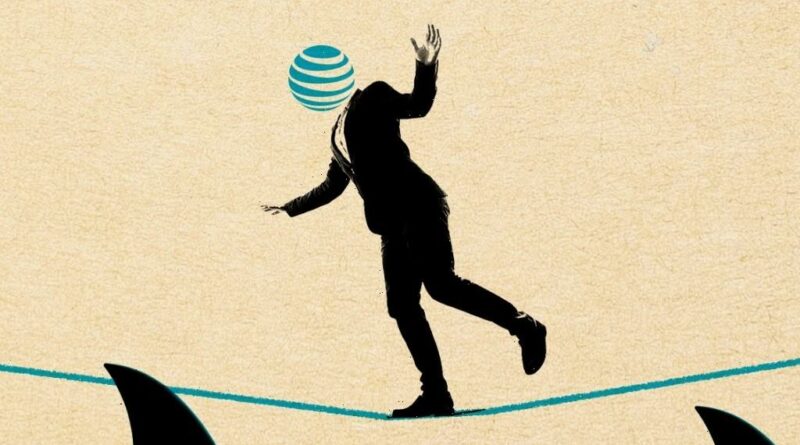 Now in the home stretch of unloading WarnerMedia, AT&T chief John Stankey appears to be primarily interested in not destroying any more value for shareholders than the telco giant already has with its ill-fated M&A strategy.

This week, AT&T announced that the WarnerMedia divestiture will be structured as a spinoff ahead of its combo with Discovery. That will give telco shareholders pro-rata shares in the newly created Warner Bros. Discovery, as the new company is to be called.

Stankey and the board had been mulling a less conventional exit: a split-off of WarnerMedia, which would have forced AT&T shareholders to choose whether to keep their shares in AT&T or exchange them for stock in Warner Bros. Discovery. The goal with a split would have been to reduce AT&T’s outstanding share count, tantamount to a stock buyback by the telco.

Analysts say a split-off would have effectively been an immediate referendum on Hollywood’s streaming ambitions — one that AT&T now avoids by doing a simpler spinoff of WarnerMedia. It’s safe to assume a good chunk of AT&T’s retail-heavy shareholder base would not have wanted to trade their stakes in the telco, which pays out an annual cash dividend, in favor of hopping on board a volatile Netflix-like roller coaster.

“HBO Max has been doing well — don’t get me wrong,” says Keith Snyder, CFRA Research telecom analyst, of the company’s streaming arm. “But the new company will have lots of debt and require a lot of capital — and with a weak balance sheet, they’re going to be fighting in a really competitive streaming market.”

Shares of AT&T dropped 4.2% on Tuesday, as the telco also announced a dividend at the low end of its $8 billion-$9 billion previous guidance.

AT&T expects the WarnerMedia spinoff and merger with Discovery to close in the second quarter of 2022 (previously, it had pegged the close for mid-2022), with Discovery CEO David Zaslav set to helm the new media conglom. Per industry chatter, the parties think the transaction could close as soon as early April, though that depends on the Justice Department giving it the thumbs-up.

The spinoff distribution “will let the market do what markets do best,” Stankey said in a statement. “We are confident both equities” — AT&T and Warner Bros. Discovery — “will soon be valued on the solid fundamentals and attractive prospects they represent.”

At the close, AT&T expects to reap $43 billion from the deal, a sad return on its foray into the media biz after buying Time Warner for nearly $85 billion. At the same time, the new “WBD” plans to assume up to approximately $43 billion of additional debt. AT&T aims to use the proceeds from the WarnerMedia spinoff to pay down net debt, which stood at $156.2 billion at the end of 2021.

AT&T is “one of the most heavily debt-laden companies in the United States right now. They need every single dime,” says Snyder.

The spinoff is the final major step in AT&T’s plan to slim back down to a pure-play telecommunications provider. In the past two years, it has sold or spun off numerous assets, including DirecTV. Via a deal with TPG, the telco retained a 70% stake in DirecTV and received $7.6 billion in cash (after paying nearly $50 billion for the satcaster).

“It’s the corporate equivalent of a garage sale: Everything must go,” says Snyder. “AT&T did an incredible job at buying assets at absolutely peak valuation and destroying valuation in the next few years.” Ultimately, the company accepted that it couldn’t sustain a massive amount of debt while investing in 5G wireless and also keeping pace with the level of content spending by the likes of Netflix and Disney.

As far as regulatory approvals, on the fourth-quarter earnings call Stankey reiterated that “we don’t see anything that causes us concern,” noting the deal was cleared in the EU and that AT&T has completed the filing process with the SEC.

Under the terms of the pact, AT&T shareholders will hold 71% of the new WBD, while existing Discovery shareholders will own 29%. Some analysts didn’t think the spin-or-split decision really mattered. “We’re not efficient-market zealots, but we’re purist enough to reject the idea that there is any valuation difference whatsoever between spinning and exchanging shares,” Craig Moffett, principal analyst at MoffettNathanson, wrote in a research note.

But it remains to be seen how investors react once the spinoff is complete and the new company’s stock begins trading on the Nasdaq Global Select Market (under the ticker symbol “WBD”). The new Warner Bros. Discovery is poised to keep investing billions in its streaming strategy, which will continue to be a drag on profitability.

Stankey felt obliged to caution that the WarnerMedia deal won’t be an instant windfall for AT&T shareholders. “As I said when we announced the transaction,” he said on the Q4 call, “this isn’t going
to be something that’s going to ultimately manifest and unlock the value overnight.”