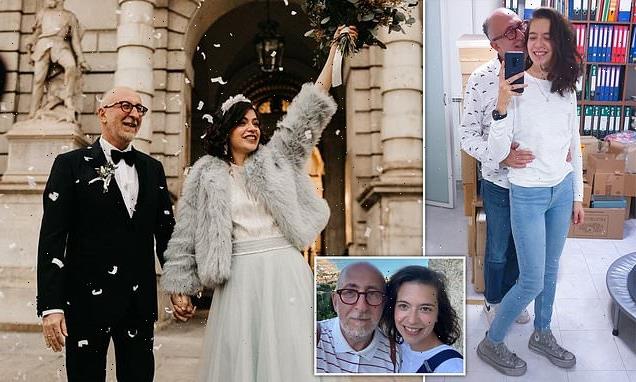 Woman, 31, who’s married to a man 23 years her senior says she’s dated older men since she was 16 because she prefers an ‘experienced man who knows who he is’

A 31-year-old woman married to a 54-year-old man has revealed that strangers confuse the couple for father and daughter, and trolls have made coarse comments about their sex life.

Financial accountant, Alexandra Sinyavskaya, from Moscow, met publisher Antonio Scuzzarella, from Turin, in 2014 when Alexandra was a student waitressing at a coffee shop in Italy.

Antonio’s office was right around the corner and he came by often, he was funny and charming.

At some point Antonio started coming by the coffee shop often and made jokes and gave Alexandra compliments, they became friends and eventually started dating.

They only dated for two months before amicably breaking things off because Alexandra felt she was not mature enough to be in a serious relationship at the time.

Married couple Alexandra, 31, and Antonio, 54, (both pictured) have been mistaken for father and daughter 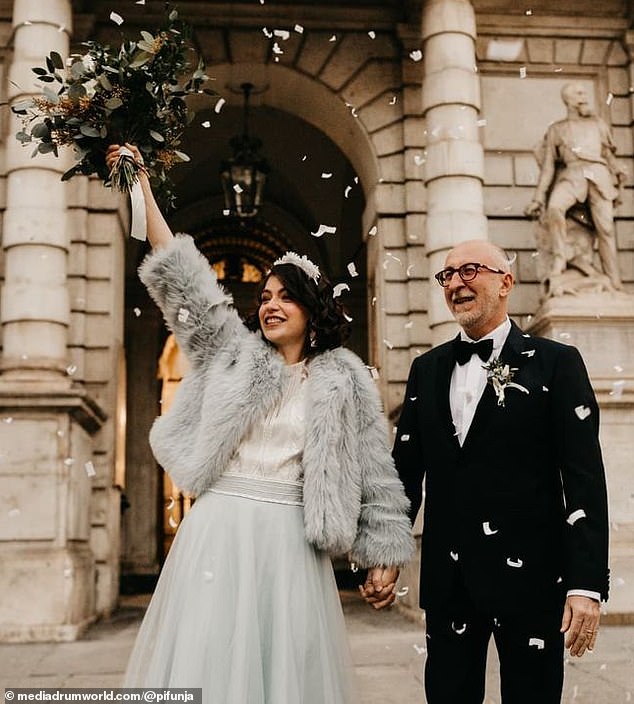 The age-gap couple, pictured here at their wedding in December 2021, first met back in 2014, when Alexandra was a student 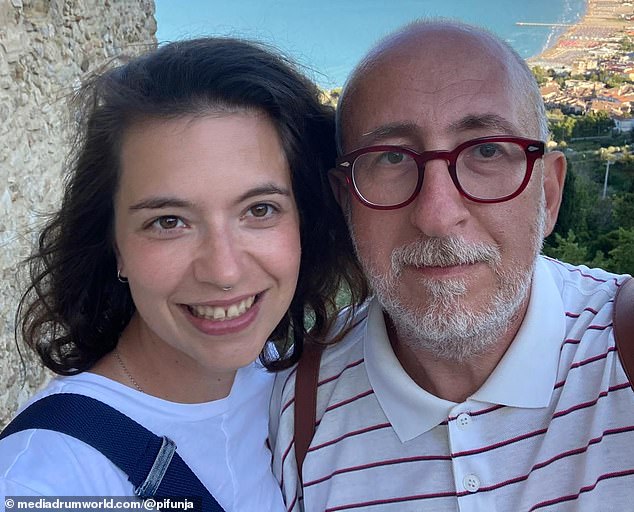 According to Alexandra, cruel trolls have called her a gold digger, and made other coarse comments about the couple’s age gap relationship

Alexandra finished her studies in Italy and moved back to Moscow, and then to Israel to be with her mother and sister.

However, she and Antonio never lost touch with each other, they remained friends throughout the years. They eventually found their way back to each other in 2020.

Alexandra and Antonio have witnessed a lot of negative feedback on social media, however, they do not let it affect their love and growth.

‘There have been a lot of nasty comments,’ said Alexandra.

‘People assume that I am with him for his money and say if he was a simple clerk or a street sweeper I would not be with him.

‘And it is just even if there is a guy in the same age group as you who is a street sweeper or something like that you may not date him. 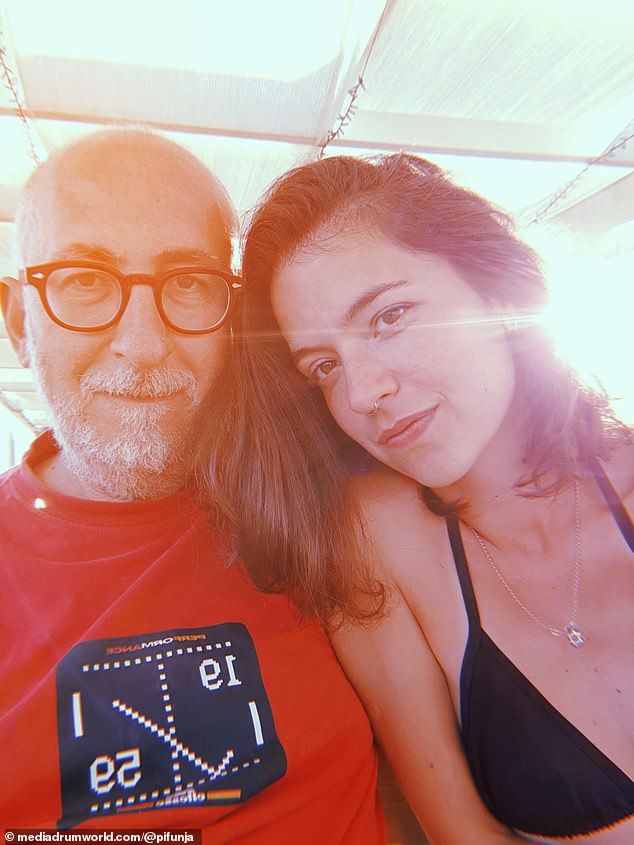 Alexandra says people have accused her of only being with Antonio, who is 23 years her senior, because she wants his money 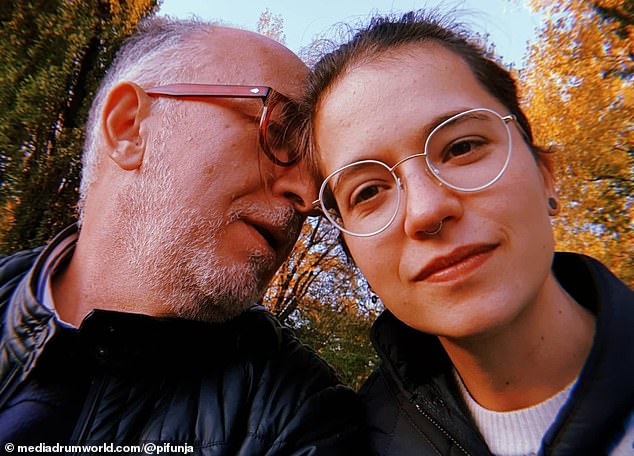 ‘A lot of his friends took the time to get used to the fact that I’m not going to spend his money and don’t want to just move to Italy.

‘Some of my friends still don’t understand why I’m not with a better-looking guy my age.

‘Sometimes when we are out in the streets people ask whether he is my dad and we have to clarify that we are a couple.

‘It is funny, but it also gets very annoying after a while.’

Alexandra and Antonio reconnected with each other and fell in love digitally during the pandemic, and now they are getting married.

‘In February 2020, we made plans to go to Spain together as friends as he knew the country very well and I have always wanted to go,’ she said.

‘We bought tickets and made plans for a holiday in Barcelona when covid hit and Italy closed its borders.

‘He insisted that I should go without him, but I said no and we stayed at home, him in Turin, Italy and me in Prague, Czech Republic. 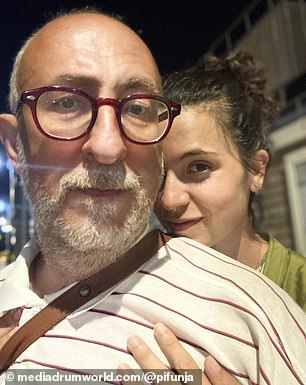 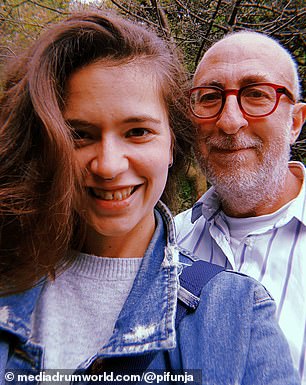 The couple (pictured) initially dated for two months, until Alexandra broke things off feeling that she was not ready for a mature relationship

‘We spoke a lot during the lockdown, there was not a day that we did not tell each other what we were doing and he was always there to listen to all my problems.

‘Once or twice he forgot his phone or I had a meeting and several hours would go by without us speaking, I could feel that something was missing.

‘As soon as the first lockdown ended I flew to Turin to see him in real life and we started living together in Italy in September 2020.

‘That was also when I got pregnant for the first time, unfortunately, I suffered a miscarriage five weeks later, but it made us realise that we want to be together, get married and start a family.

‘In February 2021, I got pregnant for the second time this time the pregnancy lasted seven weeks and we got to hear the baby’s heartbeat before I suffered a miscarriage.

‘It was a very difficult time, and it hit us very hard. Antonio asked me to marry him for the first time when I was recovering from that loss so initially, I told him I will have to think about it. 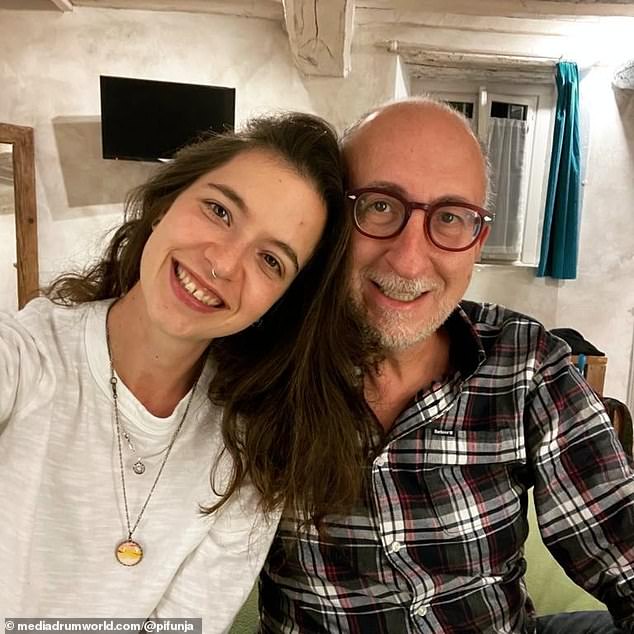 Alexandra suffered two miscarriages before the pair decided to tie the knot. She says losing the first baby made the couple realise they wanted to be together and have a family 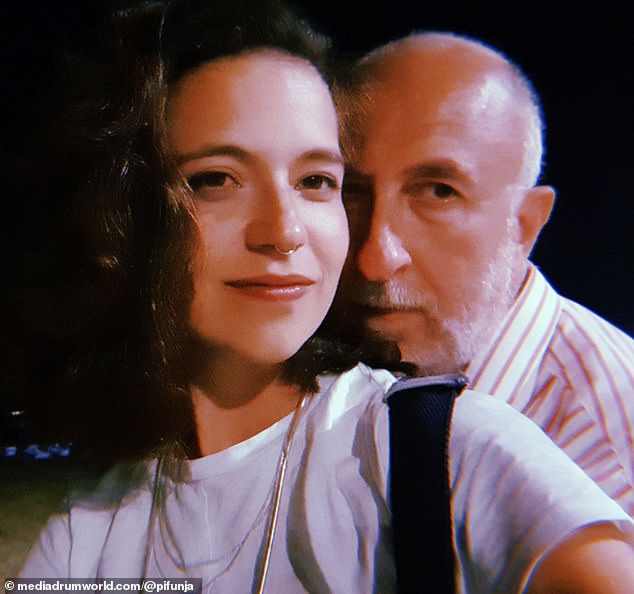 Antonio proposed to Alexandra in February 2021, but she said she would have to think about it. But when he asked again in June, she said yes, and they wed in December that year

This was not the first age-gap relationship Alexandra had been in her very first relationship when she was 16 was with a 26-year-old man.

Before meeting Antonio she had also been in a relationship with a man who was 19 years older than her.

‘I discovered very early on in my dating life that I don’t like the system.

‘I want you to show me something that I don’t know. Most of my relationships have been age gaps and most of them have been more than 10 years age difference.

‘I prefer a man who knows how to live, I want a man who is experienced, who is well-travelled and knows who he is.’

There are a lot of misconceptions about age-gap couples, but Alexandra insists that for the most part, they are just two regular people who fell in love just like anyone else. 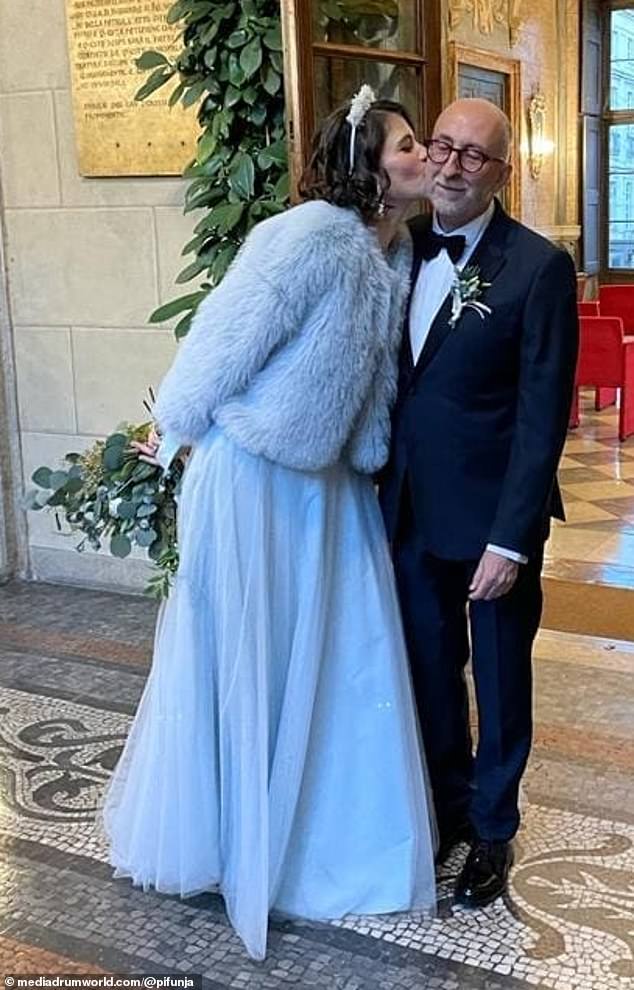 Alexandra, pictured here during her December 2021 wedding to Antonio, says she has had other age gap relationships in the past 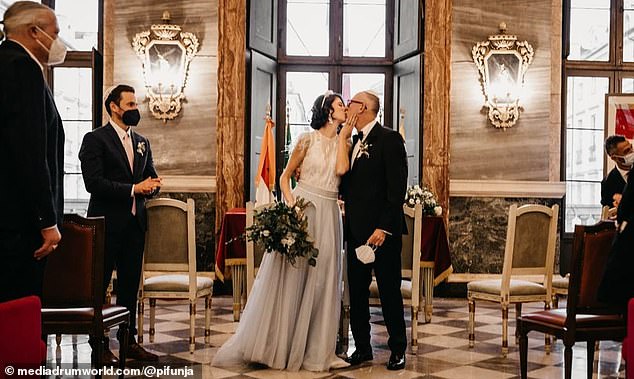 The 31-year-old wants people to be more educated about age-gap relationships, and to stop judging others for things that are outside of the norm

‘The main problem is people are not educated about age-gap relationships. They judge each other on everything, anything out of the norm is unacceptable.

‘People make comments about you, your partner, your relationship but you don’t have to explain anything to anyone just be happy.

‘I think women should also be accepting and aware of the fact that your partner will go much earlier than you and he will pass away.

‘And you have to understand that now you may be experiencing a very good part of your relationship, at some point your partner will be very old.

‘You have to understand that it will come and you have to be prepared for that as well.

‘You will not have sex, or travel, or any adventures but if it is a relationship you should be all in for everything.

‘And for men, if you are having children in age-gap relationships remember that you have to raise them as well.

‘Antonio knows that and he hopes that he will still be alive to see our children graduate from university.’